I could not be more excited to bring you some updates about a special pup who spent 435 days at SafeHaven Humane Society in Oregon. Her name is Ellie, and she’s a former bait dog. When rescuers found her in Mexico in 2018, Ellie was chained up beside her litter of puppies. The heavy chain had to be cut off with bolt cutters.

On January 4th, 2020, Ellie found her forever home at long last. Her new family recognized her potential and saw that her [now much improved] behavior problems were a real product of her previous situation. Safehaven Humane Society shared an emotional farewell to their long term resident on Facebook.

“Ellie has learned over time to begin trusting humans again and it was obvious she had found her people when she bonded with them immediately. Everyone who saw them said the same thing when they saw her leave: ‘It’s like she knows she’s going home finally.'”

Given the situation rescuers found her in, Ellie had a wariness around new people. Her frightened behavior made her seem less adoptable to visitors. Staff and volunteers worked very hard to help her trust again during her stay there.

Finally, Ellie is getting all the love and spoiling she deserves. She goes on hikes and beach runs with her people. She receives special treats and lots of attention.

“We taught Ellie to put her head out the window, now she loves it. When we go to Dutch bro’s Ellie gets a Pup-a-Chino.”

Ellie Has Lots Of People To Thank For Her Rescue

So many people are responsible for Ellie’s second chance. Firstly, Ellie got on a START transportBy providing transport out of high-kill areas with overcrowded shelters, dogs that might not have otherwise get new leases on life.

Fortunately, Ellie’s waiting is over for good. She’s home forever and she clearly knows it. Just look at this giant smile!

Thank you to our iHeartDogs.com supporters and all the volunteers who gave Ellie her well-deserved happy ending!

Some pretty great rescue dogs end up spending far too much time in shelters. Some have medical conditions, some have difficult pasts, and some are just getting up in age. All of them deserve to find families to love them.

That’s the thinking that inspired Petfinder.com to celebrate Adopt A Less Adoptable Pet Week, and they’ve been doing it for the last 10 years. The goal is to help senior animals and other long-term shelter residents find their fur-ever homes. The annual event takes place during the third week of September.

This year’s Less Adoptable Pet Week runs September 16 — 22, so we’re most of the way through already. That said, giving love and support to a dog in need is never out of season! Today is all about Ellie, a 2 year and 10 months-old Pit Bull mix who currently lives at SafeHaven Humane Society in Tangent, Oregon.

Ellie arrived at SafeHaven from Mexico just under a year ago. Things had not been so easy for her when she was found. She was chained up with a litter of puppies. The chain was so heavy it had to be cut off of her with a pair of bolt cutters. Her rescuers suspect she was used as a ‘bait dog.’

Even though all of her puppies have since been adopted, Ellie is still waiting for her fur-ever home.

Like many dogs with troubled pasts, Ellie appears a little standoffish when you first meet her (and who can blame her,) but once she gets to know you she’s a spunky and loving dog. She’s very smart and an athlete to boot! Since she’s been at SafeHaven, Ellie has really enjoyed her various group canine sports classes. She’s especially adept at agility, flyball, and scent work. She’s been working with trainers to gain confidence around people.

Ellie will probably do best as the only animal in a home. She would be the perfect companion for anyone looking for an active and enthusiastic dog. She really likes playing with toys and even carries them around with her when she goes out.

SafeHaven is proud of the progress Ellie has made and eager to see her find her fur-ever home. They shared her story on their Facebook page with a positive message.

“Unfortunately, Ellie’s story is not uncommon in our world and we work every day to save animals just like her. We don’t believe her past should be a reflection on what her future could be!”

Ellie definitely didn’t deserve her past, but she does deserve a wonderful future in a loving home. Come on, can you really say no to this sweet face?

She’s already been spayed and her adoption fee is only $50. If you have an interest in taking home this athletic sweetheart, you can get in touch with SafeHaven here. It’s never too late to save a life and write a happy ending to Ellie’s story! 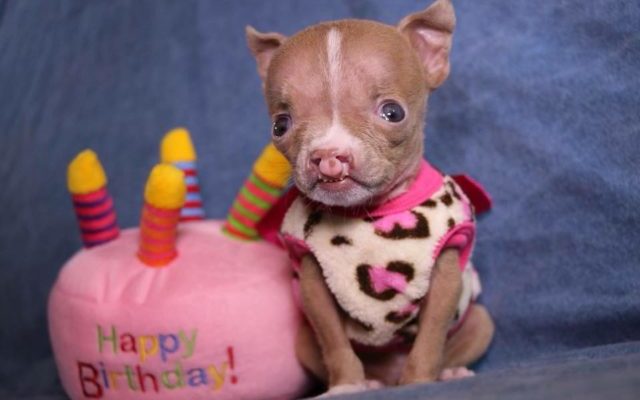 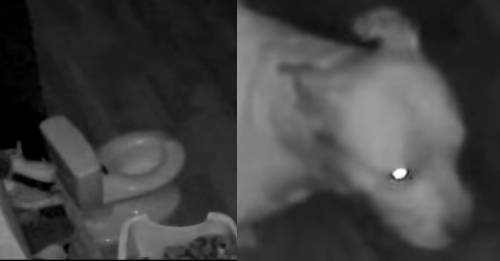 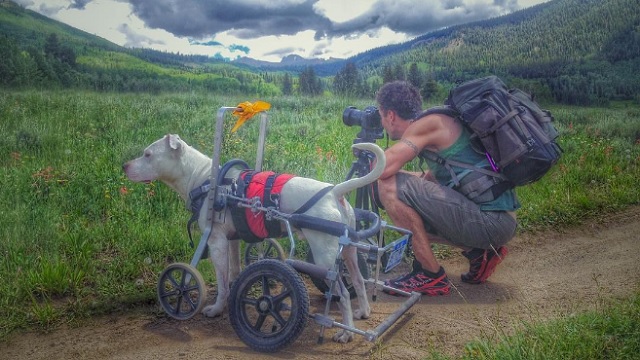