Movies have the power to make us squeal with delight, cheer in victory, laugh hysterically, and sob uncontrollably. For dog lovers, movies that feature pups in peril, saving the day, or crossing the rainbow bridge are enough to bring us to our metaphorical knees. We’ve wrapped up a list of dog movies that are sure to pull at your dog lovin’ heart strings. Grab your box of tissues and snuggle up close. This is going to be sad-but great.

This original film adaptation, and the classic children’s book it was based on, have been making people bawl since 1961. Billy is a country boy living in the Ozarks who has dreamed of owning two hound dogs his entire life. He finally gets his wish when he brings home Old Dan and Little Ann, two adorable and talented Redbone Coonhound pups.

Old Dan is not as bright as Little Ann, but he makes up for it with his grit and brawn. Soon the team proves themselves to be the best hunters in the area, bringing home plenty of coonskins to help support the financially struggling family. If it’s been a while, you may not remember exactly how it happens but you know how the story ends. This one will have you choking back tears retelling it the morning after.

John and Jenny were freshly married and beginning a new chapter in their lives after a relocation to sunny Florida from snowy Michigan. Jenny starts feeling the itch to start a family but John isn’t quite ready yet. Thinking a puppy may pacify his bride for a while, he brings her to pick out a squirmy, squishy yellow lab.

They name him Marley and he definitely brings love to their lives but he is rambunctious, destructive, and not into following orders. As their family grows, Marley proves just how close the bond between human and dog can be in this heartwarming and funny tale about life with your first best friend.

The New York Times bestselling memoir that inspired this film was written by John Grogan and delivers as many laughs and tears as the movie adaptation.

Whether you believe in it or not, Bailey’s death and rebirth as many different dogs with the same sweet soul over the course of several lifetimes will have you hoping reincarnation is real. Right away we witness a rough little stray being put down tragically early in life but are relieved when he awakens again in a brand new body. With Bailey narrating, it’s clear that he remembers everything from his previous life and he begins to question what this journey is all about.

This time around he is welcomed into a loving home with an 8 year old boy named Ethan who spends a long and happy time with Bailey well into his college years. We get to see several iterations of Bailey but he is eventually brought back into Ethan’s life, just when Ethan needs him most. Opportunities for happy and sad tears abound in this touching story.

This is the story of two dogs and a cat who are taken to stay with a friend while their family goes on vacation. Confused and heartbroken, thinking they’ve been deserted for good, they set out to make the long journey back home through the sometimes treacherous California wilderness. Faced with a mountain lion, a grizzly, hunger, raging rivers, and more, the trio find their way home against all odds. Although sometimes a close call, we are spared of any lost lives but when they reunite with their people after the journey, you’ll be snivelling into your shirt sleeve.

If you just can’t get enough of this classic tale, check out the original film version or the novel by Sheila Burnford that inspired it all.

Turner is a bored cop working the beat in a small town that never has any real criminal action. Just before transferring to a bigger, and more crime ridden, city Turner’s friend Amos is murdered. Turner finds himself with a huge, personal case to solve and the reluctant inheritor of a massive, slobbery pooch named Hooch. The pair have a hard time working out their relationship at first, but puppy love prevails, despite Hooch’s insatiable appetite for car upholstery and thunderous snoring problem. What gets this buddy cop film on our list is an ending that leaves star Tom Hanks sobbing and will likely have the same effect on you.

If you’ve ever doubted that dogs are devoted to their humans (we know, you haven’t) this movie based on a true story will snap you back to reality real quick with a bucket of tears for good measure. Based on the true story of a Japanese professor and his Akita, Hachiko, the movie retells this tale of love and loyalty. Hachiko would go to greet Professor Ueno every day as he departed the train at Shibuya Station in central Tokyo. One day, Ueno suffered a cerebral hemorrhage and lost his life. Hachiko waited at the station but his favorite person never came back.

Hachiko returned to the station each day, showing up at just the time the usual train arrived to faithfully wait for his human. This went on for nearly a decade. Reading those words are enough to choke up any dog devotee. Hachi has been the subject of numerous films, has a statue in his likeness erected outside the station, and his preserved body is permanently on display at the National Science Museum in Tokyo.

Perhaps the original “ugly cry” dog movie, Old Yeller has been ripping the hearts out of viewers since 1957. We all know what’s coming. This story is as old as the day is long. That doesn’t stop us from dropping fat, horrified tears into our tightly gripped bowls of popcorn as the movie drives to its climax. Though hard data isn’t available, it’s probably not a stretch to say that the book and film of the same name had a positive impact on the proliferation of the rabies vaccine. If you’re one of the few who have never seen this film set in 1800’s Texas, get ready for a wild and heart wrenching ride.

Based on the memoir of Pulitzer Prize winning author, Willie Morris, My Dog Skip shows readers and viewers alike that your favorite person doesn’t have to be a person at all. Oft quoted, Wille said of Skip, “I was an only child. He was an only dog.” They taught each other how to love, how to be there for each other, and how to have fun. The last scene of the movie (above) is a doozie so get your tissues ready.

Shiloh is an adaptation of the novel by Phyllis Reynolds Naylor, which shares with viewers the story of an abused dog who just wants to get away. He forms a bond with 11 year old Marty but his dad won’t let him keep the adorable beagle because he is friends with the hunter who feed, houses, and abuses the poor pup. Finally making his escape, Marty makes a deal with the miserable hunter to work in exchange for Shiloh. Learning the value of a person’s word and honor in the process, Marty stands up for what’s right and good, even when it’s scary to do so.

If you love dogs that show all their teeth to give you a smile and sneeze to show you they totally understand, then you’ll love Winn Dixie. Prolific author Katherine Applegate originally penned the story which was adapted for film in 2005. Opal is the daughter of a preacher who is doing her best to make her way in a new town without the support of a mother.

At the local grocery store one day she comes upon quite the scene as a large, dirty dog is tearing through the place causing quite the ruckus. Opal lies and says the dog is hers and not being able to think of anything else, says his name is Winn Dixie, the name of the store.

Opal and Winn Dixie make friends all over town. You can’t meet the dog and not instanly fall head over heels for him. Although thankfully Winn Dixie makes it to the end, it’s not without some scares along the way. Most of the tears are the feel good kind, best enjoyed in the close company of your furry friend.

Coming Soon and Sure to Choke You Up: A Dog’s Journey (sequel to A Dog’s Purpose)

As if you hadn’t cried enough tears following the lives of Bailey the reincarnating dog, he’s coming back to share more lives with the granddaughter of Ethan. The previews alone are blubber-worthy. The film comes out May 17, 2019.

The next time you feel the need to shed some tears and release some hard won emotions, check out any of these tear jerkers. They are sure to help you spring a leak, especially with your sidekick close at hand. 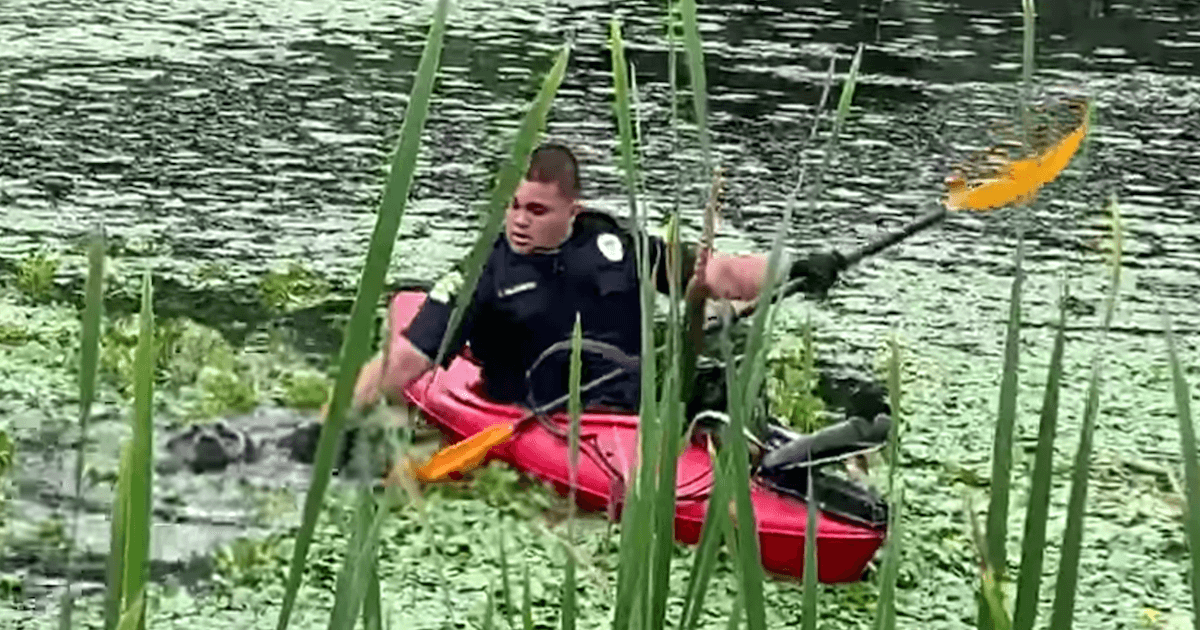 Officers Use Kayak To Rescue Dog From Muddy Pond 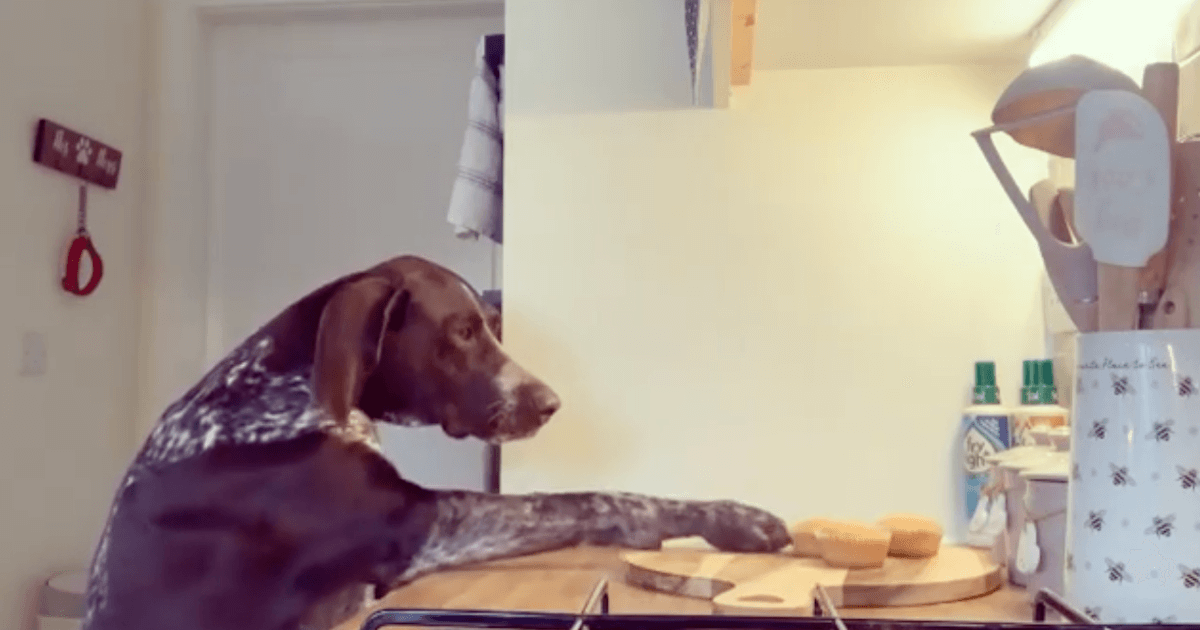 Woman Discovers That Her Dog Is A Secret Cupcake Thief