The dog meat trade is notoriously cruel. Dogs are bred for their meat, never getting to experience the world outside their cage. Some dogs were once family pets, who were stolen from happy homes and sold to farms. In some cultures, people believe that fear makes the meat taste better, and dogs are viciously abused before slaughter for the sake of “flavor.”

But the sentiment toward dog meat is changing. What was once thought of as a traditional food or delicacy in many eastern countries is now falling out of favor. A recent poll from Humane Society International shows that most South Koreans have zero interest in eating dog. This situation went almost unnoticed before because it was unpleasant to discuss the suffering of dogs or the presence of dog meat farms. But in recent years the media has given the dog meat trade more attention, helping raise awareness and opposition to the slaughter of dogs.

A younger generation of South Koreans is rejecting old ideas and becoming more open to having dogs as family members, not food. This is excellent news for dog lovers everywhere. Humane Society International is working hard to spread the word about how dog meat farms really operate and are shutting them down one by one. They recently closed a 17th dog meat farm in South Korea, saving nearly 200 dogs who had been living in stacked, cramped cages. Nara Kim, HSI Korea’s Dog Meat Campaign Manager, says that, though they’ve shut down several farms before, this rescue was especially heartbreaking.

“Every dog meat farm I’ve visited has a horrible stench of feces and rotting food, but there was something different about this dog farm, it had a smell of death. The conditions were truly pitiful, and when we found these dogs they had looks of utter despair on their faces that will haunt us forever.

“Many of them are covered in painful sores and wounds from neglect, some have inflamed eyes and peer out blindly from their cage. I feel grateful they can no longer see this horrible place they live in, and when they finally receive veterinary care and can open their eyes, they will never have to endure this hopelessness again.“ Thanks to HSI, these dogs are now on their way to a much better life. All 196 dogs were tested for canine influenza, vaccinated, and after a 30-day hold, will be transported to rescues in the U.S. to find loving families of their own.

The owner of the farm, Kim Il-Hwan, says the last few years have been especially difficult. The industry is in decline, and he can see the writing on the wall.

“Dog meat consumption is really low and is getting lower. I don’t think anyone under 50 years old eats dogs anymore. The media coverage of the animal protection movement has changed people’s minds so much. There’s no future in dog farming.” 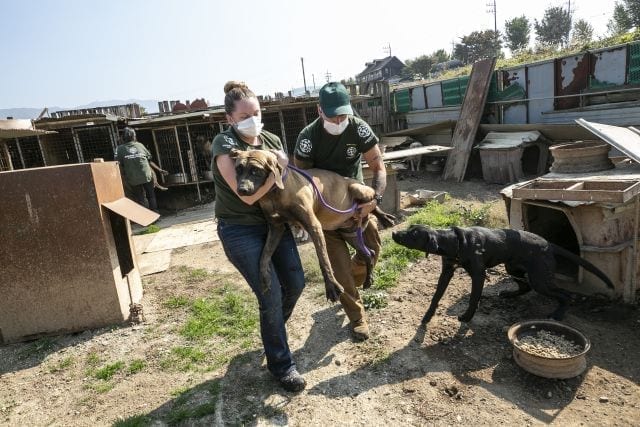 HSI is unable to shut down farms by force. Instead, they convince farmers to give up their way of life and adopt a new one. It hurts us to think of dogs being used for their meat, but for farmers in countries that have always accepted the eating of dog meat, it’s no different than raising chickens or cows for slaughter. But as consumption decreases, farmers are becoming more eager to get out of the business. Like other former farmers, Kim will receive financial and career assistance from HSI in return for surrendering his dogs and leaving the dog meat trade. He says he is now looking forward to a new beginning in construction.

There are still an estimated 2,800 registered dog meat farms operating in South Korea, but the decline of dog meat consumption and the changing attitude among the people could mean more closures and at a faster pace. You can help Humane Society International in their mission to end the dog meat trade by donating to their cause at HSI.org. 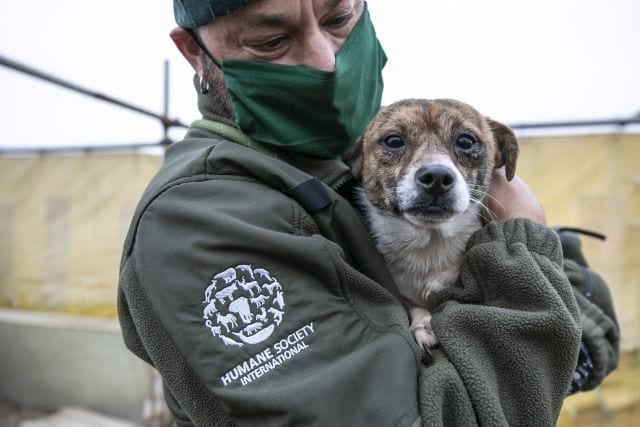