When we love our dogs like family, we sometimes forget that they don’t understand us quite like our human relatives. Sometimes we try to have full-on conversations with them or unknowingly send them body language signals that are interpreted differently in the animal kingdom. For these reasons, we’ve compiled a list of 11 common things that humans do that stress dogs out.

If you’ve done any of these things, don’t worry–we all have! But by being more aware, we can try to communicate with our canines as clearly as possible. And lucky for us, there’s no limit to their forgiveness!

1. Getting frustrated when your dog acts like…a dog!

Dogs bark, dig, chew, sniff, and steal table scraps that are within snout’s reach. To them, it’s natural behavior! (Plus, they don’t understand the value of your favorite pair of shoes.) However, this doesn’t mean your dog should have free reign to do whatever he likes. Instead of punishing these behaviors, they need to be redirected–and this takes patience! Vet Street suggests alternatives such as giving chewers stuffed Kongs to gnaw on, or teaching barkers to learn to use their “inside voice”. 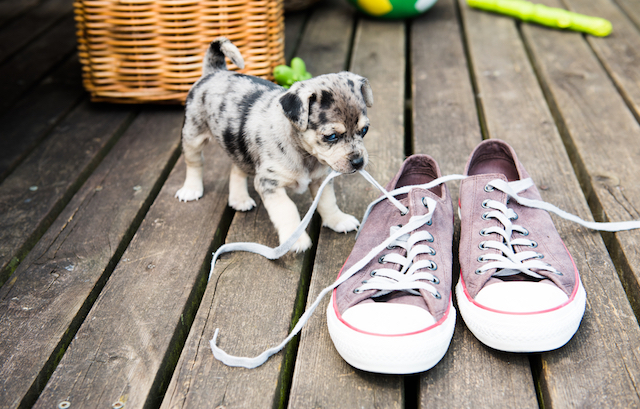 2.  Having inconsistent rules and boundaries

Dogs thrive on consistency and routine, and take comfort in it. If your pup is allowed on the couch one week, then scolded for it the next, she will become stressed when she can’t anticipate your reaction to her behavior. She won’t understand if one night you decide to “let it slide” or you allow her to break the rules for a “special occasion.” When you create boundaries, stick to them! 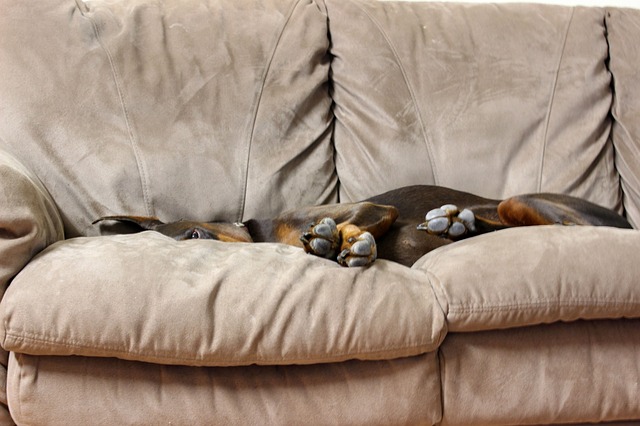 3. Expecting your dog to obey you just because they want to make you happy

While our dogs love seeing us happy, they’re still animals and opportunists (for instance, if they see an opportunity to snatch some leftover chicken off the counter, they will usually take it!). Some dogs do obey their owners simply to please them, but most of them perform for one simple reason: to receive their reward! Vet Street explains that inconsistent rewarding will most likely lead to inconsistent behavior. And you can’t be angry with your dog for not obeying if he can’t expect a treat in return. 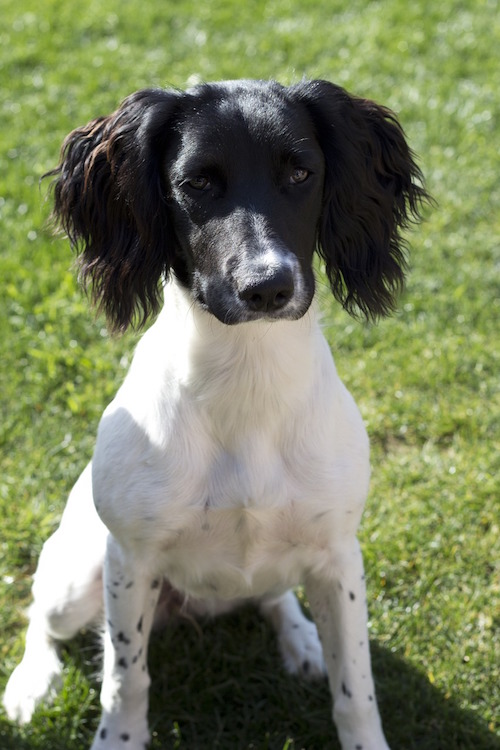 This one can be a tough habit to break! Say your dog is barking at the mailman, so you say, “shh!” “stop!” and “quiet.” You’ve given her three different commands that are supposed to mean the same thing: quit barking! Your dog gets confused so she continues to bark and eventually gets scolded–but she doesn’t know why! The best plan is to come up with specific words to apply to each trick or command, and to make sure everyone in your family is on the same page. If you use “down” for “lay down,” you may have to use something like “floor” to tell your pup to get off the bed! (Here is a great article on giving command cues.) 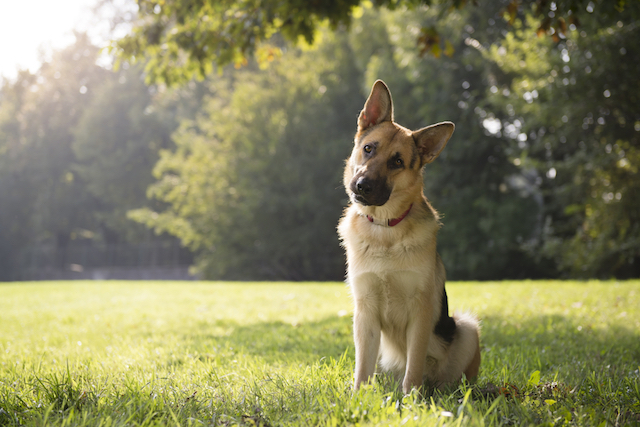 5. Saying “it’s okay” when your dog thinks it’s not

When our dogs are anxious, we want to comfort them. Often saying “it’s okay” in a soothing tone is our natural human response. But according to Healthy Pets (via Mercola), we’re training them to think the opposite. If we use the phrase in conjunction with doing something they don’t like–for instance, taking them to the vet or as we’re trying to clip their nails–they learn to associate the phrase with things that aren’t okay! If “it’s okay” means something bad is about to happen, that can really stress your dog out! 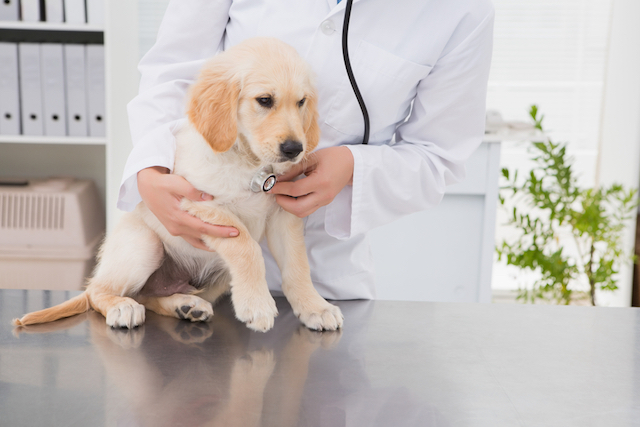 6. Pulling on their leash

Walking the dog can take twice as long if you have a curious pup. Most dogs love to stop and sniff when they’re outside, only for their humans to tug on the leash or drag them along. Dogs can get a lot of information by sniffing something. It’s how they see the world. So, walks are important not only for exercise, but they’re often the highlight of your pup’s day. Instead of pulling them every time they sniff, be patient and let them enjoy their surroundings. 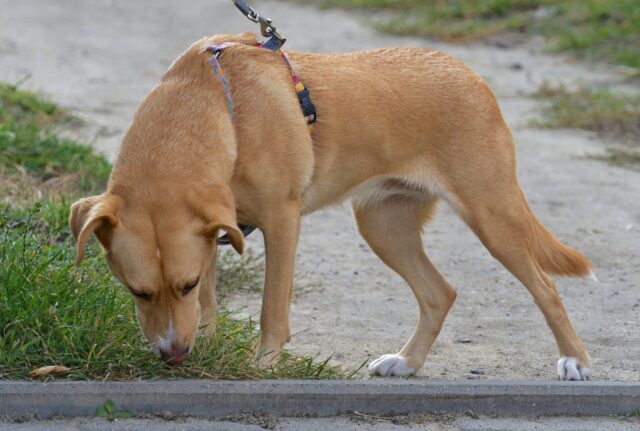 7. Pointing or shaking a finger at them

Healthy Pets explains that this gesture is a “universal stress inducer for dogs.” The article says that it is often accompanied by an angry gesture, a hovering stance, and a stern tone. Your pup may not remember when he did to deserve the “finger point,” but he will know that you’re upset with him, causing anxiety. 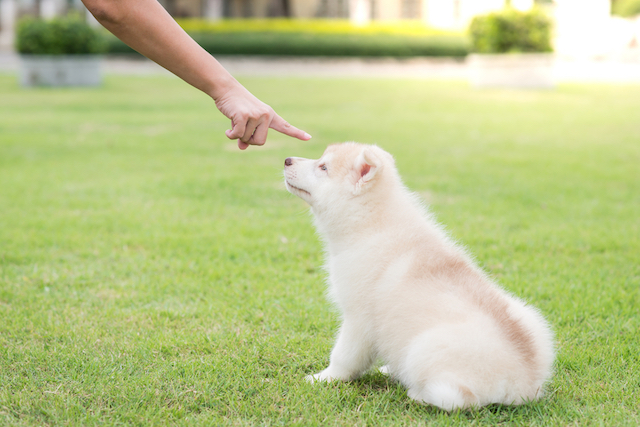 8. Restraining or cornering a dog to give them affection

There is debate whether dogs like hugs or not. The answer is simple: it depends on the dog. (And also the human–some dogs may only enjoy hugs from their trusted loved ones.) While humans know hugs to be a sign of affection, some dogs feel nervous or trapped when a human wraps their arms around them. Note that there is a difference between hugs and cuddling: a dog that doesn’t like hugs may still love to snuggle because he doesn’t feel restrained. The point is, we need to keep in mind that each dog has a different comfort threshold. They deserve to have their personal boundaries respected, too! 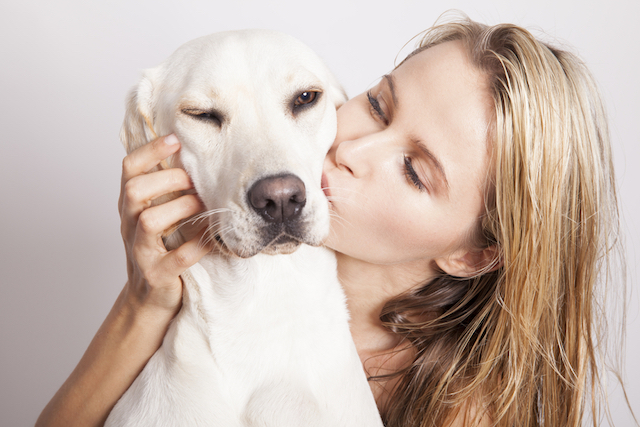 9. Staring at a dog you don’t know

First off, there is a difference between the loving gazes shared between a pup and her family members and a dog that’s being stared down by a stranger–we’re talking about the latter. If you meet a new dog, try to avoid eye contact and staring at him as he’s getting to know you. Some dogs will consider extended eye contact from a stranger to be a challenge, which will increase their stress response. (My pup Luna and I know this from experience!) 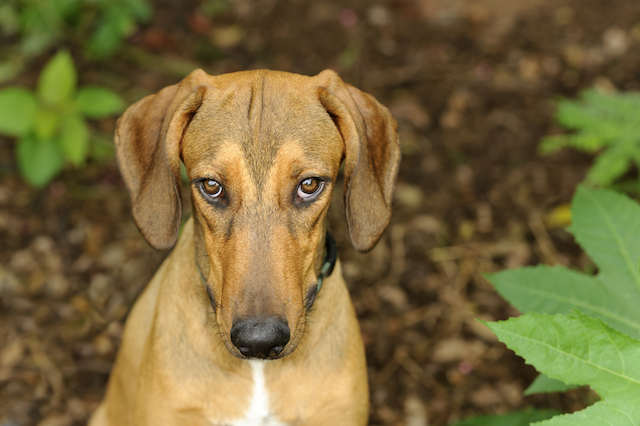 10. Leaving them alone too often

Many dogs suffer from separation anxiety, so they get stressed every time they’re home alone. Extreme cases of canine anxiety could lead to destructive behaviors or accidents in the house. You can’t stay home with them 24/7, but if you know your dog gets stressed, you can find ways to make alone time easier.

If possible, don’t leave your dog alone for more than six to eight hours. Before leaving, make sure they have access to water and toys. Some dog parents make leaving and coming home a big deal, but that only stresses out your dog more. About 20 minutes before leaving your dog, don’t pay attention to them. When you get home, wait until they’ve calmed down to interact with them. Then, your dog will learn to feel less anxious when they’re alone. 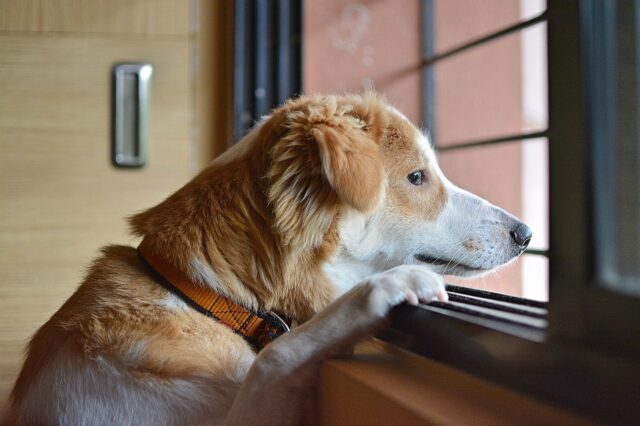 11. Not giving them enough exercise

Like humans, dogs get bored if they don’t have enough physical and mental stimulation in their lives. “Dogs that are unsatisfied and bored will often start destructive behaviors such as chewing and digging, which leads to unfair punishment and stress,” explains Katie Finlay for iHeartDogs. Remember, your dog can’t entertain himself by enjoying a Netflix binge or taking himself for a walk. He depends on you to stay fit, physically and mentally! 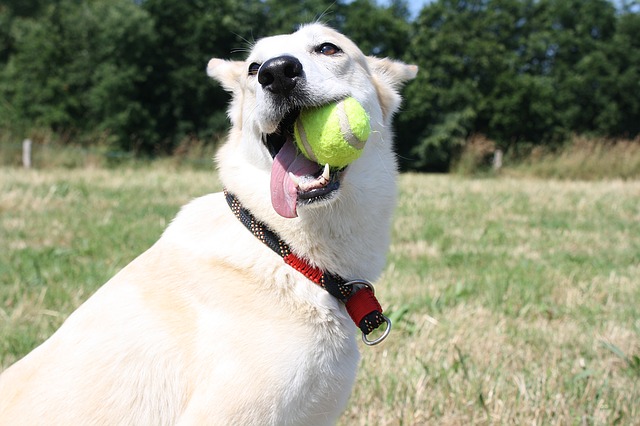 Which one of these points did you find the most helpful or interesting?

If you enjoyed this article, check out 13 Things Humans Do That Dogs Dislike. 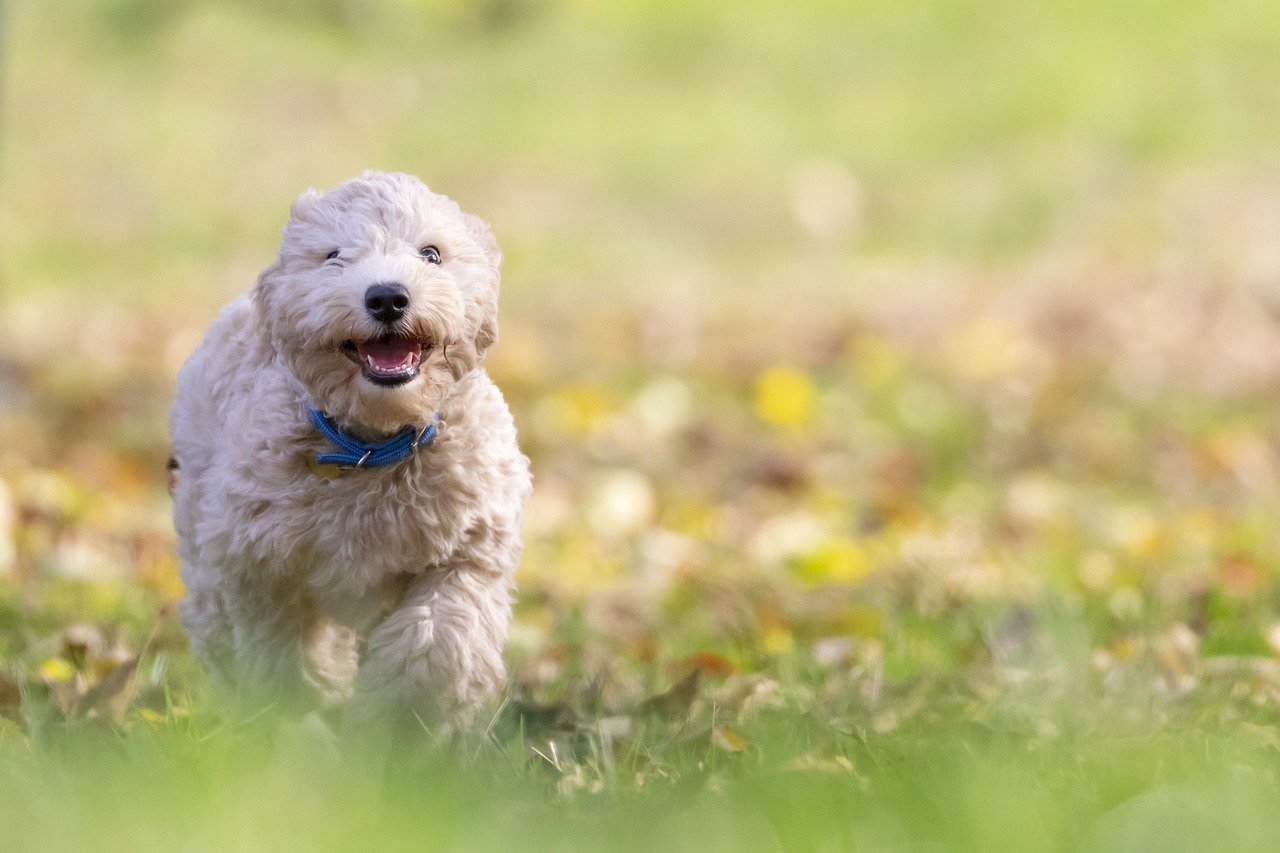