Scary. Mean. Vicious. Aggressive. Every breed on this list has been called one or more of these harsh words on numerous occasions. And sadly, these breeds have been called a lot worse. But why? What is it that surrounds these dog breeds that makes people fear them so much? If they say, “it’s not the dogs, it’s the people,” then why such stereotypes? After all, dogs are the most loyal creatures on earth whose sole purpose is to make their owners happy.

We know that pit bulls have been given a bad rap thanks to “owners” that use them in a way they should never be used, but what about the others? We here at iHeartDogs hope to help dispel the rumors about these 4 breeds that are often unfairly treated. By doing so, hopefully people can see that these breeds, who are often misunderstood, can actually be some of the most lovable and friendly dogs when they have good humans that treat them right. German Shepherd Dogs are often used for police and military work, and also makes excellent choice for seeing eye dogs. But due to their intimidating looks, strength, and determination, we can see why some people may be quick to misunderstand them. And like the pit bull, the GSD is used by some to elicit fear in others. (I know if I were a criminal, I’d be scared if I saw one of these K9’s coming at me!)

But have you ever gotten to know one? While they may also make for the cutest puppies you’ve ever seen, these are not your couch potato dogs that will lay around all day long. They are not lapdogs that will curl up on you while you are watching television–that is, unless you’ve exercised them first. GSD’s thrive on routines, performing tasks, and need an outlet to fuel their energy and sharpen their intelligent minds. For a person with a lot of stamina looking for a loyal companion to keep up to speed with them, the GSD may be just the dog for you.

These dogs also serve as excellent family pets, who bond easily with children and will prove their loyalty to their family in almost any situation. So don’t let those looks or rumors fool you, the GSD makes a terrific choice for an active family dog. These dogs can be trained to be do almost any task, and they also rank #1 on many lists as being the best guard dog there is. This breed should come as no surprise on this list. For those pit bull lovers, they will be the first to tell you that pit bulls are extremely affectionate dogs who love to cuddle and crave being near their humans. And what’s even more surprising? These tough looking dogs are also gentle and sweet! Sadly, this breed has received a lot of heat for reasons completely beyond their control–there are cruel humans who mistreat them, abuse them, or think they are getting a “guard dog” based simply off looks.

Many breeds fall under the labeling of pit bull, including the Staffordshire Terrier, American Pit Bull Terrier, and the Staffordshire Bull Terrier. But worst of all is that a “pit bull” type dog is the #1 breed found in most animal shelters, but it has been discovered that this may be due to mislabeling. The label alone is enough for many people to overlook those sweet smiles and expressive eyes, choosing another dog simply because they haven’t been labeled as such.

For a foolish individual to think they are getting a protection/guard dog when they get a pit bull, they need to think again. These dogs have gentle spirits and do NOT do well as guard dogs. If someone were to force you to do something you didn’t want to do, you would react in fear, no?

Thankfully in recent years, new light is finally being shed on dogs of this breed who deserve positivity for the many good things they can offer. These intelligent and athletic medium-sized, muscular dogs can make great family pets and even do well with small dogs and cats. In my line of work, I often see stories of pit bulls saving the day, working as certified therapy dogs, even helping their owners who suffer from depression; but slowly these highlights are beginning to go mainstream. A favorite among many celebs, for those who have earned the undying love and devotion of a pit bull, they will tell that that’s the only breed of dog for them. If only the rest of the world could learn not to judge a book by its cover, then these smiling dogs with hearts of gold would be used only for what they were intended, faithful companions. Strong and steadfast, these are all traits that can describe the Doberman Pincher. But what you may not have known is that the Doberman is the only dog breed in existence that was actually bred specifically for human protection. The founder of the breed, Louis Dobermann, worked as a tax collector in Germany in the late 1800’s. Seeing as his job involved carrying around quite a bit of cash through some questionable neighborhoods, he needed a working dog that would protect him if such a situation were to present itself.

Throughout the years, Dobermans have been portrayed as the “evil” dog or often used as the breed of choice for gangsters/cartel, drug lords, etc., and often painted in Hollywood as the menacing dog that will tear a person to shreds.

While Dobermans rank as highly intelligent, in the top 5 with other breeds such as the Poodle and Australian Shepherd, Dobermans can become destructive if bored, and need to live indoors with their families in order to thrive. For anyone that has ever had a Doberman, they can assure you that these “velcro dogs” do well only in an environment where they can be with their humans. For those that they love, a Doberman would go to great lengths to protect them from danger. Want a dog that’s highly trainable and aims to please? Then maybe a Doberman is the dog for you!

Another important thing to note is that due to their smarts, these dogs can be stubborn, and it needs to be established that their human is the alpha, not them. Most people recognize the Doberman by the cropped ears, which enhances the deterrent look of the breed, but many today now sport a natural ear. The cropping of ears is now illegal in Europe, and in the decades to come we will likely see the trend carry over to the US.

I have a Doberman puppy, and I will tell you he is a bigger baby than my miniature poodle–insistent upon snuggling under the covers at night!

A total love bug, as you can see: Although they look mean if you didn’t know one, Dobermans love to be cuddled, petted, and most of all, babied by their owners. Not so scary after all, are they? These large dogs are most certainly intimidating if you don’t know anything about them. But, these dogs can be gentle giants if they learn to have manners from an owner who works with them to establish rules and boundaries. People often think of a dog like a Rottweiler as being “aggressive,” but they would be surprised to know that Dachshunds actually rank much higher in aggression than a Rottweiler would. These big boys do have a massive build with a strong jaw, and from a young age, important commands like “drop it” must be taught.

Rottweilers also make excellent guard dogs, and they can be reserved around strangers, but they are extremely affectionate and loyal with their families. Many Rottweiler owners can attest that these dogs love to shadow their owners, with a strong desire to be near at all times. Originally bred for herding and protection in Ancient Rome, this is a breed that might love people more than other dogs. Don’t let that big bark scare you, these dogs can be extremely gentle–especially with children.

Despite being feared by many, the Rottweiler recently ranked 9th on AKC’s list of the most popular dog breeds of 2015. And we can see why, because these big pups are clearly awesome! 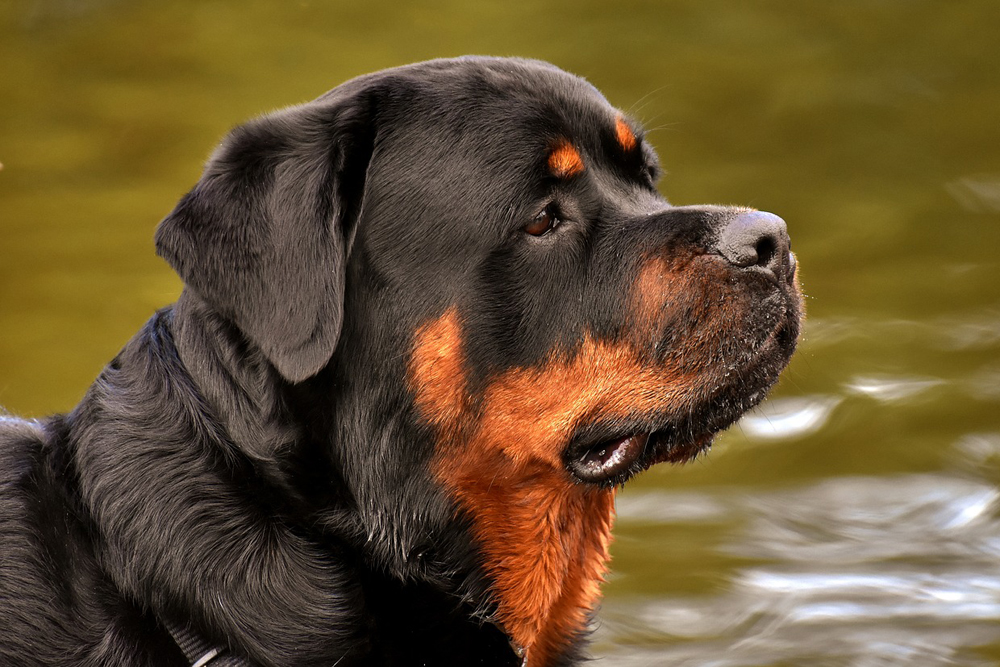 CBD for Rottweilers: 5 Vital Things To Know Before Giving Your Rottweiler CBD Oil or CBD Treats 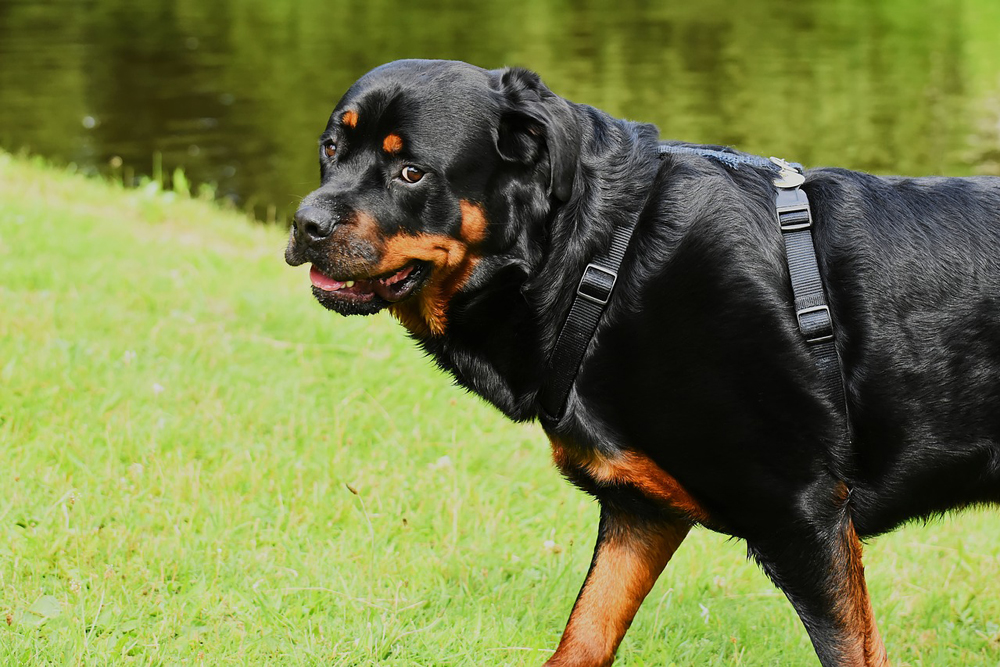 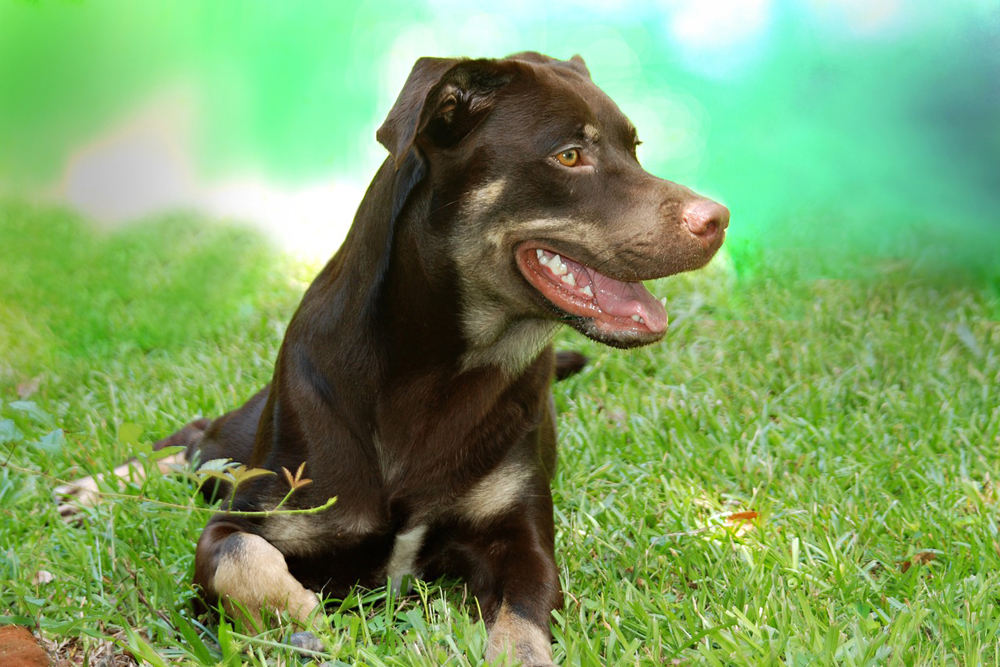 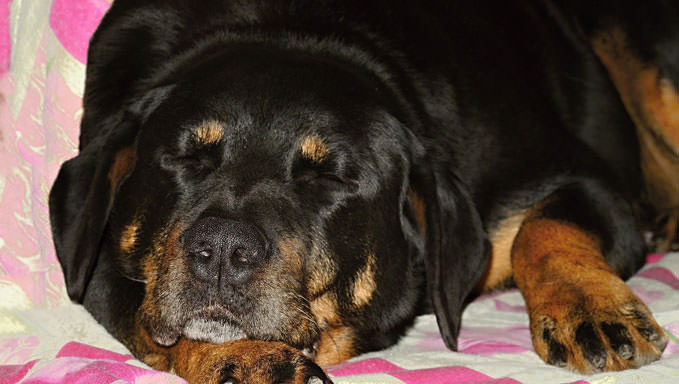