The Internet is overflowing with videos of cute dogs watching intently as some sitcom, sports program, or celebrity pooch makes an appearance on TV. Some dog owners even leave the TV on when they’re not in the room claiming their dog likes to watch. But do dogs actually understand what’s happening? And do they genuinely like what they see? A scientific answer to those questions is still pending, but research suggests it might be time to pass the remote to your dog.

Contrary to popular belief, dogs don’t only see in black and white. They’re color blind, but their vision is limited to the yellow and blue specturms. Color isn’t the only difference in how dogs see compared to humans. The canine eye registers and identifies images at a faster pace than a human’s. Essentially, your dog’s eyes are too fast for older, non-digital TVs. For them, the image is choppy and confusing.

Recent technological advancements, however, cater to your dog’s fast eyesight. Digital and high-definition television is better suited for dogs and allows them to see the same continual image humans see. As most of the population has made the switch to digital television, the modern dog is seeing things its ancestors only saw in jumbled spurts. 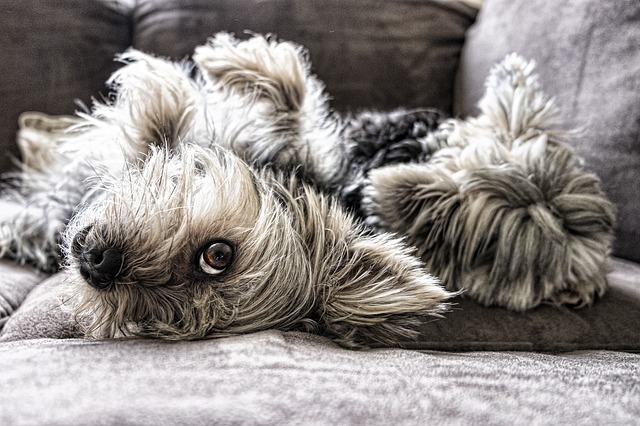 Now that dogs can actually watch TV as it’s meant to be watched, there’s no reason they can’t enjoy what they see. Research has found dogs are capable of identifying objects and shapes, and they can tell when a dog is on screen versus a person. Their attention is especially spiked if the image is accompanied by sound. That’s why your dog seems most interested in tuning into the TV when there’s a barking dog on screen.

Whether or not your dog genuinely enjoys watching TV depends on your dog’s personality. If your TV is on all day, your dog might be desensitized to it. The moving pictures and sound are as much a part of their normal environment as the carpet and furniture. Some dogs take an initial interest in what’s happening on screen and then get bored when the celebrity dog doesn’t come out to play.

Your dog’s breed may also contribute to their TV watching habits. Hounds that prefer to rely on their sense of smell tend to be generally disinterested in television. Sight dogs, like terriers and herding breeds, are attracted to the moving objects and are entertained by following an image across a screen.

If your dog adorably tilts his head every time you turn on the TV or suddenly calms down at the start of your favorite show, there’s a good chance he’s reacting to positive stimuli. Watching TV can keep a dog mentally engaged, and the sounds can provide comfort when they’re left alone. Don’t let your pup turn into a couch potato, but it’s okay to paw over the remote and let them indulge in screen time if it’s what they like.