A Golden Retriever and a UPS deliveryman had made a handshake deal: whenever the guy came to the house, he was to give the dog a treat. Isn’t this something we’ve all seen? One day, however, the deliverer forgot to give them treats, which did not make him happy. So he took matters into his own hands or in this case, paws.

The dog obeyed his instincts in order to obtain a reward, leaping into the vehicle as the delivery man was delivering packages and not looking. The dog sought refuge in the truck’s back end and was driven all around town! When the guy discovered the dog, later on, he returned him to his owner. 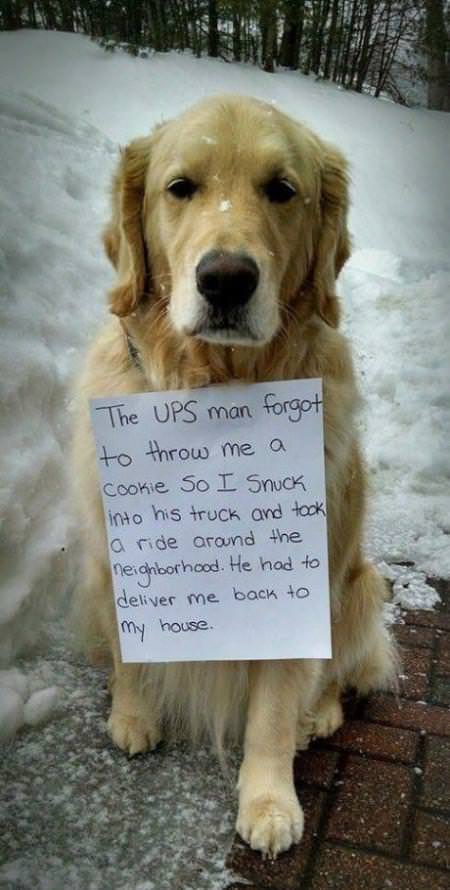 The dog’s owner found the situation hilarious, and he posted a sort of “dog shaming” on Reddit. He pinned a note to the dog and submitted the photo for everyone to see.

“The UPS man forgot to throw me a cookie so I snuck into his truck and took a ride around the neighborhood. He had to deliver me back to my house.”

Redditors shared their own stories of pets developing a protective attitude towards UPS drivers, with the most popular being:

Please be sure to ‘SHARE’ this story with a friend or family member!