No one will ever be as cool as Nord Boss the French Bulldog because no one shreds on a skateboard like this canine cutie.

Nord Boss is a Frenchie who lives the good life. Traveling with his dad’s band, the boy knows how to rock. And he makes sure to keep fit with his mom. He keeps her planks in balanced form by standing on her back. All this exercise keeps Nord Boss in good shape for playing soccer, his favorite sport.

And while he loves chasing the football, his real passion finds him zooming along on four wheels. 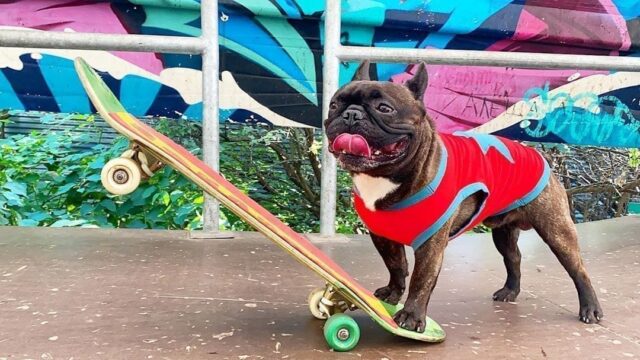 At three-years-old, Nord Boss has skateboard skills that boggle the mind. He’s used to regular practice, but from the start, the handsome hound proved to be a natural on wheels from his puppy days. At 7-months-old, he spied his first skateboard and climbed aboard. In an interview that’s been seen around the words and translated to many different languages, his mom, Natasha, shared, “When he saw the skateboard, I remember, his eyes lit up and he started drooling.” Seeing his reaction, his parents bought the board. Later that night, the family went on a walk, bringing Nord’s new toy along. They were curious to find out just what the pup would do with it. No fear, Nord Boss “jumped on board for the first time and everyone clapped for him.”

Since then, the Frenchie is unstoppable on his board. 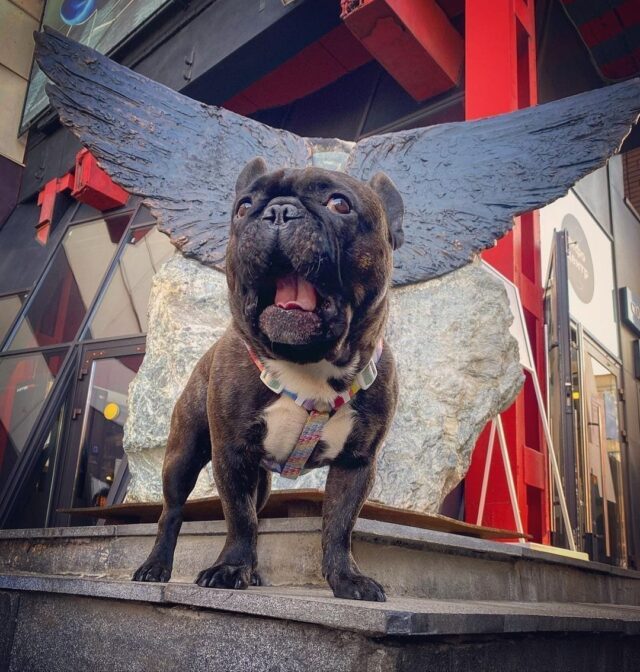 At a skatepark in Moscow, Nord Boss recently flexed his skills on the human skaters. There were lots of gaping mouths when he dropped in and rode the pipes with a skill many humans could never master.

But for Nord Boss, it’s just another rad moment in his cool guy life. 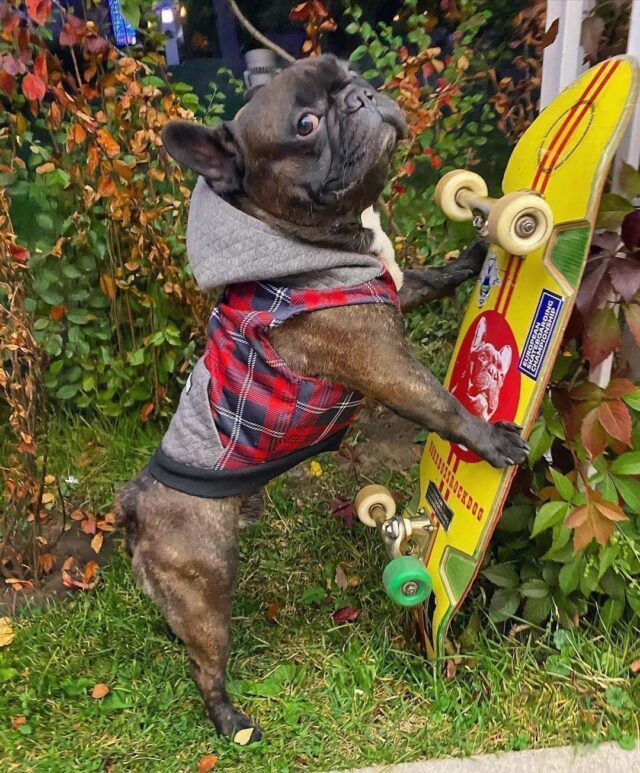 And while he’s a cool rocker dog, he’s also a kind-hearted lad. On his Instagram, he loves to share photos of his adventures with his parents and always makes sure to wish his followers some cheerful and encouraging words. “I just wanna send you some positive vibes to make you happy!”

And how can you not be full of joy when scrolling through this impressive Frenchie’s gallery! 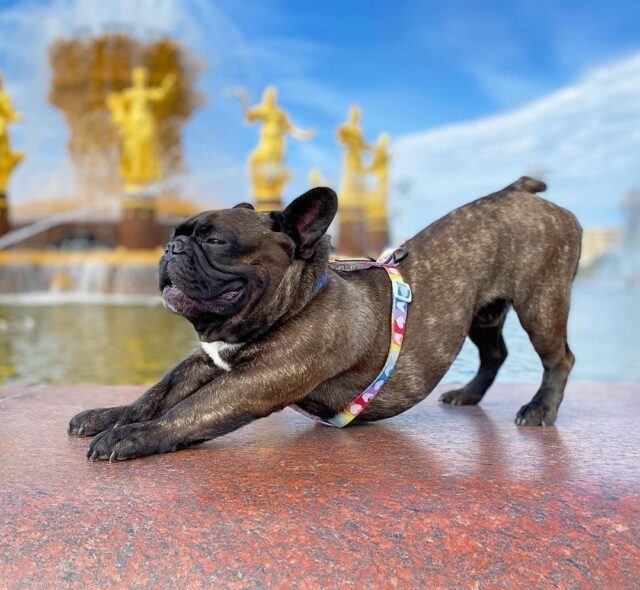 If you’re ever feeling blue, just ask yourself, what would Nord Boss do?

You know the answer! This cool dog would crank up some rock tunes and jump on his board to feel the wind in his face. Rock on Nord Boss!