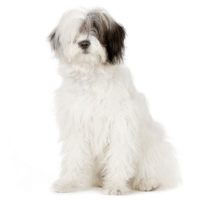 There are many stories that suggest the true origin of the Old English Sheepdog, most of which being a link between the Bearded Collie or the Russian Owtchar. Somewhere around the mid-19th century, the breed’s role was confined to primarily herding. Since it was utilized as a working dog, the sheepdog was exempt from dog tax in England. A quick way to distinguish a working dog from a non working dog, was the docked tail. This is a custom that continues on to this day, and has given explanation to the dog’s nickname, the “bobtail.” 19th century farmers actually sheared their sheepdogs along with their sheep at times, to use the abundant, dense coat to make blankets and clothing for their family. This coat makes the dog incredibly resilient and weather resistant. First exhibited in England in 1873, the breed was recognized by the AKC in 1905 and has since become a very popular exhibit. In the 1970s television began to build a status for the unique dog. By advertising its friendly and lovable nature, its popularity skyrocketed.

The Old English Sheepdog is strong and agile. The head is very large and the ears lay flat. The eyes are blue or brown or sometimes even one of each, and the dog is either born without a tail or has it completely docked or removed after birth. A shaggy, hard outer coat protects the soft, waterproof undercoat. Acceptable coat colors are grey, blue, blue grey or blue merle, with or without any white markings. The dog may also be predominantly white with markings in any of the above colors. The breeds gait is quick, sure and effortless.

The Old English Sheepdog has a wonderful variety of traits. They are amiable, gentle, jolly, well-mannered, friendly, loyal, protective and intelligent. It is known to be very good with children, although it may be a bit rowdy for the younger ones. A noted characteristic of this breed, is that the dog will occasionally try to herd any children of the household with gentle bumping or nudging. The Old English Sheepdog enjoys the company of other pets and is usually quite friendly towards strangers. This breed has an iron will, and requires firm, consistent training.

The coat of this breed requires regular care and maintenance. A firm daily brushing will prevent matting, tangling and skin problems for occurring later down the line. If you are not planning on showing your dog, it may be a good choice to clip them every other month or so, especially in the summertime. Old English Sheepdogs are considered to be heavy shedders, usually heaviest being around April or May. Outdoor exercise is essential for this breed to be happy and comfortable. Though it can manage well in an apartment if given sufficient daily activity, a fenced yard to play in is ideal. This dog shouldn’t live outdoors, is it does best indoors with the family because of its highly social nature. 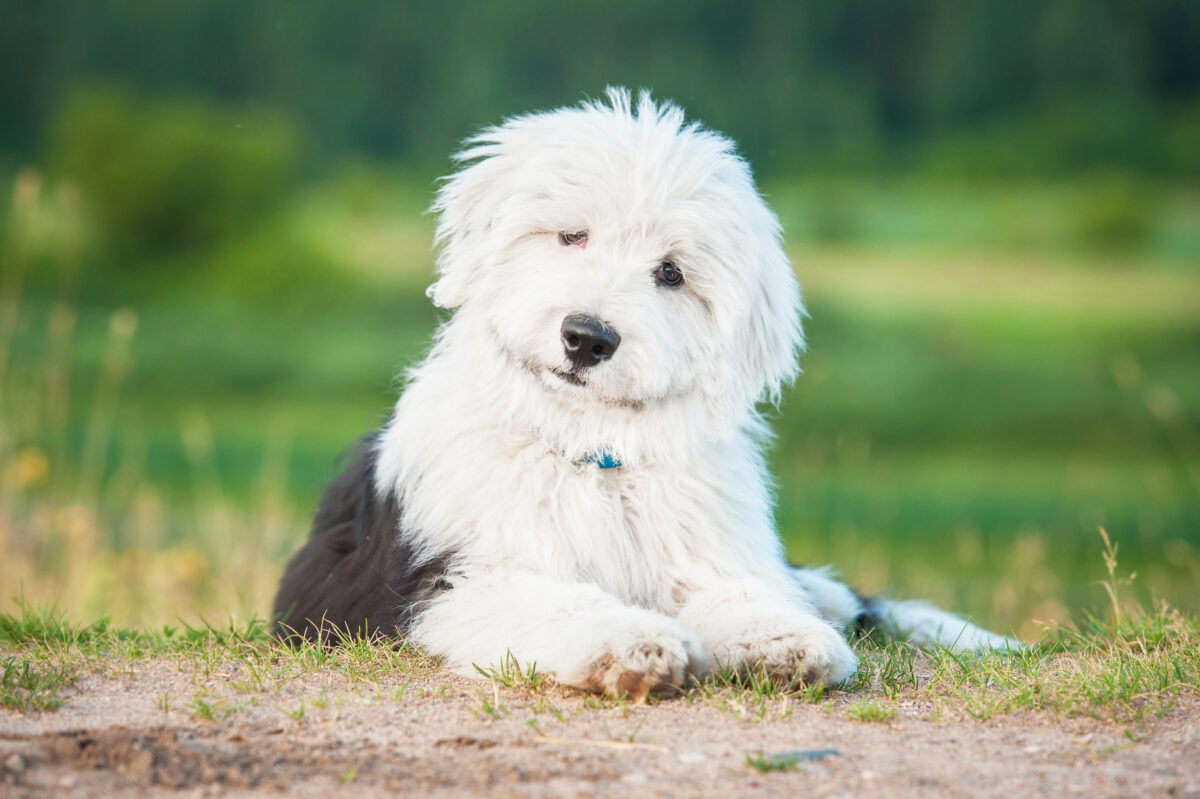 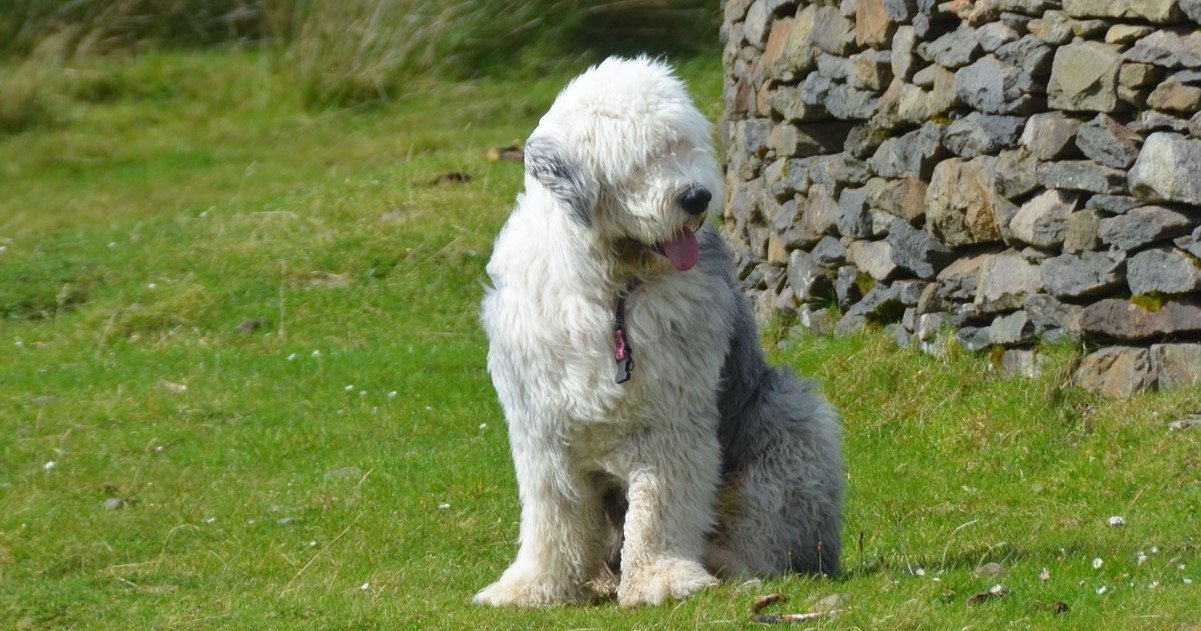 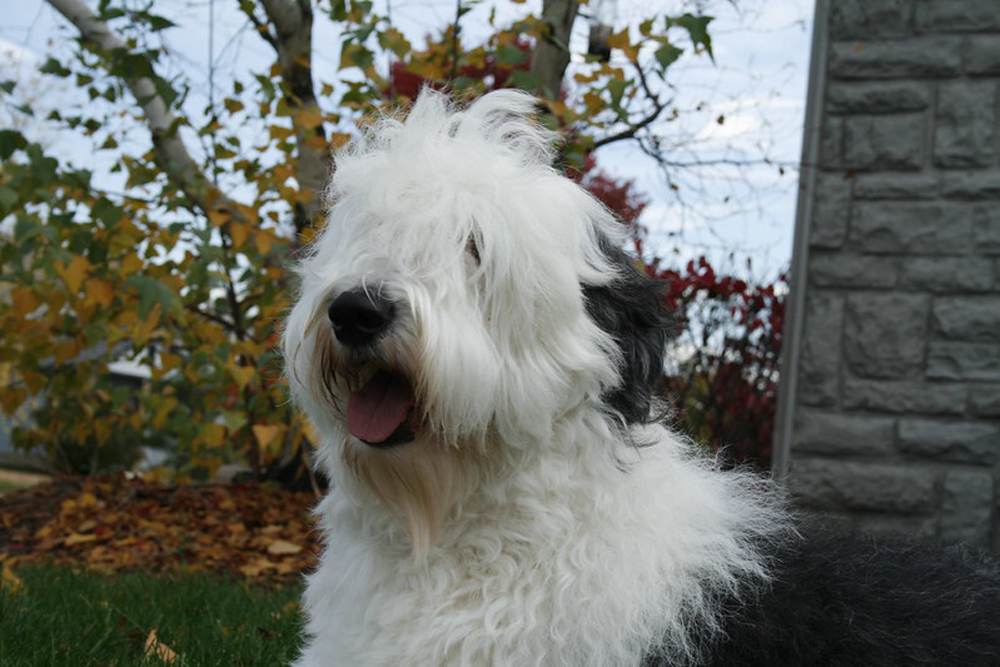 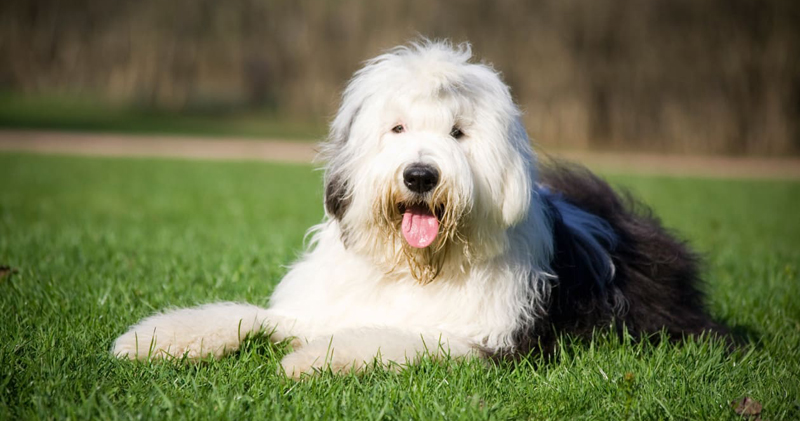 Is Your Old English Sheepdog a Picky Eater? Try This Simple Hack.