There are plenty of great reasons to love an Irish Wolfhound, but no matter how charming or sweet your Irish Wolfhound is, the first thing anyone is going to notice about him is his size! These dogs were bred to be big – originally, they were meant to be wolf-hunting dogs. As in, they could take on wolves!

Nowadays people are more likely to choose them for companionship than a hunting partner, but their incredible size still keeps them among the top favorites for people who just love big, beautiful breeds. These people aren’t shy about sharing photos of their grey giants on social media, and Bored Panda recently put together a list of some of the best photos that show off their awesome size! We’ve got a few photos here with some quick, fun facts about the breed, but to see the full list of 49 impressive Irish Wolfhounds, click over to BoredPanda.com.

One of these dogs has a clearly larger than life presence, whose mere physicality, elevated by an extreme amount of self confidence, intimidates any would be intruders and provides a sense of security for the entire household. The other one is an Irish Wolfhound. #measuringup Enoch and Englebert

Most obvious question first: how big are Irish Wolfhounds, really? The AKC specifies that an Irish Wolfhound should be at least 30″ tall for females and 32″ for males. That’s a minimum 2 and a half feet tall, and just at the shoulder! It doesn’t even count the head! That’s the size of a small child – and it’s a minimum! They make our list of 8 Of The Largest Dog Breeds along with other great giants like Mastiffs and Newfies!

They’re so big that the Irish used them in war as well as hunting. Irish Wolfhounds could knock knights off horses in battle. They may be an asset in a fight, but we prefer them safe on the couch.

The AKC also lists the ideal weight for a healthy Irish Wolfhound – 105 lbs. for a female and 120 lbs. for a male. That’s a whole lot of dog, and again, that’s a minimum!

The current world record holder for tallest dog is a Great Dane from the U.K. His name is Freddy and he is 3’4.75″ tall. Still, it’s an attainable record for an Irish Wolfhound – just look at these pics!

Though bred for hunting and guarding, some people note that the breed doesn’t make avery good guard dog. IT’s said that they bond with their people and are likely to guard them, they’re not as protective of homes or items. That means that if someone were to break into your home, they could pet your dog on their way out with your laptop and cash so long as they didn’t come near you. It’s still an unlikely scenario as size alone is enough to deter most thieves. Despite their history, they don’t even make our list of 10 Dog Breeds That Make The Best Guard Dogs.

Though their guarding insticts may not have stuck, some of their hunting instincts remain. Irish Wolfhounds at play are likely to course other dogs. It’s not meant as aggression or a show of dominance, just a hold over from their hunting days and what they consider to be fun. Watch them around small animals, though, they’re on our list of 11 Dogs That Have A High Prey Drive.

Your spacial reasoning is probably better than your Irish Wolfhound’s. Take a look at your lap. Now look at your gigantic dog. You know he’s not going to be able to fit there, but if he could, he’d find a way! These dogs may be active outdoors, but indoors they’re world-class couch potatoes! Check them out along with a few like-minded friends on this list of 8 Big Dog Breeds Who Are Actually Big Lap Dogs.

We almost lost Irish Wolfhounds altogether. After the last wolves in Ireland were killed, the population of Irish Wolfhounds dwindled down to almost nothing. Englishman Oliver Cromwell banned the export of the breed to protect the few left. Later George Augustus Graham, a Scotsman, took the future of the breed into his own hands. It’s believed that he crossed the few remaining dogs with the Borzoi, English Mastiff, Great Dane, and Scottish Deerhound to regain the size for which it had once been known. Thanks to him, we have these great dogs around still today.

If there’s any downside to having an Irish Wolfhound, it’s his short life span. The breed is ancient. Some believe it was brought to Ireland around 7000 B.C. But unfortunately, these dogs only live about 7  years on average. In a 20 year study that concluded in 1986 it was found that most Irish Wolfhounds in the study died of bone cancer – just one of the diseases commonly seen in the breed.

Don’t let that bring you down, though. Whatever years you have with your Irish Wolfhound will be full of love, fun, and lots and lots of couch cuddles.

He has eaten breakfast, romped around in the rain and played with his a toys . Now it’s time to rest up until afternoon playtime#irishwolfhound #giantdogs#happydogs##chill#relax#django#deadmuleranch #giantbreedlovers#dogsofinstgram

Want a big, cuddly Irish Wolfhound of your own? Be prepared. Check out this list of 10 Things To Think About Before Bringing Home A Big Dog. 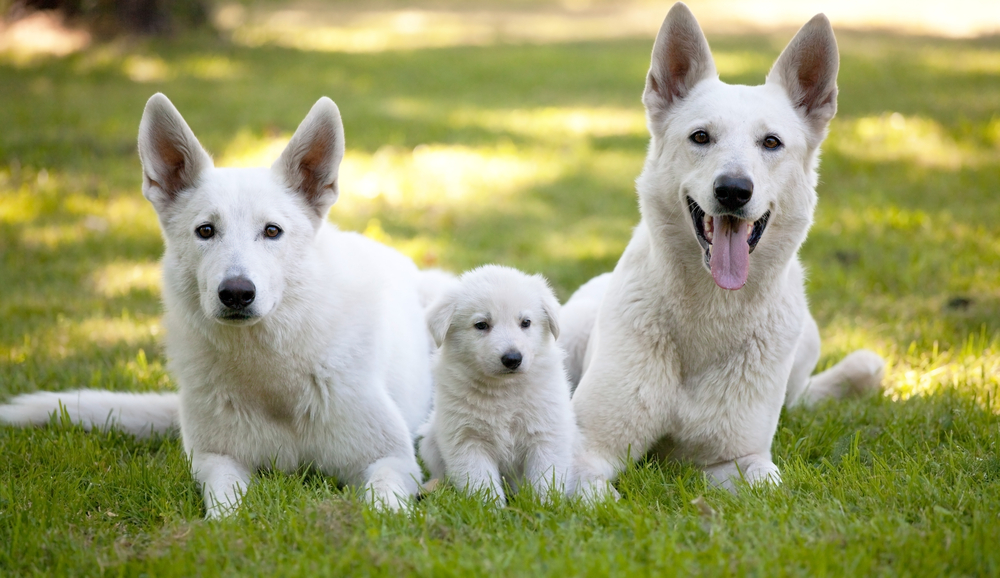 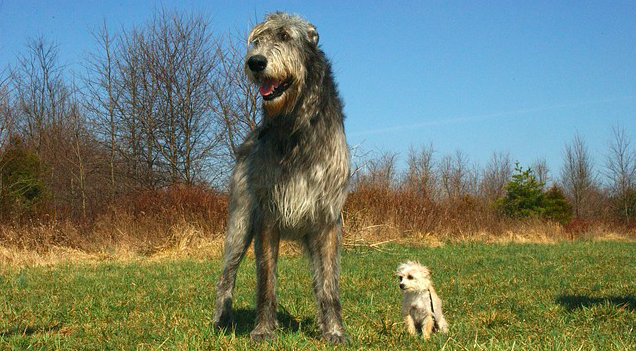 8 Of The Largest Dog Breeds 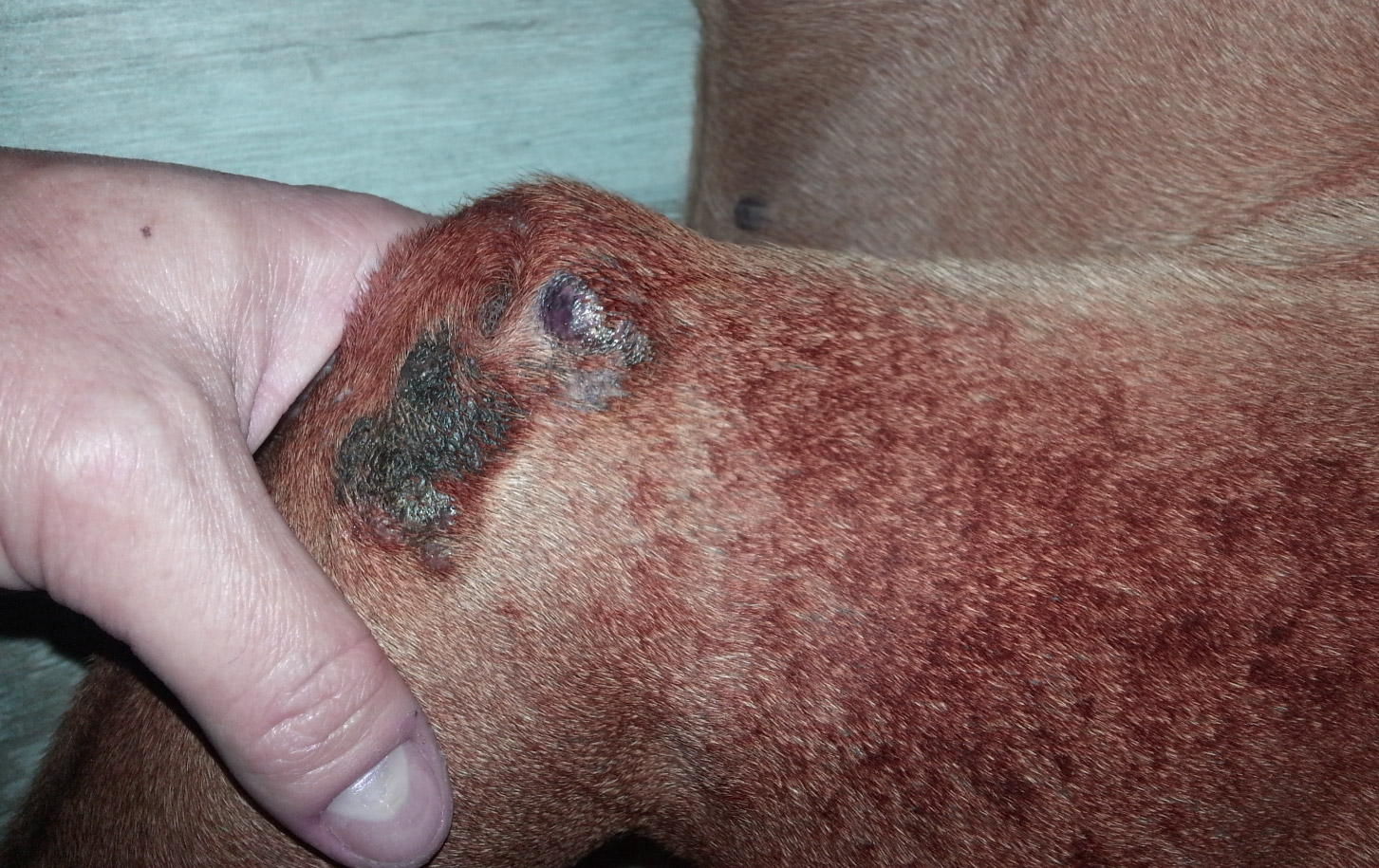 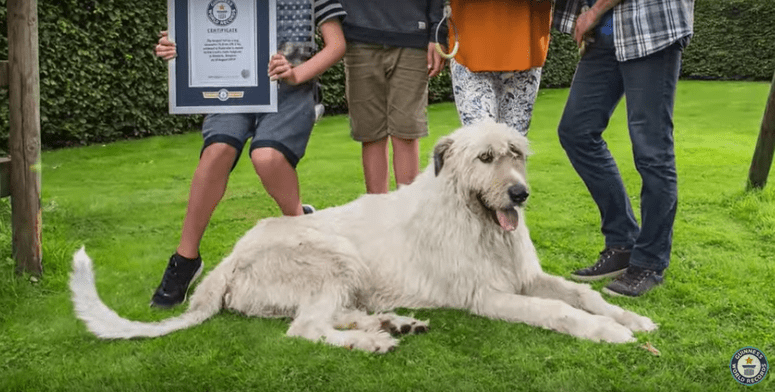 Irish Wolfhound Gets The New World Record For Longest Tail On A Dog!