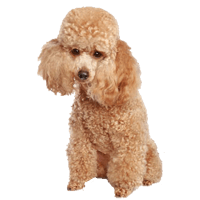 The poodle is recognized everywhere as first originating in France, though some still claim that Germany and Denmark played a part in its origin somewhere along the line. Its earliest ancestors were most likely an Asian curly-coated breed. The poodle was initially a water dog, the very name “poodle” is taken from the German term “pfudel,” which means “to splash” or “puddle.” Although, In France the Poodle has more of a reputation for its talent at duck hunting. This breed is utilized to work in many ways including being a guide dog, service dog, guard dog, military service dog and entertainment performer. The poodle became the favorite of the French aristocrats. In the 1800s, individuals began showing the poodle. Some of the earlier show poodles were actually shown with long, matted and thin coats. This method was later abandoned due to the difficulty to maintain these coats. Poodles are very popular in the states today.

The Poodle is square in shape, tall, sophisticated with a proud overall appearance. This breed comes in three varieties including the standard, the miniature and the toy. The breed standard for all varieties is the same except for the size. Its head is carried upright, and its gait is best described as graceful and springy. Its ears are wide and flat, and they lay close to the head. The toy poodle is a small dog with dark eyes, a docked tail, and a clipped, short curly coat. The miniature poodle has black or brown eyes, a curly or corded coat, and a high-set tail that is docked to at least half the original length. The standard poodle has very dark eyes, a wiry more coarse coat, and a tail that is docked to half the original length. The breed’s coat is thick, usually a solid color and comes in a few varieties. The “pet clip” or puppy clip has short hair of equal length all over. The “English saddle” clip and the “Continental” clip, are the partially shaved with bracelets left on the ankles and balls of fur left on the tail and hips. Colors include black, red, silver, gray, cream, brown, blue, white, apricot, or café-au-laity.

All three types are lively, smart, loyal, and obedient. They are generally good with children and other non-canine pets, but are often wary of strangers. The miniature version is particularly easy to train, and enjoys entertaining with tricks. It tends to want to be the center of attention around the clock, and it truly has an amusing personality. Although some feel that they are a bit high strung, it is also eager to please and loves its family dearly. It makes a great watchdog, but can sometimes bark excessively if not properly trained. Spoiling this breed may result in nasty behaviors such as biting, growling or snapping. The toy poodle is one of the most trainable dogs out of all three. It should be socialized early on in life to help it overcome timidity or shyness. The standard Poodle is dignified and cheerful, but it is known to get lonely when left alone. Therefore, it should be included in family activities. It is a lot calmer than the smaller varieties. The standard Poodle can be trained to be a very good guard dog.

Grooming, including trimming, brushing and shampooing are things all Poodles require. Their coats should be trimmed every five to six weeks. During shedding season, as opposed to falling out, the loose hairs stick to the coat causing matting if not combed out regularly. A show Poodle requires much more maintenance and time, but even a house pet is recommended to be professionally groomed every month or so. In addition to regular grooming, the Poodles ears need cleaned of wax and hair, nails need trimmed, and their teeth should be brushed as well. This type of dog truly enjoys social interaction along with physical and mental challenges. The toy and miniature Poodles only require minimal exercise, such as a fun game in the yard or a short walk. The standard Poodle requires much more activity than the smaller members of the breed. ItA few things it enjoys is retrieving, as well as swimming. It will also do better in a house with a fenced yard, while the toy and miniature poodles do completely fine in an apartment. No Poodle should be kept outdoors. 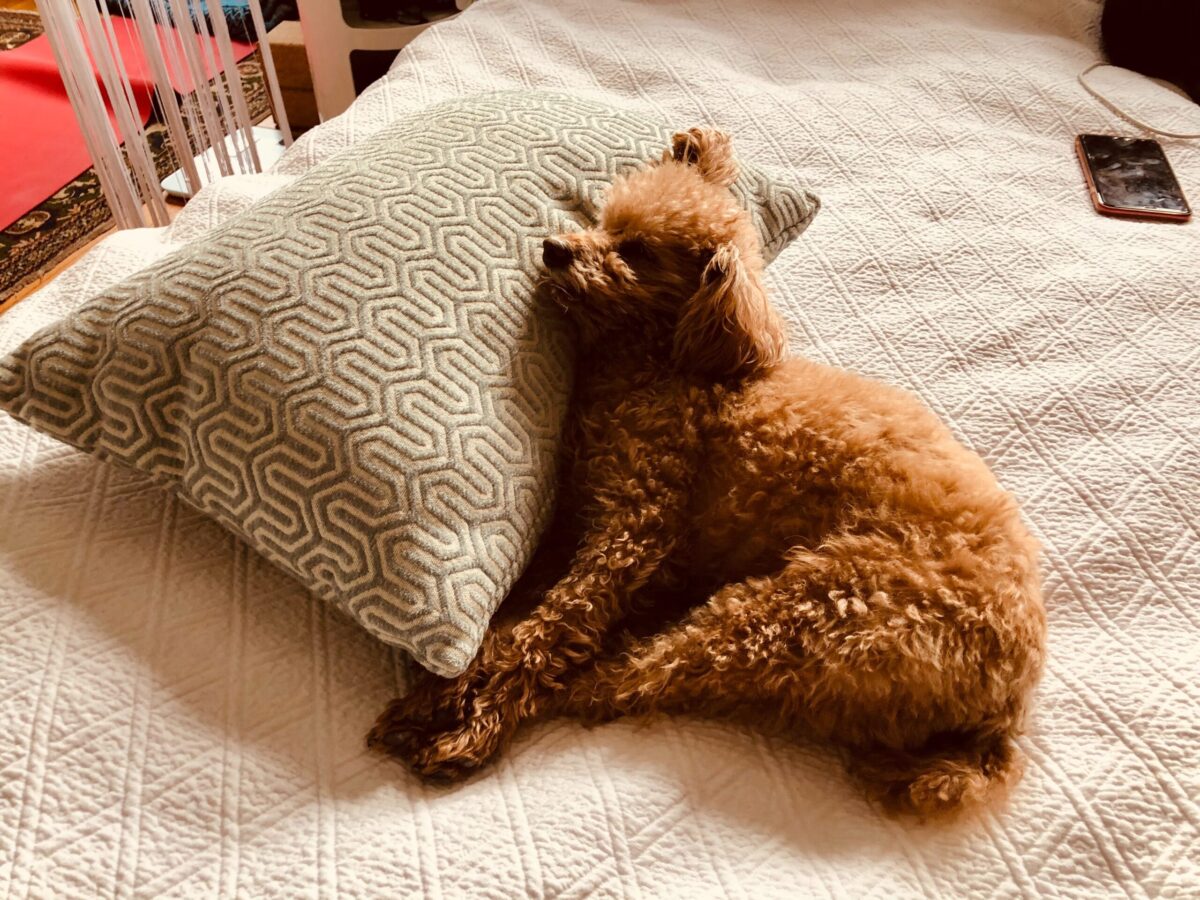 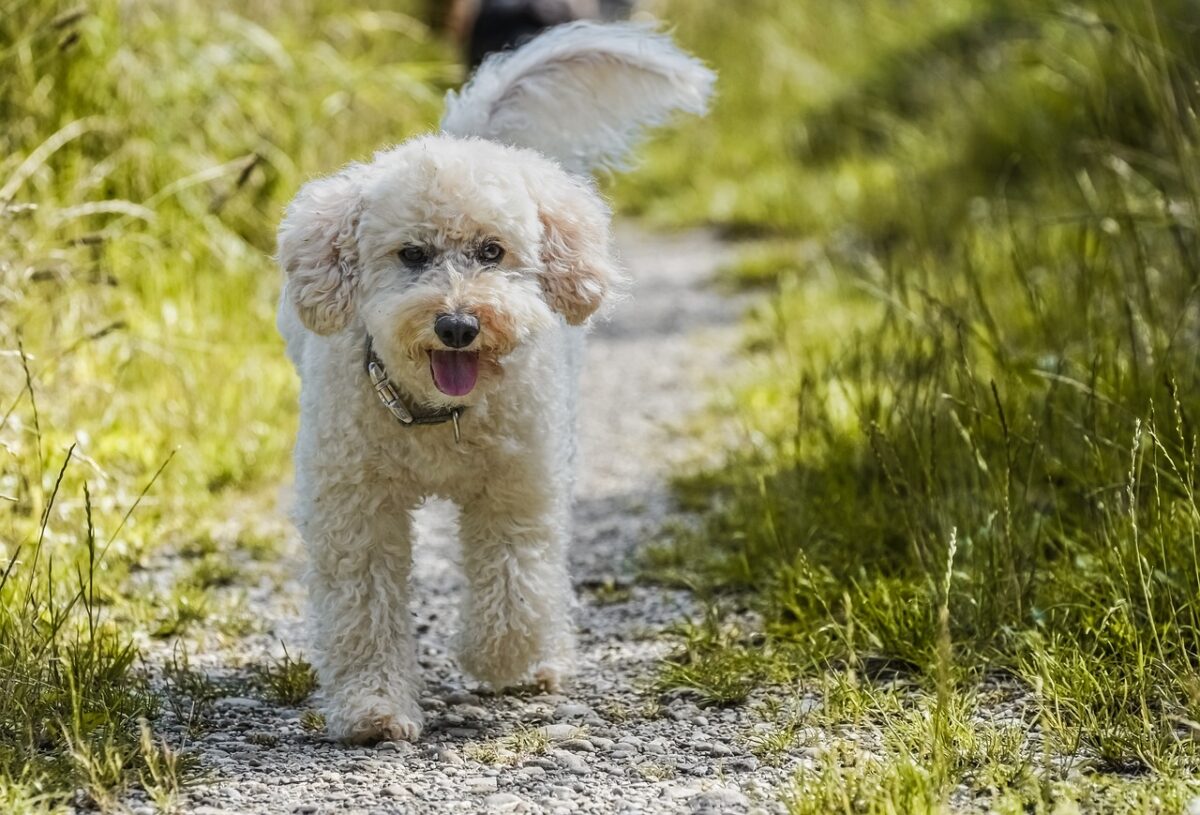 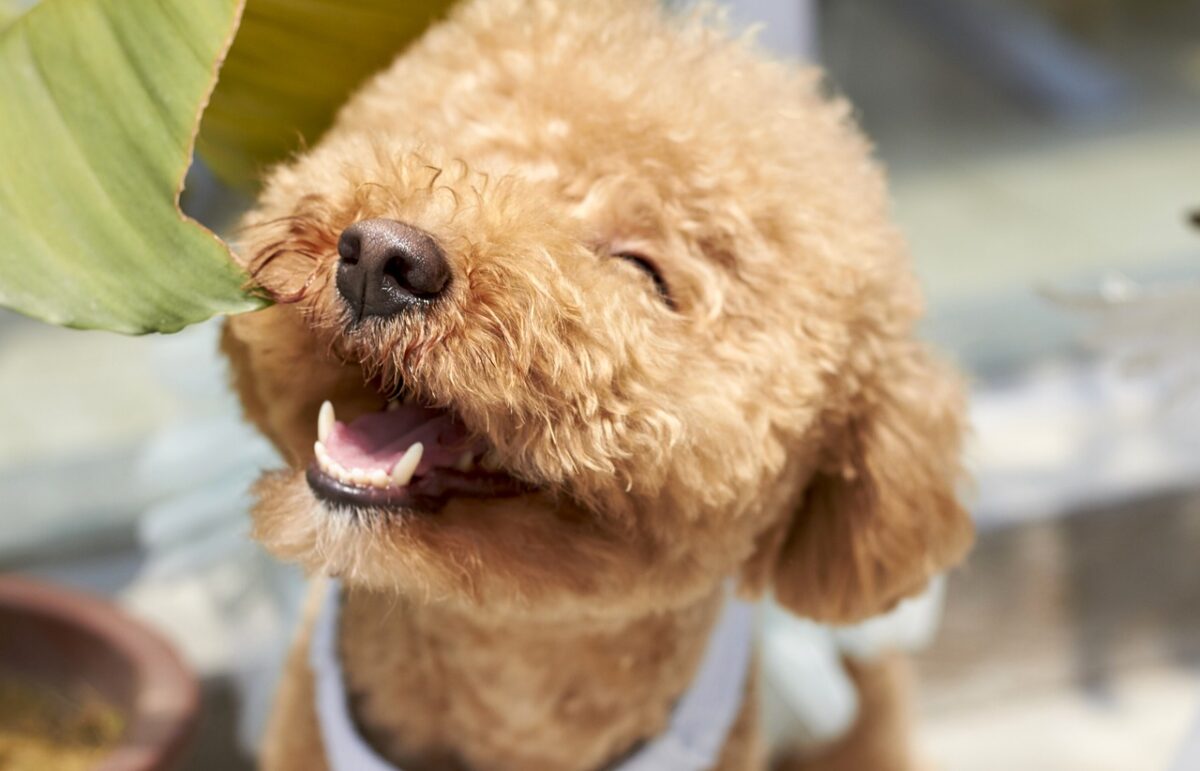 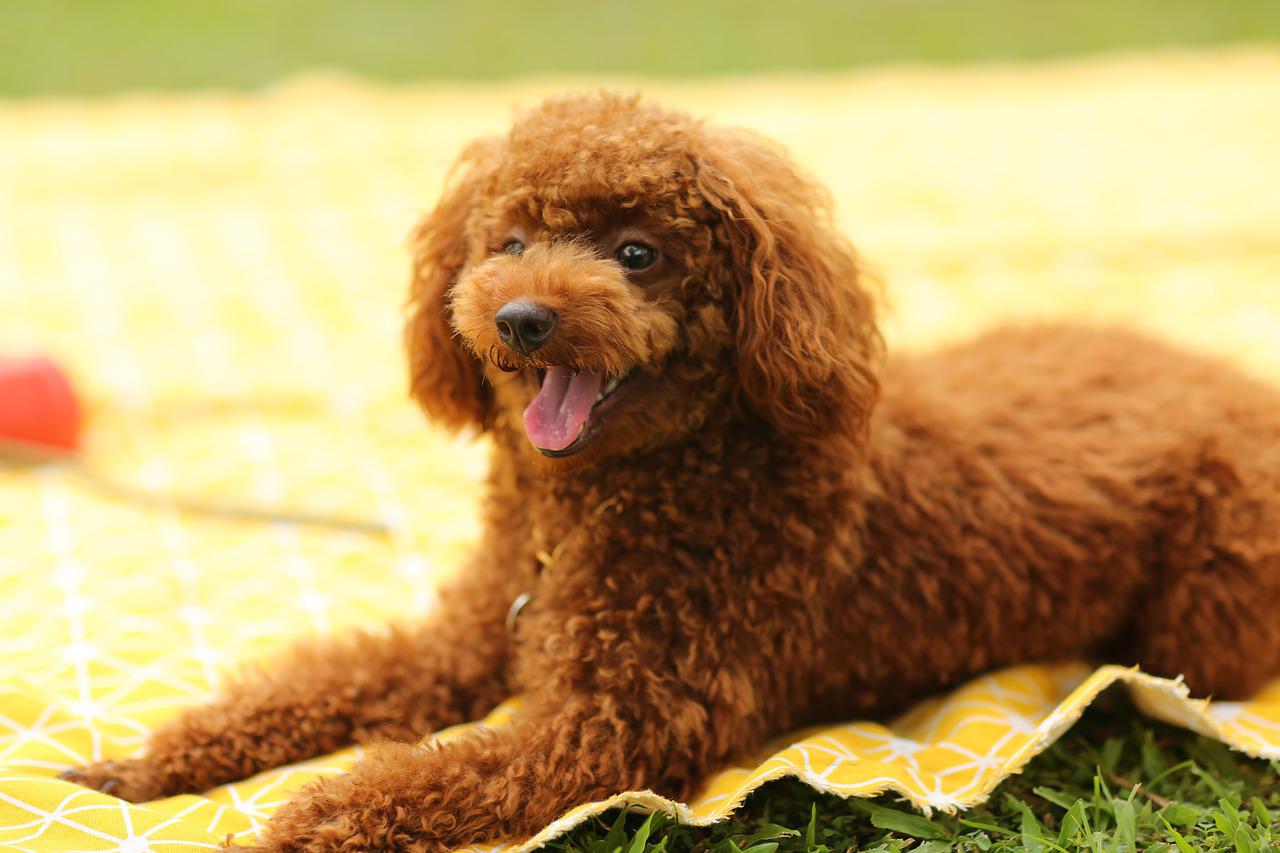