At only six weeks old, Rexi’s owners were baffled when they noticed that their Golden Retriever pup wouldn’t use her legs to walk like the other puppies. Upon further inspection, they realized that Rexi’s legs had actually begun growing backward. Her pet parents never gave up on her, even when things looked bleak. They started a GoFundMe to help raise money for treatment, and luckily it reached its goal.

The charity’s donation allowed Rexi to be fitted with a prototype bodysuit. This would help her run while they worked on creating a walking apparatus that was comfortable for her. 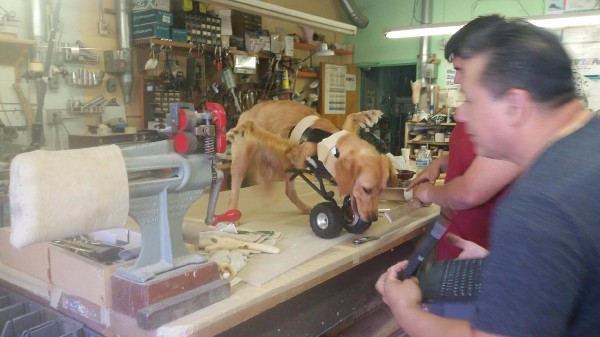 Thanks to the generosity of some wonderful donors, and the care and dedication of Rexi’s owners, Rexi will have a great life from here on out!🙂