A small-dog owner is warning others after her tiny Yorkie experienced a scary close-call with a large bird last week. It may seem like the kind of strange event that is unlikely to happen to you and your dog, but that’s exactly why she wants to warn others to remain vigilant.

Cecilia Celis has two Yorkies, both were outside on her family’s gated patio one day last week while she was indoors preparing a meal. The two were noisy, barking, but weren’t making any noises that would cause alarm. Cecilia said she figured the two were playing together as usual. But when Cecilia glanced outside, she saw what was really going on right outside her door.

A large bird of prey, thought to be a hawk, landed in the yard. The curious pups approached, and when they did, the bird grabbed hold of Lulu in it’s talons and held her. When Cecilia saw what was happening she leapt into action, wasting no time to grab a cushion from a patio chair to strike the bird. She hit the hawk three times with the cushion before it finally released Lulu from it’s grip.

Cecilia’s lack of hesitation may have really saved Lulu’s life. Hawks are known to eat other small, furry animals like mice and squirrels. A Yorkie may have been a larger meal, but this encounter could have ended badly. Hawks Aloft, an organization dedicated to the conservation of raptors, warns that even larger dogs may be at risk of a predator attack:

“As pet-owners ourselves, we share your concern for the safety of your pet. Raptors hunt a variety of prey, including rodents, birds, rabbits, snakes, and insects. Large raptors, such as Red-tailed Hawks and Great Horned Owls, can attack and kill small pets. We have received dozens of inquiries about dogs and cats weighing anywhere from 6 to 60 pounds. There is no specific cut-off weight at which your pet’s safety is guaranteed. If the size of your dog or cat is similar to or not much larger than naturally occurring raptor prey, there is a risk, not just from predatory raptors, but also from urban coyotes.”

However, they do state that hawks cannot carry off more than their own body weight. Hawks can weigh up to four pounds. Cecilia’s dog Lulu weighs only two.

After reviewing her home surveillance footage, Cecilia noticed torn straps on the bird’s legs, which led her to believe that the hawk may have been a missing pet. She attempted to contact local owners who may have lost a bird to report the sighting and the incident but didn’t receive a response.

Lulu was taken immediately to a vet, and though a talon managed to puncture her neck, she’s expected to recover just fine. Still, she hopes others will be on the lookout for unexpected predators.

“A bird comes out of nowhere and it could happen to any of us.”

Keep and eye on your pet when they’re outdoors and consider having your dog wear a predator vest. They may look a bit silly, but they’re designed to keep your small dog from being carried off, and protect soft areas where predators are likely to attack. 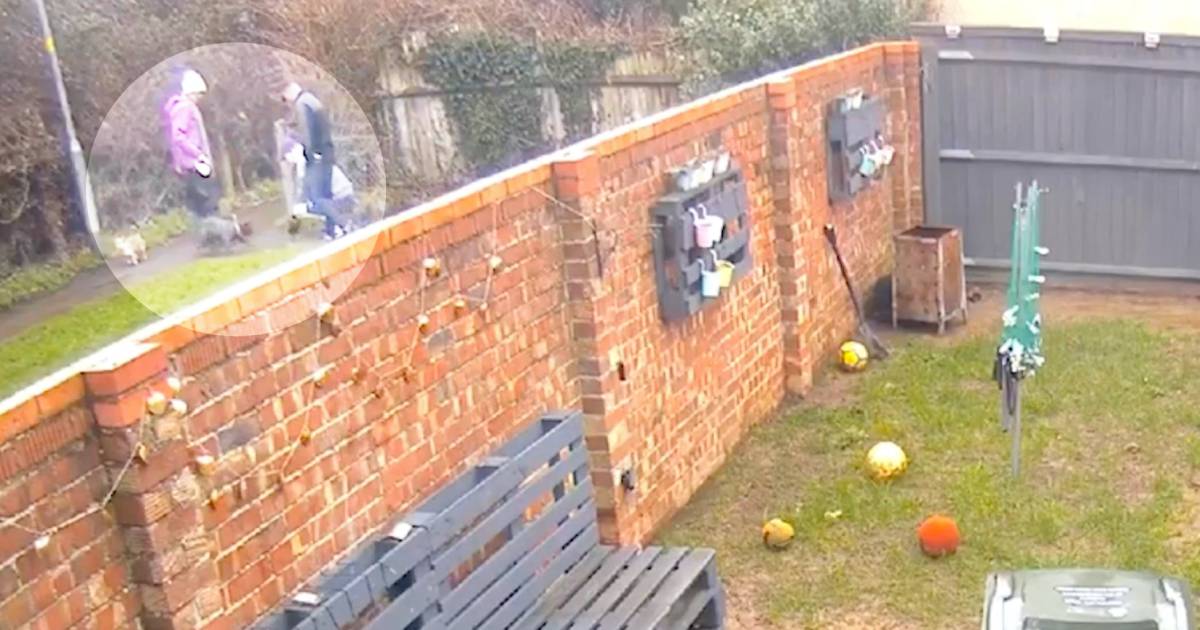