Dogs are often compared to wolves, especially in marketing campaigns for food companies and in dog training methodologies. But just how similar (or different) are the two?

Dr. Jeremy Smith is a DVM from the Oak Knoll Animal Hospital in St. Louis Park, Minnestota with 15 years of experience as a practicing veterinarian. He holds a Bachelor of Science degree in Zoology, a Doctors of Veterinary Medicine from the University of Minnesota, and is a member of the Veterinary Hospitals Association.

We asked Dr. Smith some of the common questions about dogs and wolves to find out what the differences between them really are and what that should mean for dog owners.

How closely are dogs related to the wolf? Does it depend at all on breed?

Dr. Smith: Dogs are very closely related to wolves, most closely to the gray wolf, as measured by genetic testing. For many years, dogs were thought to have descended from wolves, but the current thinking is that they share a common ancestor. Regardless, the two species are very closely related, and can even interbreed. I am not sure if any genetic testing has measured “family tree proximity” on a breed by breed basis, but in terms of size, form, and function, some breeds more closely resemble wolves than others.

Do dogs and wolfs require the same type of diet? (Some dog foods even market that their diet is what the wolf would eat so your dog should too….is this sound?)

Dr. Smith: Wolves are carnivores that require high amounts of energy to succeed in the wild. Their existence is closely intertwined with the availability of large herbivores such as deer, moose, caribou, and buffalo. On a day to day basis, wolves are opportunists and will eat any number of small birds and mammals, and even some indigenous plants and berries. But the overall health of the pack is dictated by the availability of large herbivores.

Dogs, through thousands of years of domestication, have adapted to a more omnivorous lifestyle and thus can survive on the many, varied nutritional offerings of humans, though meat would clearly be a preference for most.

As far as marketing, I think the question has less to do with “what”, and more to do with “how” each species meets their nutritional needs. Domestic dogs, for the most part, get their nutrition daily. Wolves and feral dogs may go days or weeks between meals.  This necessarily affects how we formulate a daily ration for our pet dogs as compared to their wild counterparts. Dog owners should always consult with their veterinarian on the most appropriate feeding strategy and diet choice for their pet.

Biologically, are their systems the same – any differences when it comes to form or function?

Dr. Smith: One need only open a dog breed book to realize the tremendous variation, in terms of form and function, in our domestic dogs. Wolves are built to be top tier predators often exposed to extreme environmental conditions. And some domestic breeds are very close to the wolf in that regard. Wolves are susceptible to many of the [same] viruses, parasites, and pathogenic bacteria that affect dogs.

Many people believe they should train their dog as if they are part of a wolf pack. Is this true? How similar are dogs and wolves when it comes to pack or “family” mentality?

Dr. Smith: Most wolf packs consist of a nuclear family of wolves with clearly defined hierarchies and behavior expectations. Domestic dogs are social animals that are most comfortable in a social group with clearly defined hierarchy and behavior expectations. The best way to train a dog is to assume a leadership role and structure a routine around a fair, consistent set of rules.  Most healthy wolf packs achieve this with a minimum of physical discipline.

Are there any differences in how wolves treat their young compared to dogs?

Dr. Smith: Fundamentally, no. Assuming the domestic bitch is allowed to rear her young to maturity, her leadership will shape the puppy. The female wolf has far less room for error than the domestic dog, which has the influence (good or bad) of its associated humans.

The alpha roll – myth/fact? Do either species actually do this?

Dr. Smith:  The alpha roll refers to a training method in which the human trainer physically forces the dog onto its back and holds it there until submission is achieved. This method is rooted in the belief of one behaviorist who studied captive wolves over 80 years ago and erroneously concluded that harmony can only be achieved when a physically dominant individual, or alpha, establishes itself as the leader. This training method/philosophy has since been debunked by the veterinary profession and many behaviorists. Not only is it unlikely to achieve any meaningful behavioral correction, it may cause harm to both the trainer and/or dog.  Some trainers still adhere to this philosophy, but for the most part, there are other, more effective training methods. Dog owners that are experiencing problem behaviors are advised to consult with their veterinarian.

What do you considered to be the important differences between wolves and dogs that you think pet owners overlook or forget?

Dr. Smith: The single most important difference to remember is that, while wolves and dogs are closely related in evolutionary terms, wolves are wild animals. The healthiest wolves are found in the wild, as part of large ecosystems with no human influence.  Dogs are inextricably bound to the human condition. The healthiest dogs are part of healthy human households in stable communities. Any attempt to compare behavior or nutritional conditions is fraught with peril due to the extreme, severe differences inherent in these (wild vs. domestic) settings. 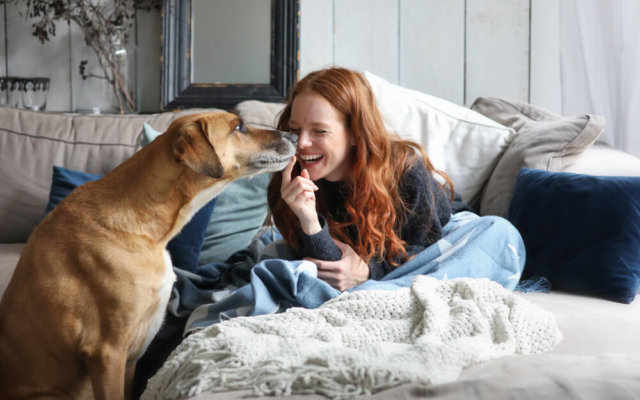