Our dogs are adorable from their heads to their toes, but almost any dog lover will tell you that there’s something about a pup’s ears that are simply irresistible! Whether it’s because they’re one of the softest parts of a pooch, they’re a “sweet spot” for scratches, or they lend themselves to many endearing expressions, a dog’s ears are part of what makes them unique.

While pup pawrents aren’t expected to know everything about their furry friends’ ears, there are a few simple facts that will help you understand these amazing organs and help keep them comfortable and healthy. Check out the points below, based on research from WebMD for pets and Healthy Pets with Dr. Karen Becker!

1. Dogs can hear about four times better than humans.

While hearing ability is partially dependent on breed, dogs can generally hear about four times better than we humans can. This is important to note for a couple of reasons. One, our dogs are very dependent on this sense in order to gather information about the world around them. Two, you should always keep in mind that they are extra sensitive to loud noises. That’s why you should think twice about blasting the car radio when your pup is a passenger or walking near a noisy construction zone! 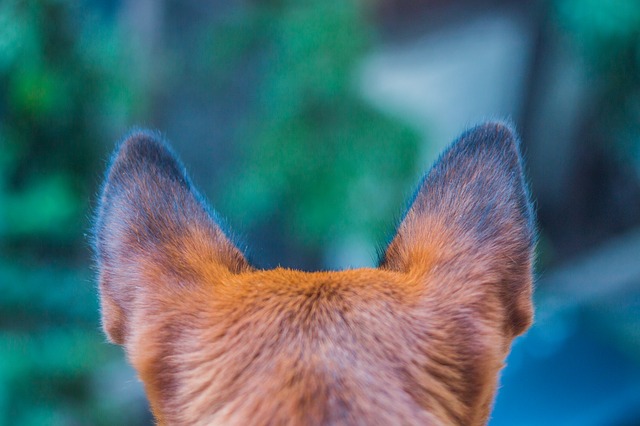 2. They have about 18 muscles in each ear, allowing for lots of movement.

While humans aren’t known for moving our ears, our canine companions can swivel, raise, and lower their ears, and they can move independently. This helps them tune in to certain noises and also contributes to their body language (more on that below).

You know that adorable head tilt that dogs do when they hear a funny noise? One theory is that they’re bending their ear in the direction of the sound is an attempt to hear it better. 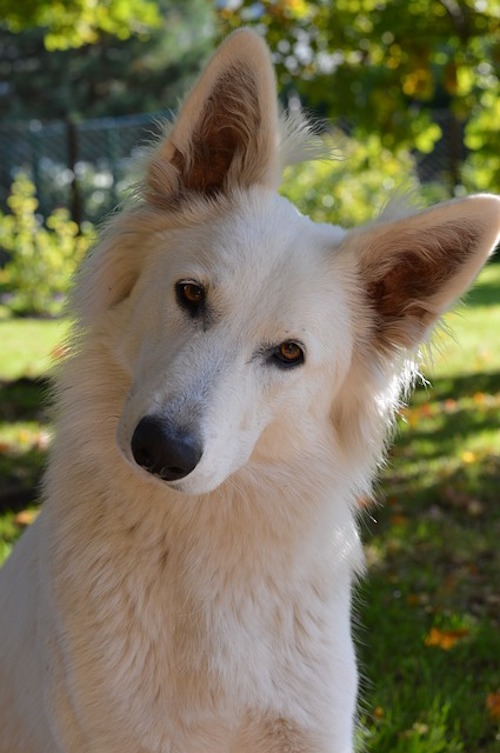 Our canines are masters at body language, and often, you can read their emotions by their ears. WebMD for Pets explains the following signals: This is part of the reason that canines can be prone to ear infections an other issues. The “L” shape by its nature stops dirt, debris, and sometimes bacteria and yeast before it reaches the eardrum. However, it also means that sometimes those nasty irritants get trapped inside your pup’s ears if they don’t get regular cleanings. It’s generally recommended to clean your dog’s ears with ear wipes or an ear rinse at least once a week, or after each time they go swimming. 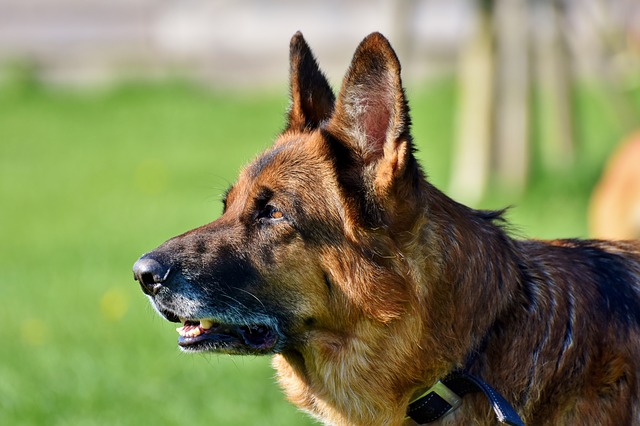 5. Like humans, dogs can lose their hearing as they age.

Sometimes it’s genetics, sometimes it’s a traumatic event or an illness, but dogs can lose their hearing, especially as they age. While our pups can’t tell us that the sounds they once heard are fading away, some signs of deafness include not reacting to the noises that they used to (like doorbells or sirens), obedient dogs not coming when called, or suddenly being startled when touched (as if they didn’t hear you coming). Of course, these signs could point to other issues, but any new symptoms or unusual behavior should always prompt a vet visit. 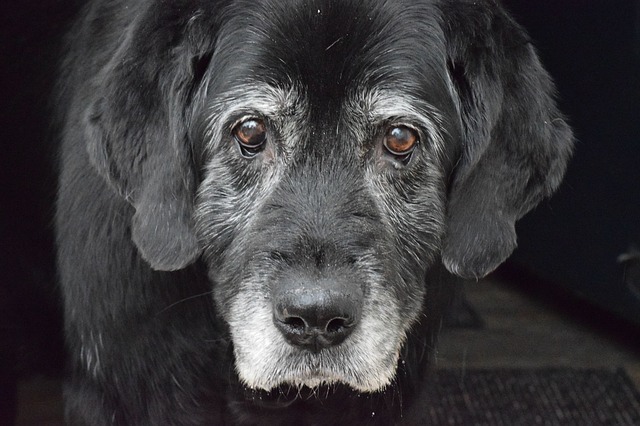 6. Having a dog with floppy ears may require more vet visits.

According to Nationwide Pet Insurance, ear infections were one of the top reasons people visited a veterinarian in 2016. While this uncomfortable condition can effect any dog, our floppy-eared friends are even more susceptible to ear infections. That’s because their hanging ears cover the canal so it’s easier for yeast to flourish, a fact that pawrents of long-eared pooches should always keep in mind. 7. But although ear infections are common, they’re often preventable.

With all this said, this painful condition could be alleviated if dog owners were more consistent about caring for their dog’s ears, such as frequent inspections and weekly cleanings with a canine ear rinse or ear wipes. It’s also worth considering adding an inflammation and allergy-reducing omega-3 supplement to your dog’s diet, and make sure to dry out their ears after baths or swimming!

Project Paws™ Ear Cleaner for Dogs and Project Paws™ Ear Wipes for Dogs with Aloe Vera & Eucalyptus are designed to gently remove wax, dirt, and other debris from your dog’s ears, preventing itching, scratching, and ultimately, infections. These products will help your pup’s ears stay healthy and odor-free, plus each purchase provides 7 meals for shelter dogs!

No matter what kind of dog you have, make sure to add a few minutes of ear hygiene to their weekly routine. Your dog’s hearing is important, and with your help, they can stay as healthy and pain-free as possible!