When it comes to lap dogs, most people think of a dog that fits comfortably in the shape of your lap. Not too heavy, not taking up too much space, just fitting snugly right in. If you ask dogs, however, you’re going to get some different answers. Size doesn’t matter, these gentle giants say–because they want nothing more than to be big lap dogs. They’re ready to snuggle into your lap, or onto your entire couch, at the drop of a hat. These big pups don’t want any less love than your small dogs, and we’re certain they deserve it! Check out our fun list of big lap dog breeds: The Bernese Mountain Dog originated in Switzerland as an all-purpose farm dog. They were used to guard property, drive cattle and even pull heavy carts. Because of this, they are large, somewhat imposing dogs. But don’t be fooled by their size – Berners are known for being gentle, playful and affectionate with both friends and strangers alike. They are active dogs but make a great choice for families with children. The Great Dane is a popular dog breed from Germany, known for being one of the class clowns of the dog world. These gentle giants originated as boar hunting dogs, but they are more often found sleeping on couches and taking walks with their owners these days. They are very social dogs that get along well with humans, other dogs and even other animals. They do well with children when properly trained and supervised, as they do often underestimate their own size and can knock children over by accident.

The Newfoundland is known for its gentle disposition; a trait it gained through its years as a water rescue dog. It’s size and disposition are required to save people from icy waters, a job the breed can still be found doing today. They are very large, powerful dogs but despite their size, they are extremely affectionate and friendly. They do very well with families with children.

The Mastiff, otherwise known as the English Mastiff, is a very large breed of dog originally used for hunting and guarding. Despite their imposing appearance, they are actually very docile dogs that are affectionate towards their family and friends. Although aloof towards strangers, they are not aggressive and will quickly warm up to them if they are not threatening. Deeply loyal to their families, Mastiffs make excellent companions for someone looking for a very large, low maintenance breed. The St. Bernard is most known for its use as an alpine rescue dog, although it is not used so much for this purpose today. Still, the breed has maintained its large, powerful body and gentle disposition. A rescue dog should be calm and friendly, easily able to earn the trust of lost victims. The St. Bernard still exhibits these personality traits today, making them a great choice for someone looking for a giant lap dog.

This is a big lap dog right here! Fun fact: the Irish Wolfhound often holds the record as being the tallest breed of dog in the world! A sighthound, Irish Wolfhounds are bred for speed rather than endurance. Surprisingly,  they are actually very lazy inside the house. They are playful, goofy dogs that turn into giant couch potatoes when relaxing… which is something they do fairly often! The Irish Wolfhound will form tight bonds with their families and love to chill with–or on–them.

The Leonberger is a very large working breed from Germany. They were used as all-purpose farm dogs, draft animals and search and rescue dogs. They are confident dogs but deeply loyal to their families. They make an excellent companion for children, despite their size. When properly trained and socialized, they are relatively neutral and easy-going, which makes them a somewhat easy “take anywhere” breed, as they do not feel the need to worry about their environment.

The Bullmastiff is slightly smaller than its Mastiff cousin, but that does not make it a small dog. Also a guardian breed, they are deeply loyal to their families and aloof towards strangers. With their friends and families, however, they are very gentle and lazy dogs that enjoy relaxing on the couch or taking up the entire bed. In fact, despite their size, they make a great choice for those living in apartments in search of a large breed. 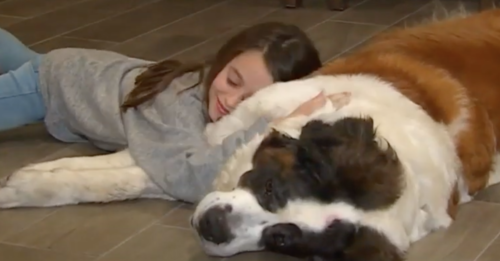 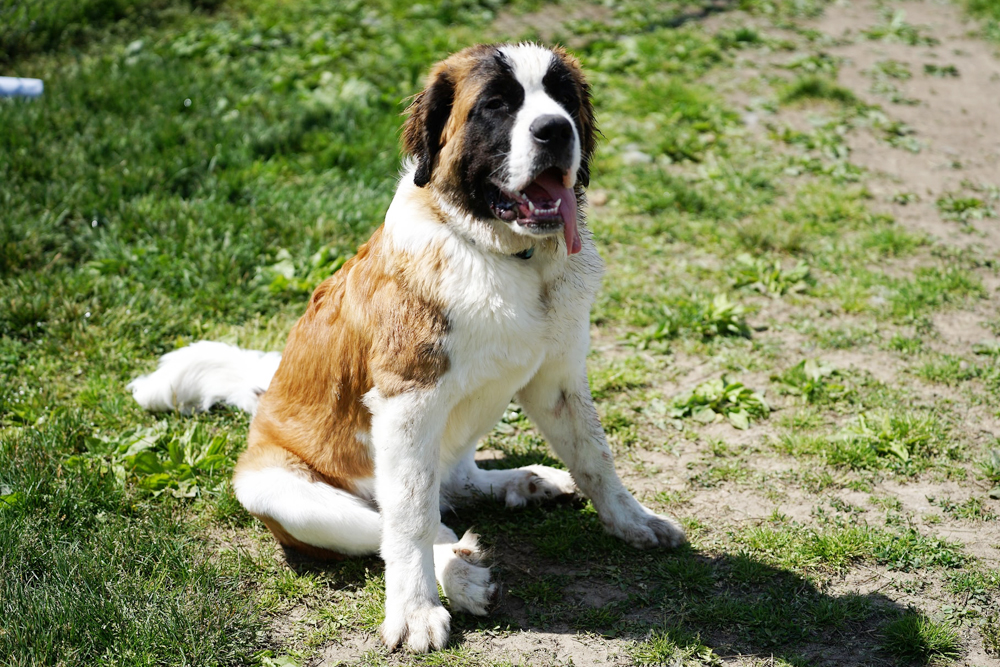 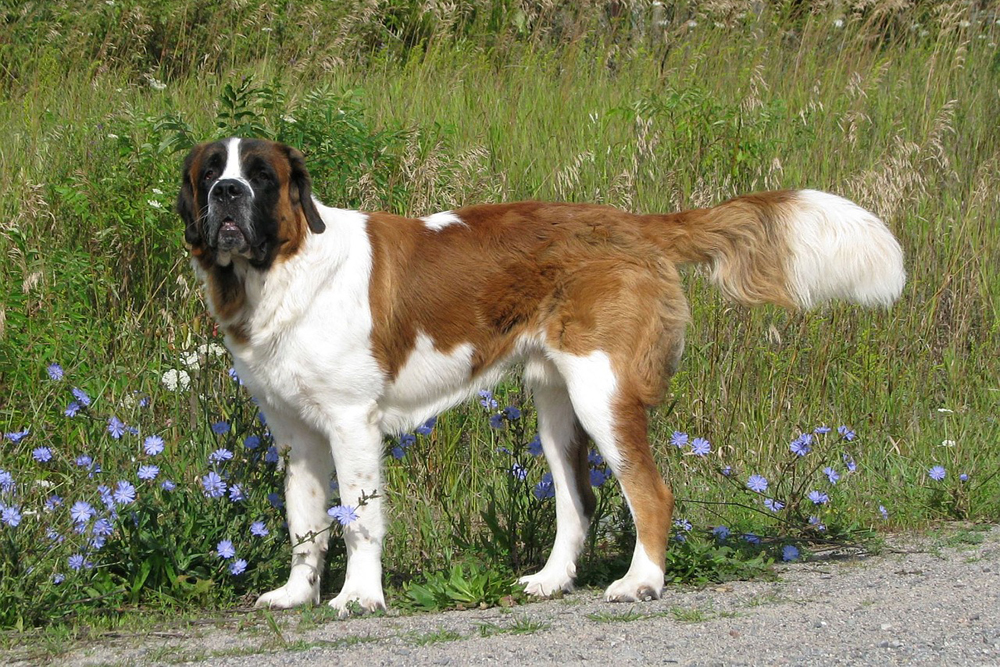 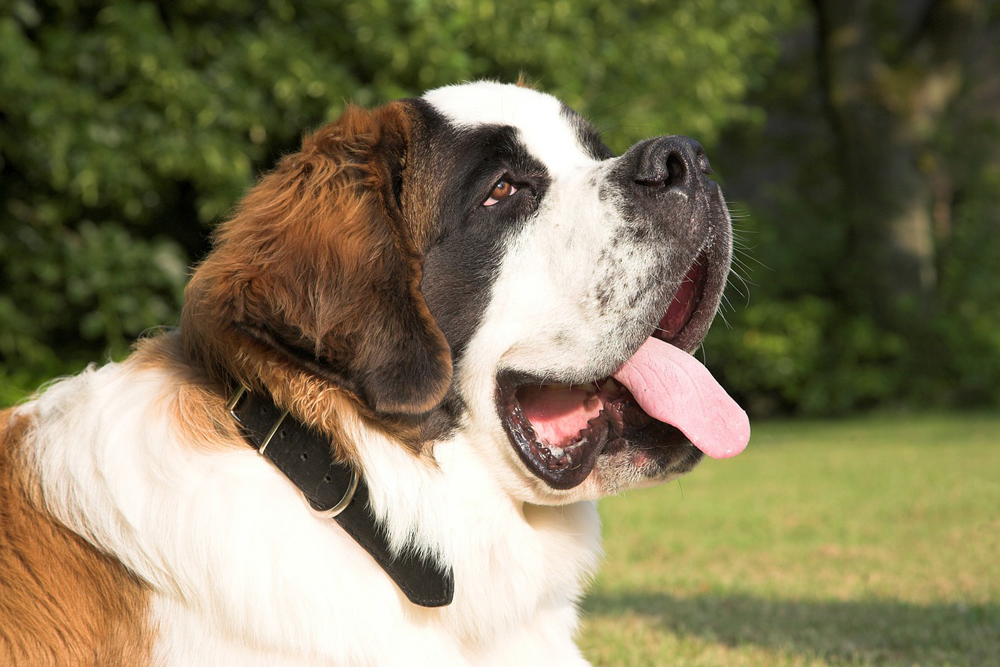