Some dogs struggle, spending years of their lives waiting for a forever home. One Lab Mix named Moose traveled across states to find the perfect human to call his own. But then, it happened. Moose finally found love and his forever home. Unfortunately, forever would end too soon for this loving lab. As he sat vigil, the fate of the beautiful boy was once again in question.

Moose started his life in difficult circumstances. In 2017, someone found him tied to a railroad sign in front of an animal shelter in rural Georgia.

Moose lived in the shelter for many months. No one wanted to adopt this adorable pup and time was running out for him. Unfortunately, Moose was residing in a kill shelter. The longer he lived there, the more likely he would be euthanized because of overcrowding. It is a fate too sad to even think about.

However, one shelter employee would not give up on Moose. She asked her peers for help until she found Eleventh Hour Rescue in New Jersey. They had room for the Lab. Moose moved north to his temporary home. Soon after, his new dad came into the shelter and adopted Moose. It was love at first sight.

The Journey to a Forever Home

After only one year in his new home, tragedy struck. Moose’s dad fell ill. While sick, his dad spent time lying in a hospital bed. When he passed away, Moose could not comprehend that his beloved father had left this earth. He sat patiently next to the bed, waiting for his dad to return. Simply heartbreaking.

The employees at Eleventh Hour Rescue ached for Moose. They wanted to find him a forever home with a wonderful family. They posted his story on their social media channels and suddenly it started spreading. There were thousands of shares across their account and others.

Adoption applications started rolling in for the pup. Just a few days later a forever home was found! Eleventh Hour Rescue posted this on Facebook:

MOOSE HAS BEEN ADOPTED by a wonderful family who will care for and love him for the rest of his life!

Hooray for Moose! Though this loyal and loving dog suffered through many trials and tribulations, we are thrilled to hear that he found a new home. 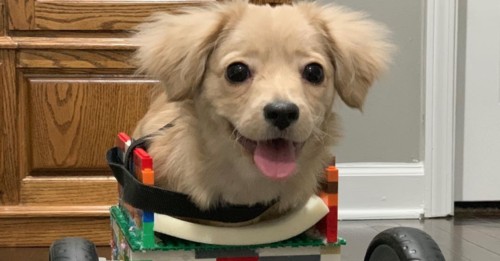 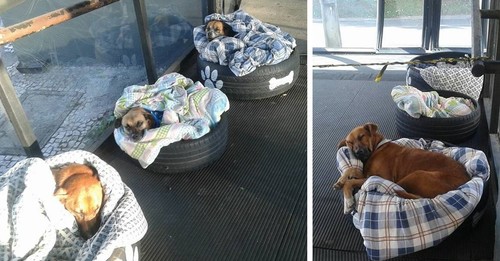 Brazil Bus Station Provides Strays With Shelter From The Cold