All it takes is one day, one moment, and one traumatizing experience for a dog’s confidence to be completely shaken. We want their lives to be full of belly rubs and tail wags, but even the best dog owners can’t protect their pups from potentially traumatizing incidents. Dogs that live through scary situations are often overwhelmed by emotions. They find it difficult, and sometimes impossible, to move on after a specific event changes their perception about life. Traumatizing past experiences often evolve into serious behavioral issues, but the worst part for dog owners is watching their beloved pets struggle to enjoy life the way they used to. 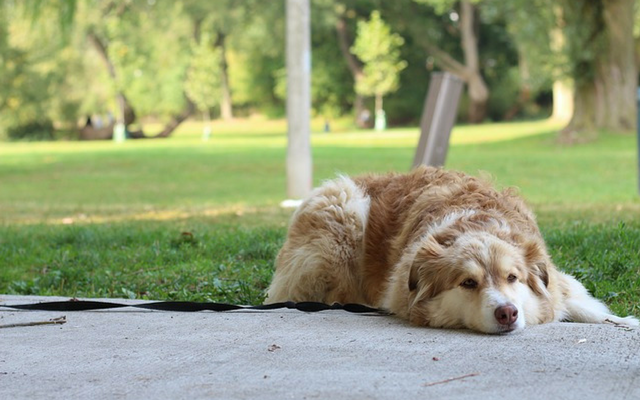 “an anxiety disorder that can develop after exposure to a terrifying event or ordeal in which grave physical harm occurred or was threatened.”

It’s most often associated with military veterans and law enforcement officials, but new research shows it also happens to canines. Sometimes symptoms of canine PTSD last only a few weeks, but for other dogs that experience particularly stressful ordeals, overcoming their debilitating anxiety isn’t as easy. Their experiences change the way they view certain situations, and the confidence that was once rock solid now wavers with their insecurity. Behaviors related to PTSD include:

Chronic cases of PTSD inhibit a dog’s ability to live a normal life, and even mild cases can negatively affect their quality of life. Diagnosing a sudden change in behavior as a symptom of PTSD is the first step in a long road toward moving on. 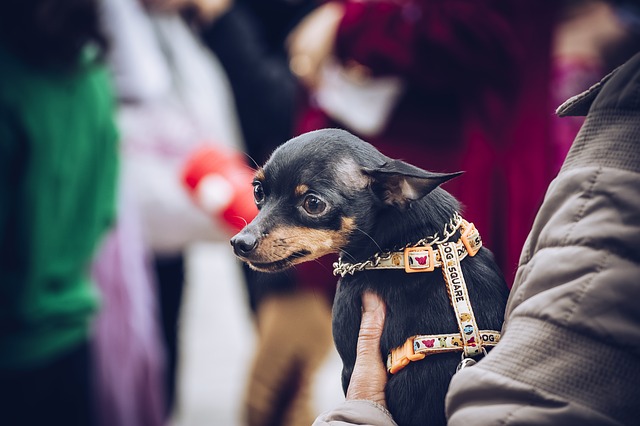 While it’s easy to see why military dogs and formerly abused rescue dogs struggle with PTSD, those major life-threatening experiences aren’t the only types of trauma. Pets that live pampered lives with owners who love them also lose their confidence due to certain experiences. Paws Abilities writes,

“The dog determines what’s traumatizing, not you. While you may not have thought that holding your dog down for a simple nail trim was that big a deal, your dog may have a different opinion.”

A dog that goes on a walk and is suddenly attacked by another dog could experience PTSD symptoms and flashbacks when they see their leash, when they encounter other dogs, or when they’re in the same area where the attack happened. They could also react in a generally fearful way to anything from loud noises, strangers, and new stimulus. MSA Security says,

“Dogs get flashbacks, often from environmental triggers that remind them of a traumatic event. Dogs with PTSD are affected differently by these flashbacks.” 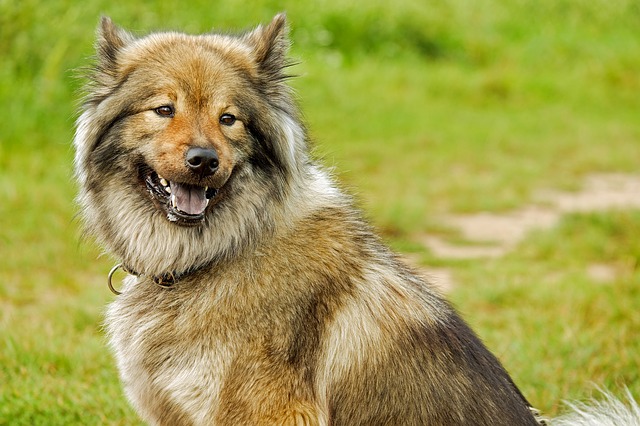 A dog that’s had her confidence shaken is suspicious of the world. Her trust that bad things won’t happen to her has been broken, and dealing with that upsetting reality results in her questioning everything around her. Having a regular routine helps with this. Knowing exactly what to expect eliminates the fear of surprise. Animal Wellness Magazine writes,

“Routine is important for these dogs. They need to realize the world is an ordered place. If you have a dog that suffers from PTSD, he needs to be fed and walked at the same times every day. Introduce new things very gradually so he has a chance to become used to them.”

For dogs that react in specific ways to specific stimuli, desensitization counterconditioning is usually an effective training method to help them become more comfortable around whatever it is that’s causing the problem. A dog that is now afraid of car rides because they were involved in a car accident, for example, can be slowly taught that cars aren’t always scary. 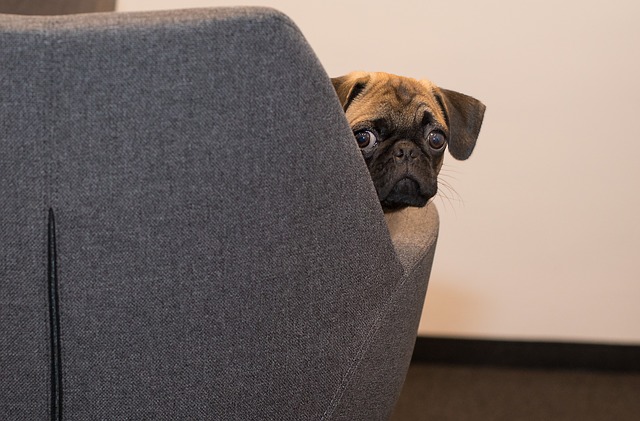 Desensitization works by first using positive reinforcement to help the dog get used to seeing the car from a distance. When they’re okay with looking from a distance, they’re gradually moved closer. The goal is to eventually work up to sitting in the car calmly without going anywhere. When their confidence is at its peak, they can start going on increasingly longer rides. The same technique can be applied to almost any trigger including people and other dogs.

Jaak Panksepp, a psychologist and animal scientist at Washington State University, has conducted extensive research on how active play can help dogs cope with PTSD symptoms. Wag! also supports extended playtime as a way to rebuild confidence and says,

“Exercise and play therapy sessions should be vigorous,  but the dog should be relaxed and enjoying the playtime.  These sessions are intended to increase the levels of dopamine, improving your dog’s mood in a safe and efficient manner.”

Letting loose during playtime is a dog’s opportunity to forget about stress. The “feel-good” hormones that are released during play help them fight depression. When they’re in a good mood, they’re better equipped to handle potentially stressful situations.

When life starts to become overwhelming, negative emotions escalate until they take over. A dog struggling to regain confidence needs a quiet space away from all things scary. They need somewhere they can go where they feel perfectly safe.

A crate, a mat in the corner of the room, a blanket at the back of a closet—a dog’s safe place can be anywhere they choose. Dog owners can help reinforce this idea by making sure only good things happen in that specific space. Never send them there as punishment and don’t invade their territory. Eventually, their safe place will represent the idea that the world isn’t always as scary as it was that one time they got hurt. Your dog knows when you’re stressed, angry, sad, and happy—and you should know your emotions are contagious. Seeing a four-legged best friend live in fear is emotionally taxing, but it’s important to keep your feelings in check to help them overcome their own.

While you’re working on desensitization or focusing on other training lessons, you need to exude confidence. You might have a sudden stab of anxiety when you see something you know your pup won’t like, but reacting negatively will only make the situation worse. Your dog will find confidence from your positive attitude, but if they know you’re worried, they’ll think they should be too.

Helping a dog rebuild confidence after a traumatic incident is a long and winding road. Emotional scars are often harder to treat than physical ones, and the best treatment is patience and understanding. Whether it was a dog attack, car accident, or unpleasant grooming session, never punish a dog’s resulting anxiety. There’s a chance your dog will never be the care-free pooch they once were, but that doesn’t mean they don’t deserve your love and support. There isn’t always a cure for PTSD, but rebuilding confidence is a life-long process. Never give up on giving your dog the best quality of life possible.