If you are looking for a training challenge, then one of these breeds may be for you; these intelligent dogs will definitely make you work for the results you seek. However, if successful, you will receive full bragging rights.

The Afghan is known for being aloof and independent, traits that can make training a challenge. It makes sense, however, since he was originally used to chase prey independently over very long distances. He would lose the prey if he wanted to stop and check in with his owner all the time.

The American Kennel Club describes this breed as having “cat-like personalities [that] make them independent, stubborn and less eager to please than other breeds” (www.akc.org). Like cats, they are smart, you just have to convince them that what you want them to do is also what they want to do. Like the Afghan hound, the Basenji was used to hunt at a great distance from his human, so he also is independent and aloof. They are full of energy and love to play, so that can be one way to get them more interested in you and training.

The Bulldog does everything on his time. Not unintelligent, he just sees no reason to hurry when asked to do something by his owner. This can be frustrating to some, especially if they are used to training quick breeds like a Shetland Sheepdog, for example. Nonetheless, they are very smart and many have become famous for performing tricks, like Tillman, the skateboarding bulldog.

No surprise, another hunting dog that is known for being harder to trainer than other breeds. They are considered quite affectionate, however, they are bossy as well and tend to want to have things their way, making training a challenge if your way does not align with theirs.

Bred as a lap dog for the royals of China, the Fu Lin (or Lion Dog), was never meant to carry out an obedience drill or an agility course. So it makes sense that people often find these intelligent courageous dogs are more interested in attention than in training.

Notorious for being almost impossible to house train, the doxie is, in a word, stubborn. Yet another hunting breed, they also are independent and want to make their own house rules, much to the chagrin of their owners.(but man are they cute!)

Although some may feel all terriers should be on this list (most terrier breeds are known for being intelligent but also somewhat stubborn), the Welsh Terrier may be King of the Terriers when it comes to being independent. They are difficult to housebreak, cannot be trusted off leash (due to chasing), and definitely have a “why should I do what you are asking” attitude. But they also have fun-loving personality with a spring in their step that is guaranteed to make you smile.

Like the Chow Chow, The AKC describes the Borzoi as “cat-like and [having] independent and undemanding natures” (www.akc.org). They prefer to do what they want when they want and need a lot of training before they can be trusted off leash.

A smart hunting breed, the Beagle’s main problem with training is his nose. Off-leash work is almost impossible without a very firm obedience foundation, because if they pick up a scent, they’re gone. However, there are trainers who compete (successfully) with Beagles in off-leash sports such as agility; it’s just more of a challenge getting them to that stage than say a Border Collie.

It’s not that a husky isn’t smart enough to be trained. It’s quite possibly they are too smart! These incredibly intelligent, high prey drive beauties prefer to train their owners, rather than the other way around. If you have a husky, be sure to work on your “stay” and “come” commands, as they do not do well off leash and often bolt out the door at any chance. 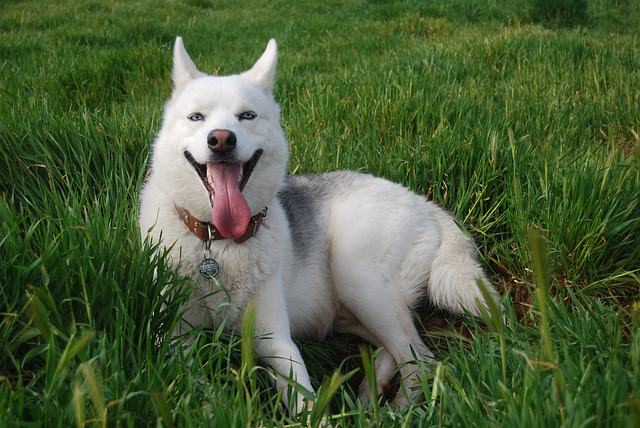 Often perceived as a slow and passive breed, these adorable doggies do have a stubborn side. They often obey as slow as possible, especially to the “come” command. Make sure to be consistent and involve lots of treats and praise with this breed. Leave a comment below and tell us if you think we missed any breeds. What (if anything) did you find helped with training?