Earlier this year, Toni Tesen let her dogs out for a late night potty break. Stanley, an 11-year-old Toy Poodle, suddenly saw movement in the bushes and sprang forward to investigate. Tesen had enough time to register the “fat tail” of a coyote before the animal took off through a nearby field with poor Stanley in its jaws. It happened so quickly, the seven pound rescue dog never had a chance.

“Stanley was there one minute and the coyote was there the next,” Tesen later recounted. Sadly, Tesen – who lives less than 10 miles from Detroit’s western border – is not alone in her heartbreak. Coyote attacks are on the rise throughout the country, including the heavily populated suburbs of major cities like Washington D.C., Boston, Chicago, Detroit, and Los Angeles.

There was a time when coyote sightings were isolated to remote, rural areas. Urban sprawl, wildfires, droughts, and human alteration of the landscape have slowly depleted their natural habitat, forcing coyotes to venture ever closer to developed communities.

Despite the factors against them, coyotes have continued to thrive. Something researchers attribute to their remarkable adaptability. Depending on the circumstances, coyotes can live alone or in mated pairs, they can hunt at night or in broad daylight, and they can survive on a diet of living or dead animals, insects, or even fruit.

“Coyotes are without a doubt the most versatile carnivores in America, maybe even worldwide,” animal behaviorist, Marc Bekoff told Smithsonian.com. 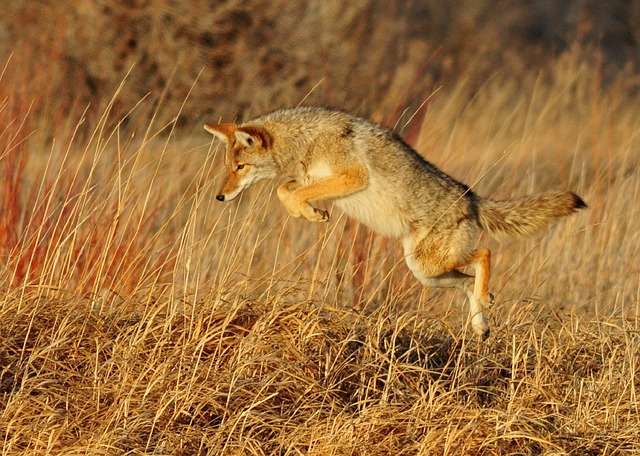 They are also extremely bold predators. Attacks on pets often occur right in the presence of one or more humans. Dogs are snatched from the ends of their leashes, or dragged from their own yards over 6-foot privacy fences.

Holly Vaughn, wildlife communications coordinator for the Michigan Department of Natural Resources, says this behavior results from the coyotes’ belief that it is humans invading their territory, not the other way around.

Although coyotes only weigh about 20 to 50 pounds, they hunt with deadly precision. They carefully stalk their prey and run at speeds of 40 miles-per-hour, nipping at the legs of victims that attempt to escape.

When they attack, they immediately aim to kill, biting the neck and compressing the windpipe. Pets killed in coyote attacks typically die from a combination of suffocation and shock.

While larger prey is usually eaten on site, smaller prey like cats and small dogs are dragged or carried off, meaning many owners never know what became of their pets. 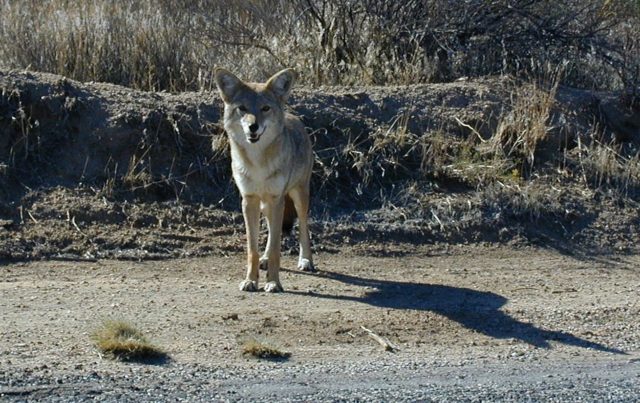 Should you witness your small dog being attacked by a coyote, the first 15 seconds are critical. Beyond that, the damage to your beloved pet’s head, body, and throat will likely be too severe to survive. While professionals recommend several methods for “hazing” – or scaring away (further explanation below) – a coyote, once the attack happens these methods are less effective.

Even if you manage to scare away the predator, your dog’s injuries may still be fatal. The best way to ensure your pooch survives a coyote attack is to protect their neck and body with a Predator Vest™. 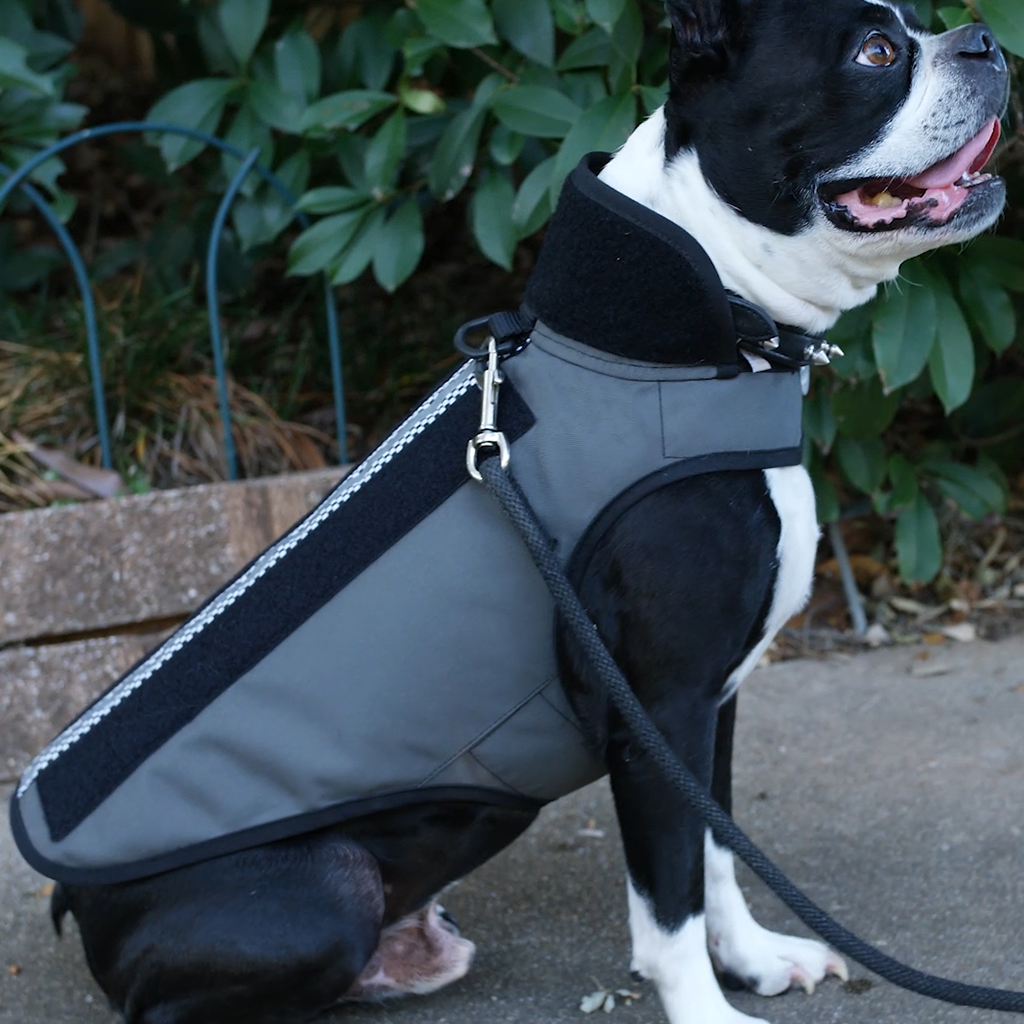 Made with bite-resistant material to protect your dog’s throat and torso, the vest offers excellent protection from attacks. 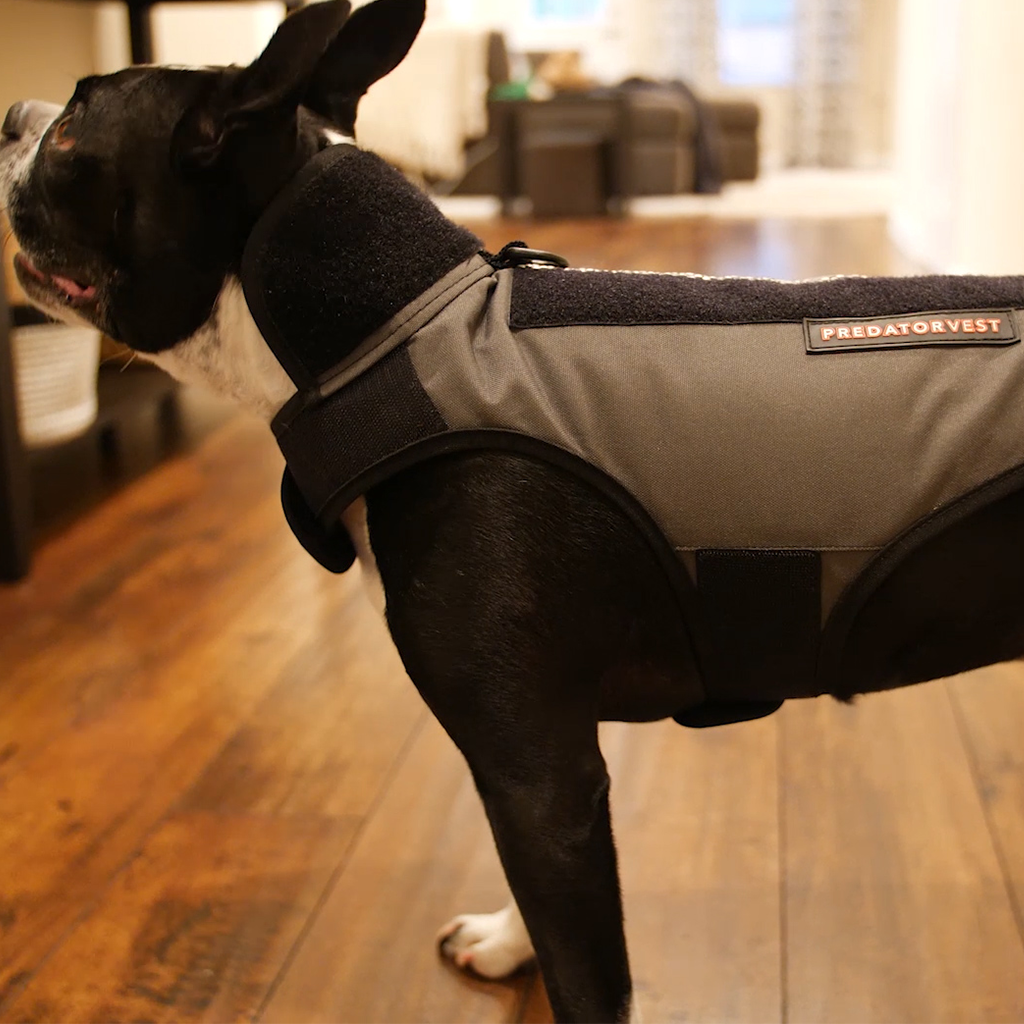 Best of all, your dog will not feel as if he is wearing body armor at all! The vest is flexible, light-weight, and fits the body in the same way many harnesses do. It even includes reflective strips for additional night-time safety and a strong D-ring for attaching your pup’s leash.

As frightening as the thought of a coyote attack may be, do not attempt to harm or kill them should you have an encounter. Instead, help maintain their fear of humans through hazing. The Humane Society recommends being as “loud and large” as possible using the following methods (preparation required for some):

If the coyote does not immediately respond, escalate your hazing by raising your voice and exaggerating your body movements until it flees. It is essential that you completely haze the animal away. Coyotes often return to the same areas, so make sure they do not feel safe in your neighborhood! 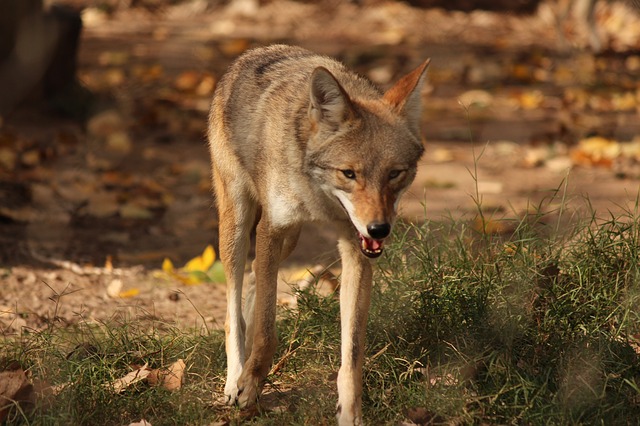 Experts warn that you must never turn your back or run from a coyote, as these may be seen as signs of weakness. Should you encounter an animal acting strange, sick, or overly-bold, CoyoteSmarts.org recommends backing away slowly while continuing to haze, getting indoors, and contacting your local animal control department.

As their natural habitats and food sources disappear, coyotes are becoming more desperate and more daring. They stalk their prey with stealth and strike with remarkable speed. To keep dogs safe, you must take steps to protect them before an attack: 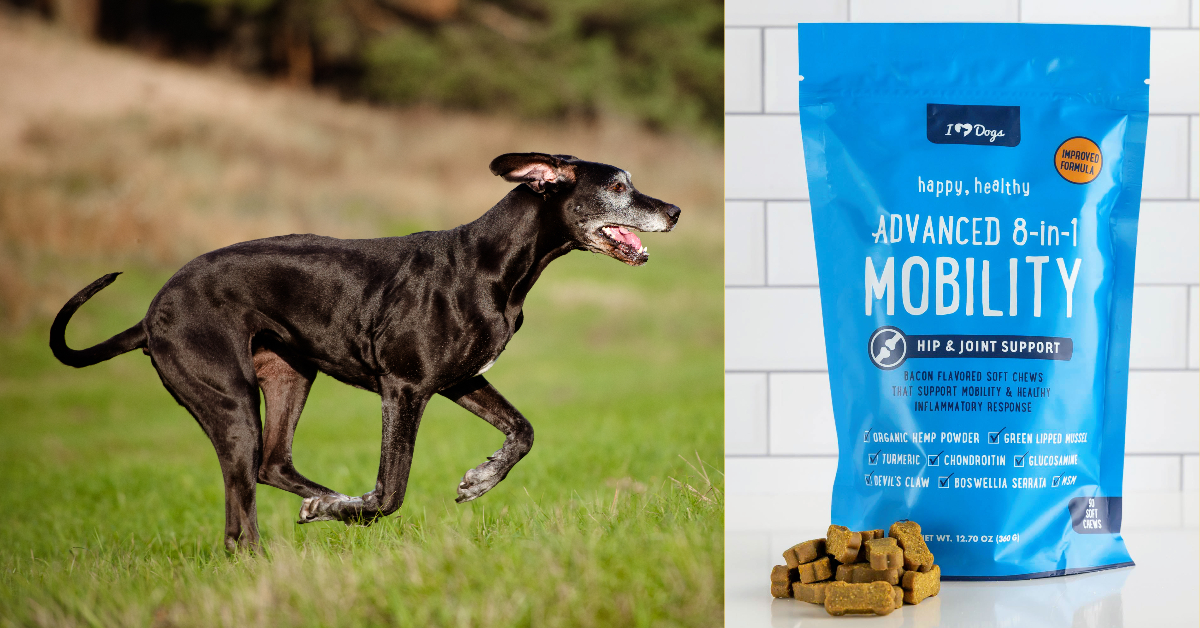 5 Reasons Why Pet Owners Are Choosing These 8-in-1 Mobility Chews For Their Furry Friends… AND 3 Reasons Their Pets Are LOVING Them! 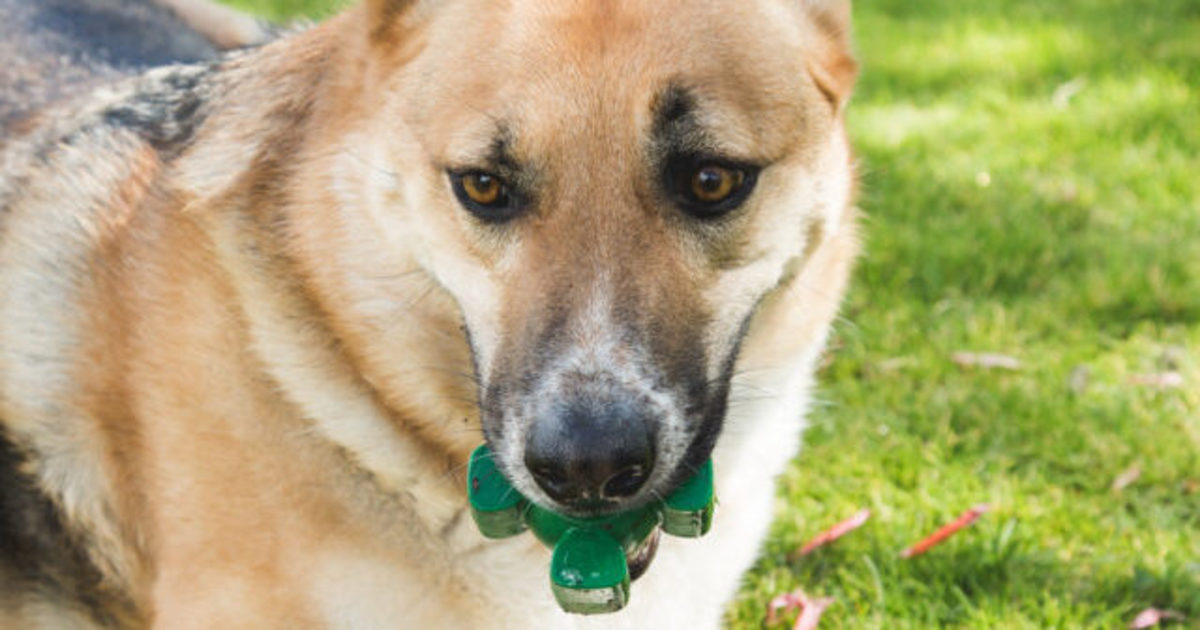 The Dental Chew For Dogs Recommended By A Certified Veterinary Dentist 11 Rad Rawhide Alternatives For Your Dog 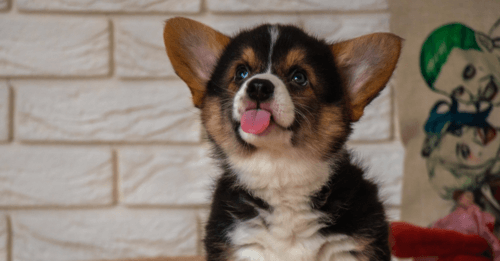 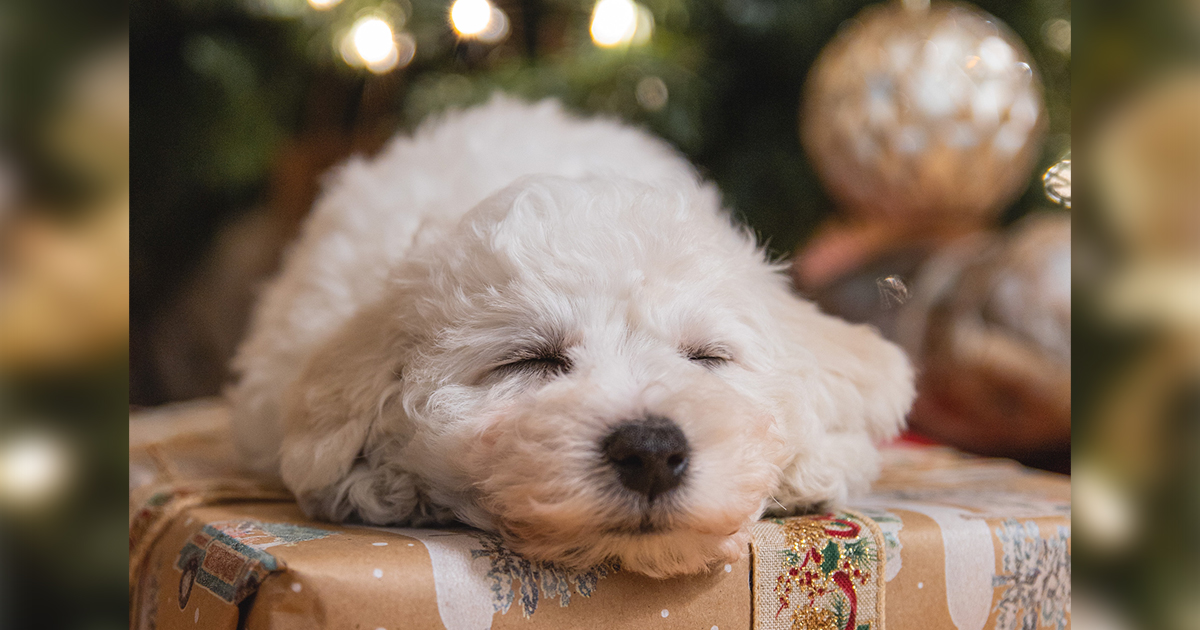