As much as we love our dogs, they do have a few less-than-adorable habits. But dogs that drag their butts across the carpet, roll in roadkill, and steal our underwear all pale in comparison to the dreaded poop eaters!

Although it is repulsive to humans, coprophagia – the behavior of eating feces – is not only quite common, it is also considered “normal” in the canine world.

Luckily, there are ways you can discourage this habit in your pup. 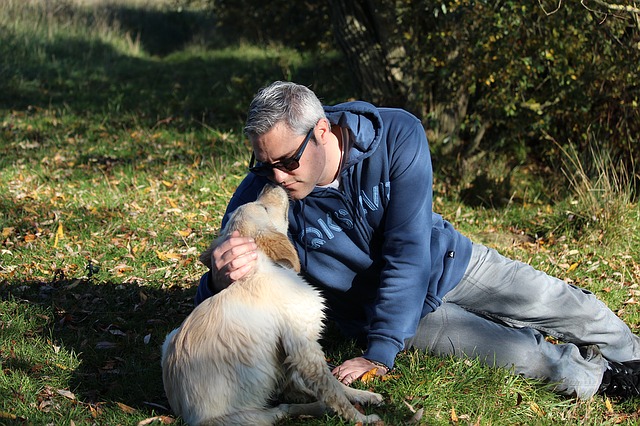 In order to determine how to treat coprophagia, it is important to first determine why the individual dog has developed this habit in the first place. Several theories exist as to why a dog may engage in this behavior.

Protecting the Pack from Parasites

A 2012 study conducted by the University of California, Davis Veterinary School, examined the results of two separate surveys sent to about 3,000 dog owners. The lead author, Dr. Benjamin Hart, concluded that dogs who eat their own stool are likely acting on “an innate predisposition of ancestral canids living in nature that protects pack members from intestinal parasites present in feces that could occasionally be dropped in the den/rest area.” Another possible explanation is the history of canids as scavengers. In times when food is scarce, dogs have been known to eat from garbage cans or nibble on rotting meat. When it comes to survival, beggars can’t be choosers, so dogs with a history of malnutrition may be predisposed to coprophagia. Mother dogs stimulate their puppies to urinate and defecate by licking them. They also clean them up in this manner for the first few weeks of life. Perhaps having picked up the scent of feces on their mothers’ breath, puppies have been known to experiment with eating both their own stool, and that of other dogs, cats, horses, geese, etc. This is a behavior they typically grow out of when they reach adolescence. Dogs may develop poop-eating behaviors due to environmental stress or behavioral triggers like being kept isolated from humans and other pets, spending too much time confined, harsh housetraining methods or punishments, attention-seeking behavior, and living in a multi-pet home or with an incontinent dog. 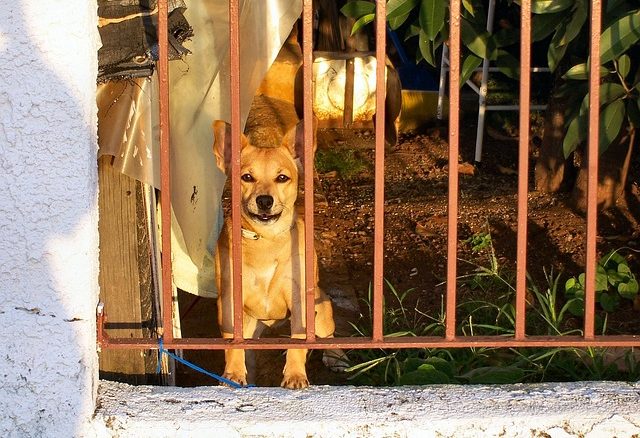 Veterinary recommendations for treating coprophagia include supplementing with vitamins in case something essential is missing from the diet; adding meat tenderizer which contains the enzyme, papain to make up for the lower protein diets many domestic dogs eat; and taste-aversion products like For-Bid that make feces less appealing. 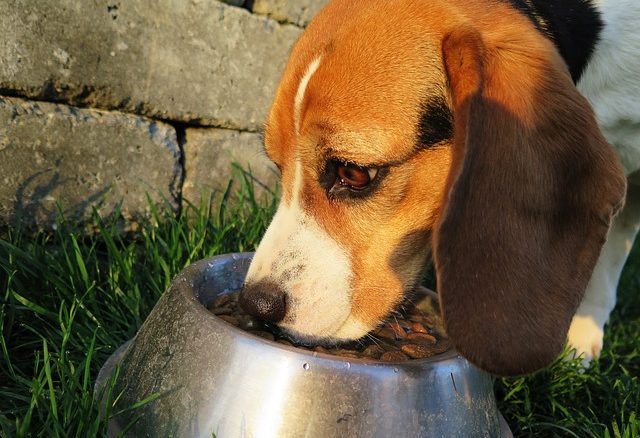 It is also important to keep the dog’s environment free of temptation by scooping the poop from your yard daily, picking up after your pup on walks, and keeping cat litter boxes clean and out of your dog’s reach.

Veterinary behaviorists suggest teaching your dog to come to you for a treat immediately after eliminating so that they forget about the poop in favor of a more appropriate snack. Remember that eating their own poop tends to be harmless for dogs, but consuming that of other animals may cause health problems if the stool is contaminated with parasites, viruses, or toxins.