The Monmouth County, NJ branch of the SPCA has brought charges of animal cruelty against former veterinary technician, Andrea Oliveira.

She is accused of taking a 15-year-old Miniature Pinscher named Caesar from Briarwood Veterinary Hospital where she worked and keeping him for 5 months.

During that time, the dog’s owner, Keri Levy, believed he was deceased.

In May, Levy and Briarwood veterinarian, Dr. Menez came to the decision to euthanize Caesar due to his declining health and a terminal diagnosis of Cushing’s Disease. An anonymous phone call on October 16 alerted Levy to her dog’s true fate.

Police in Howell, NJ said Oliveira acted “out of compassion for the dog and a desire to rehabilitate his health, albeit without the owner’s consent.” They added that Caesar did not appear to have been neglected over the past five months.

But Levy disagrees. She noted that Caesar appeared to have lost about 10 pounds while in Oliveira’s care. She was briefly reunited with him after their five month separation before finally putting him to rest.

According to Monmouth County SPCA Chief Ross Licitra, Oliveira violated the animal cruelty statute when she talked Dr. Menez out of euthanizing Caesar and convinced him to look the other way when she took the dog home. She also failed to produce any records showing that she sought veterinary care for Caesar over the past five months.

“If she’d been able to provide vet records it would have been different,” Licitra said.

Licitra added that Oliveira intended to let Caesar die naturally, but that she had no right to impose her beliefs on another family’s dog.

Oliveira was fired from Briarwood Veterinary Hospital at an undisclosed time. Dr. Menez has since sold the practice to another vet and quit working there when Caesar’s story went viral.

According to Licitra, Oliveira has been very cooperative with police and the SPCA.

Imagine being told that your 15-year-old dog, whom you’ve had since he was a little puppy, needs to be euthanized because he was so sick. Now, imagine discovering 5 months later that he had not been euthanized like you had been told, but was actually living with a former employee of the veterinary clinic you had taken your dog to.

Keri Levy of Howell, NJ doesn’t have to imagine. That’s exactly what happened to her family. 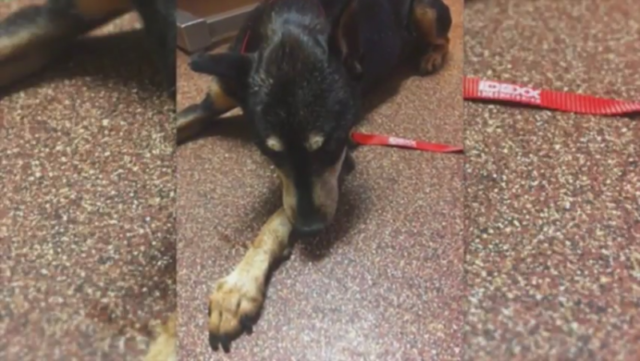 In May of this year, Dr. Menez of Briarwood Veterinary Hospital told Levy that Ceaser, her Miniature Pinscher, was suffering from Cushing’s disease, an endocrine disorder. He suggested the pup be euthanized due to how much his quality of life had already gone downhill. Levy left Ceaser at the hospital under the impression that he would be euthanized and she received a call later that evening saying that he was “at peace” and that she could come pick up his collar.

Five months later, Levy received an anonymous tip that Ceaser was actually living with a former employee of Briarwood. After she reached out to authorities to report that her dog had been stolen, the person returned Ceaser in worse shape than he had been in 5 months ago. He had received no veterinary care and had lost 10 pounds since Levy had last seen him.

Levy and her mother spent about an hour with Ceaser while he was checked out by another vet before he was finally assisted over the Rainbow Bridge and given peace, once and for all.

Briarwood is currently under new ownership, and neither Dr. Menez nor the person who stole Ceaser work there anymore. Police are deciding whether or not to file charges. 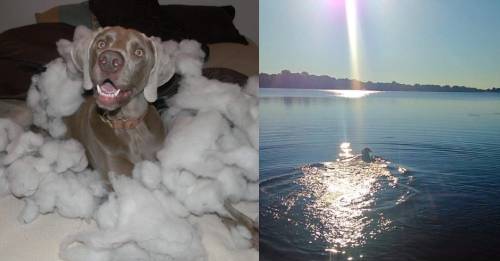