As a puppy, 6-year-old Merrick was abandoned at a garage sale. He had a huge abscess on his face and needed corrective surgery. Right from the start, the poor boy faced a lot of hardship.

Unfortunately, it wasn’t smooth sailing from there at all. Brought to the Kansas City Humane Society, Merrick waited and waited for someone to take him home for good. He waited there for over 5 years.

Merrick spent more than 2,000 days living at the Kansas City Humane Society. His need to be the only animal in a home and the fact that he lived most of his life in a shelter deterred many potential adopters. Small children make Merrick uncomfortable since he has such limited exposure to them, and he has a lot of strength and energy which can bowl over young kids.

“Merrick is an athletic guy and his playing style is pretty vigorous. It’s all in good fun and he’s never been aggressive with people, but he does play hard!” –Merrick’s Petfinder page

Still, Merrick’s playful personality and desire to love should have been enough to get him adopted. For over 5 and a half years, it wasn’t.

“It was love at first sight. What they wanted was someone without kids who had a lot of energy to keep up with him because he’s a huge dog. But he’s still a puppy.” (The Guardian)

The shelter staff and volunteers all lined up to see their longest resident join his new family. They had made celebratory signs and brought balloons.

Many teared up as he jumped in the back seat of his new car, as did I when I watched the sweet video of his departure:

A Billboard Finally Did It

Merrick endured dozens of photo and video shoots as part of a social media campaign to find him a home. People shared the dog’s story far and wide, yet the years went by without him being adopted.

“You have spent your entire life living in an animal shelter, but that’s all about to change. By the end of this upcoming week we will have a billboard with your face on it and thousands of people well learn your story. You may be homeless, but you have a small army of supporters behind you and I promise we will find your hero. Every shelter pet has a hero and I’m positive we’re going to find yours! 1700 days and counting…” – Scott Poore, Mission Driven via Facebook

The billboard went up at the end of November, 2019. The plan was to move the billboard to a different location in Kansas City every week and maximize exposure. Via Mission Driven’s Facebook page, Poore emphasized how much it meant to him to get this dog out of the shelter.

“I’ve tried just about everything over the last four years to find this beautiful boy a forever home and I’ve had no luck. He spent his entire life in the animal shelter and I refuse to let him enter 2020 still being homeless. He is my #1 priority.”

Thanks to the billboard, thousands of people saw this good boy’s face every day.

“It’s unbelievable it was this hard of a process. We were telling the same story to the same audience for those five and a half years but when Mission Driven bought the billboard we reached a whole new audience.”

The giant ad really turned out to be an effective tool. The billboard in Kansas City and picture of Merrick caught Nussbaum’s eye. He convinced his girlfriend (though it surely wasn’t hard) they had to adopt this dog. The rest is history!

The Humane Society shared on Facebook how thrilled they are for Merrick, despite being sad to see him go.

“Merrick found his perfect match—his new mom and dad, Jordan and Amy, are everything he has wished for and more! We could not be more happy, excited, proud, or thankful to everyone who shared his story.”

To my observation, they seem pretty right about this family being his perfect match. Nussbaum gushed to Good Morning America about his loving new dog.

“He’s a cuddle, he’s a licker, he knows nothing but love.”

They’ve even set up a Facebook page for Merrick so his fans can follow his happy new life updates!

It’s hard to believe a dog like this spent even a day in a shelter, let alone years. Still, we can all rest happy (after wiping these joy tears away) knowing how great Merrick’s life is from now on! And it helps to know how many people like Poore really care. 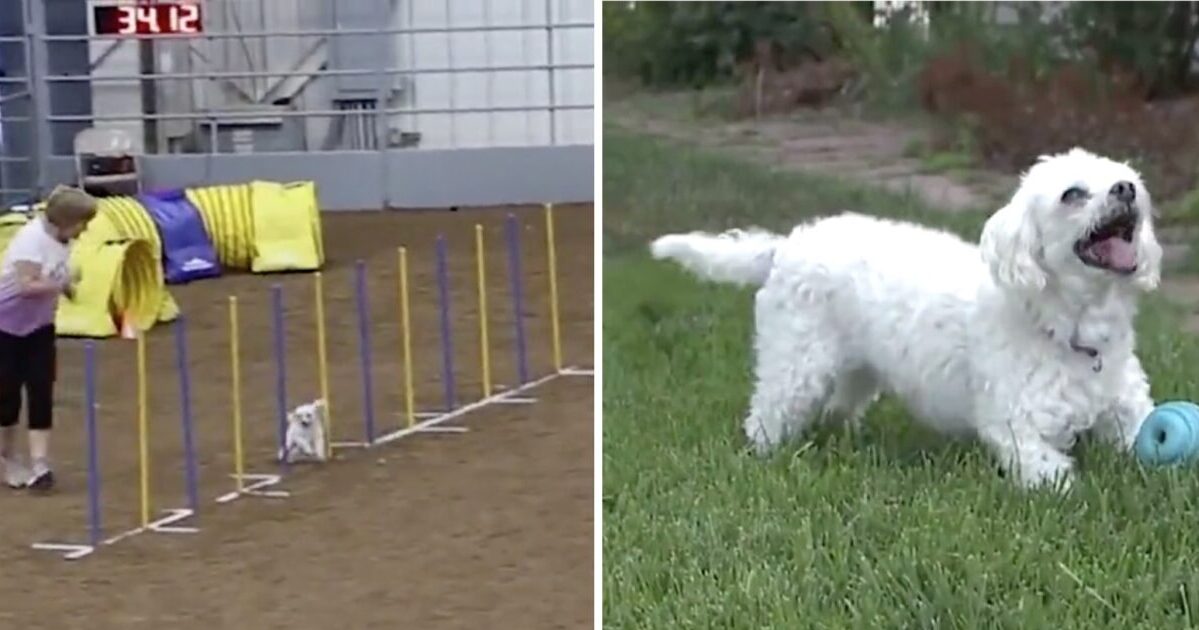 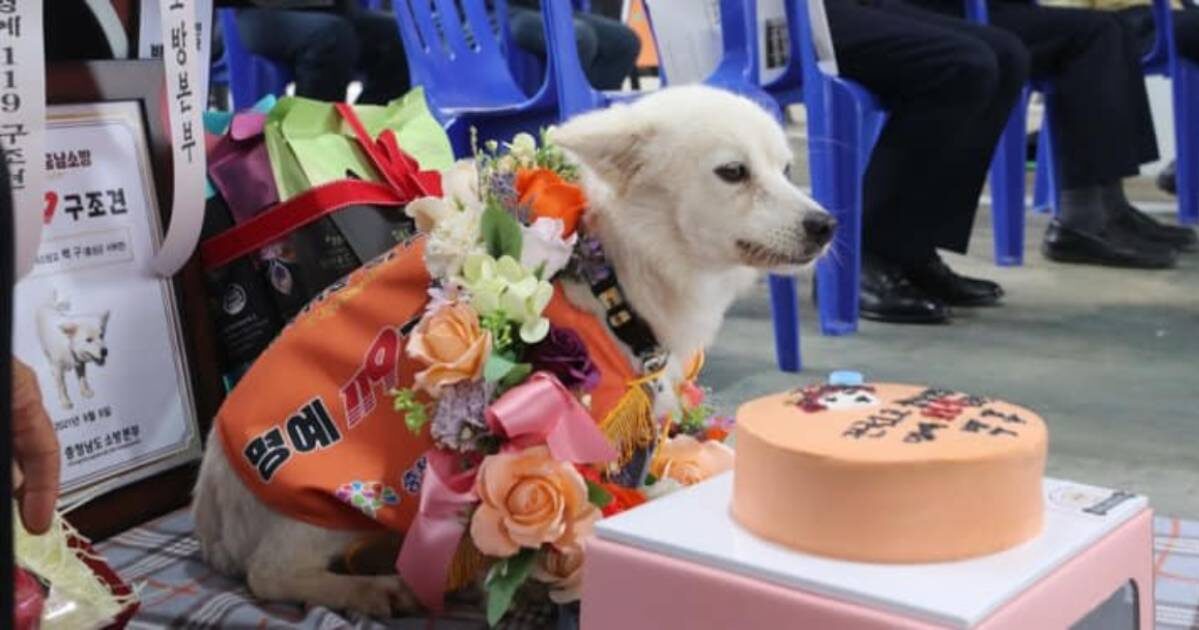 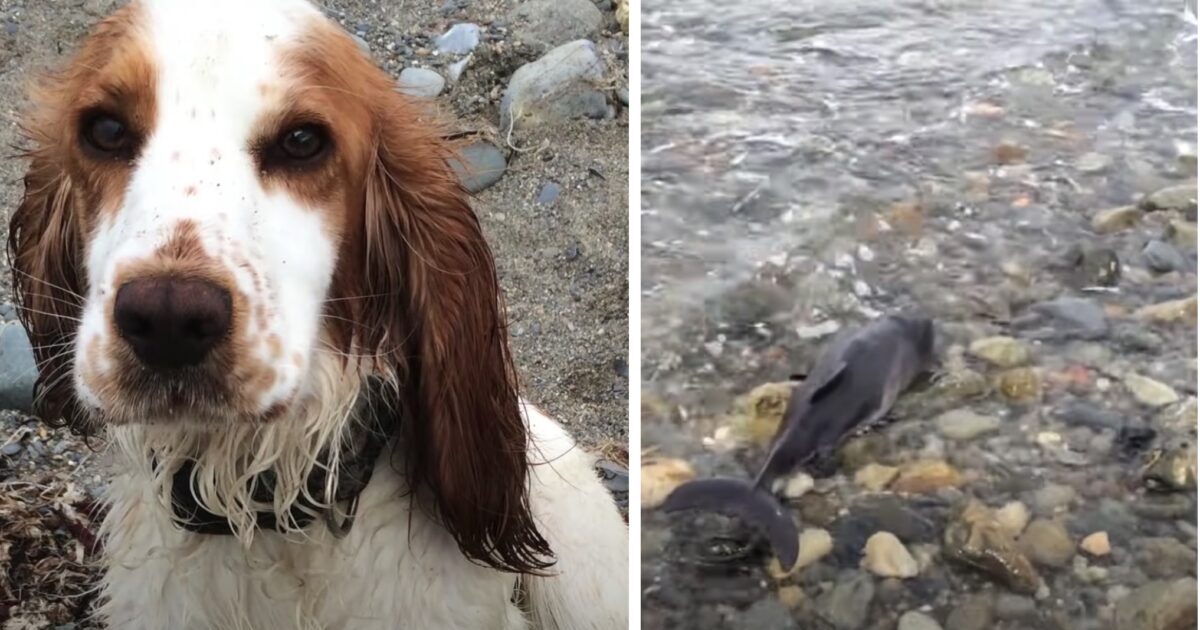