Private Conrad Lewis served in the 4th Battalion of the British Parachute Regiment. His duty brought him to Afghanistan, where, amidst the war and strife, he found a companion in a dog named Pegasus (Peg for short.)

On February 9th, 2011, 20-year-old Private Lewis was killed by a Taliban sniper while on foot patrol. As his family grieved this devastating loss, they thought about Peg and how Conrad would have felt about her being left behind.

The story of Peg, Conrad, and his family is a beautiful reminder of the value of canine companionship.

Peg, named for the winged horse Pegasus (the symbol of the airborne forces), brought a little light and joy into the compound. Conrad’s parents, Tony and Sandi, recalled how their son wrote to them about teaching Peg tricks and working alongside her.

Conrad and Peg formed a special relationship in Afghanistan. She often slept in his room, and he made up a little box bed for her.

Peg was more than a companion to these soldiers. She stood by them, unfazed, during firefights. According to Tony:

“He also said that she went out on every patrol with him, and he said ‘she’s fearless.'”

One Christmas, Conrad told his parents he wanted to bring his new best friend home with him. Following Conrad’s death in 2011, the Lewis family decided they had to find Peg and give her the love their son would have after discharge.

“She was working hard for them out there and I think it would have broken his heart to leave her behind,” Tony said.

Though soldiers serving abroad often form bonds with animals they meet and work with, taking them home from war zones is a huge challenge. As Sandi said in an interview:

“We knew we wanted to bring the dog back, and we had no idea, where do you start getting a dog back from Afghanistan in a war zone.”

Nowzad, an Afghanistan-based charity organization that reunites soldiers with their “battle buddies,” helped Conrad’s family pull off this difficult extraction. Typically they ask for assistance from the soldier in apprehending the dog, but once Nowzad learned of Conrad’s passing, they committed to making Peg’s rescue happen.

Nowzad is run by a veteran, Sgt Pen Farthing, who founded the organization in 2007. Prior to the Taliban regaining power in August 2021, Nowzad reunited over 1700 soldiers with the dogs and cats that they bonded with on the front lines of Afghanistan.

“At Nowzad, we were more than happy to be able to assist with Peg’s rescue and although Conrad, never got to return home to his loving family, his dog did. We always hoped that they got great comfort from that,” a Facebook post  from the organization reads.

Eventually, the Lewises received an email with a photo of Peg asking, “Is this her, and do you still want her?” Peg made it to the UK within three months, where the former Afghanistan stray had a home and family waiting for her.

The Life Conrad Would Have Wanted For Peg

Peg now lives the life her friend Conrad planned to give her, thanks to his family. They’ve found great comfort in her presence and knowing they could fulfill their son/brother’s wish.

“We may not be able to look after Conrad anymore, but we can definitely look after his dog for him. And just having her sit next to you, stroking her head and ears and everything, is a form of therapy,” Sandi said in an interview.

Conrad’s sister, Siobhan, said Peg is now an important part of the family. She’s also a very chatty dog, possibly learned during her time on the streets.

“She’s probably the loudest one of the family now, she’s taken over Conrad’s reign really.”

The “Inspirational Animal of the Year”

The story of a family’s commitment to their departed son and the dog who helped them heal inspired people all over the world. In fact, ten years after Conrad’s death and Peg’s rescue, the dog won an award. She was named “Inspirational Animal of the Year” by the Daily Mirror‘s People’s Pet Awards.

Conrad’s legacy extends beyond Peg and her happiness. The Lewis family established charity 353, named for the number of soldiers to lose their life in Afghanistan (Conrad was the 353rd). The organization helps military families in their times of need.

The Lewises are also regular donors to Nowzad. Sadly, reunions like this one have stalled since the Taliban takeover, but their work is clearly important and will hopefully resume soon. 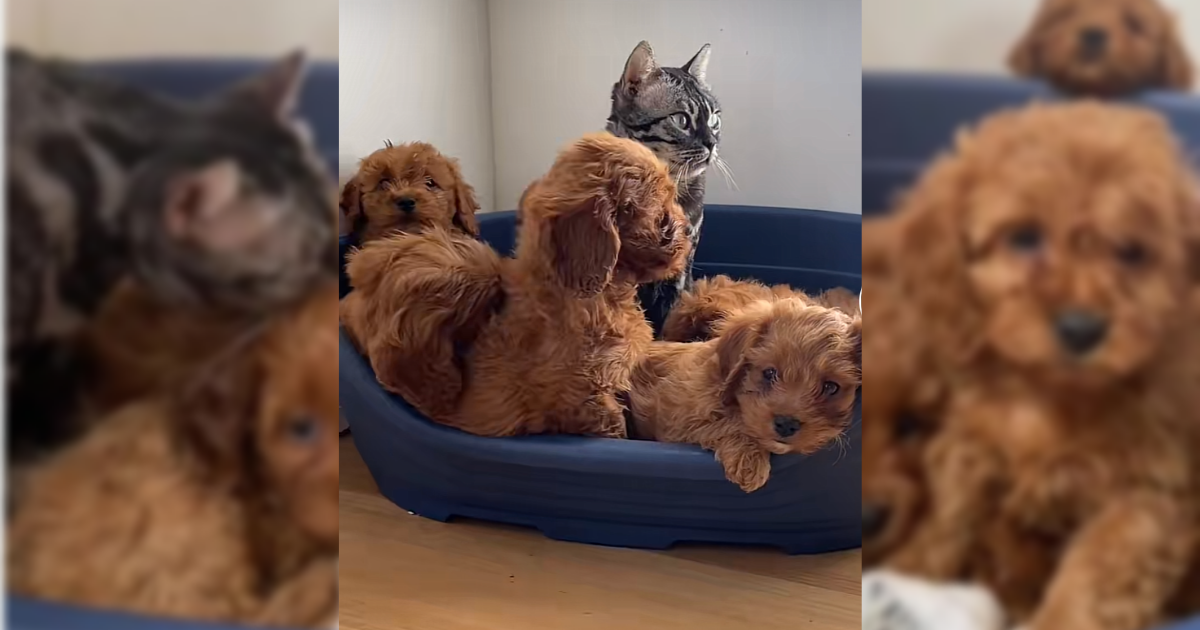 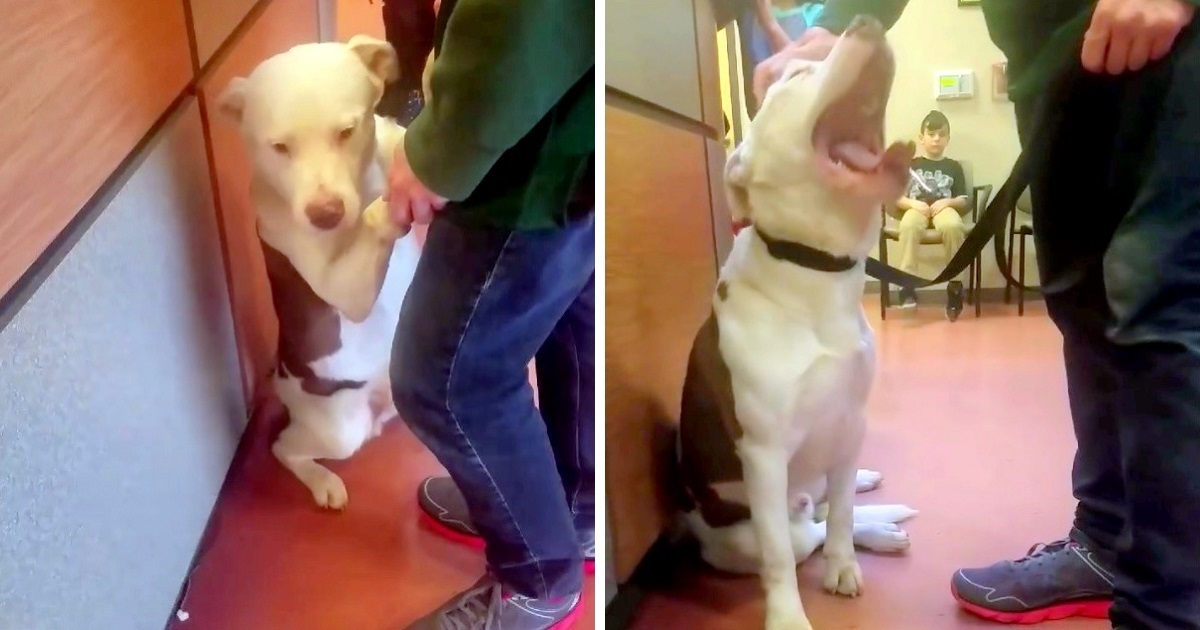 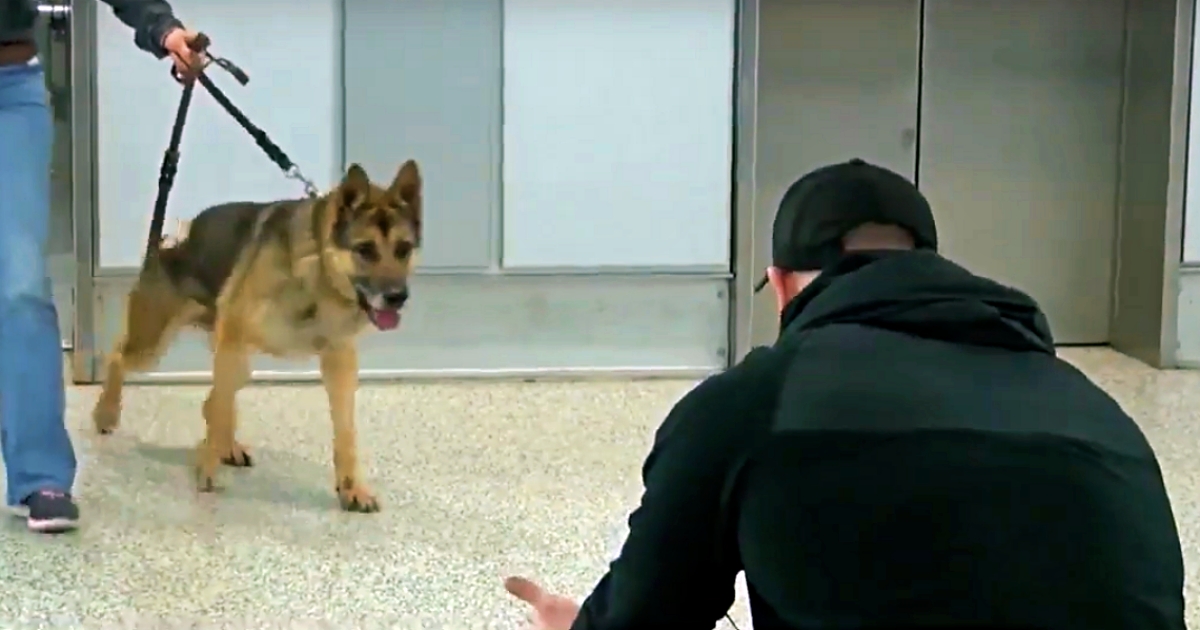 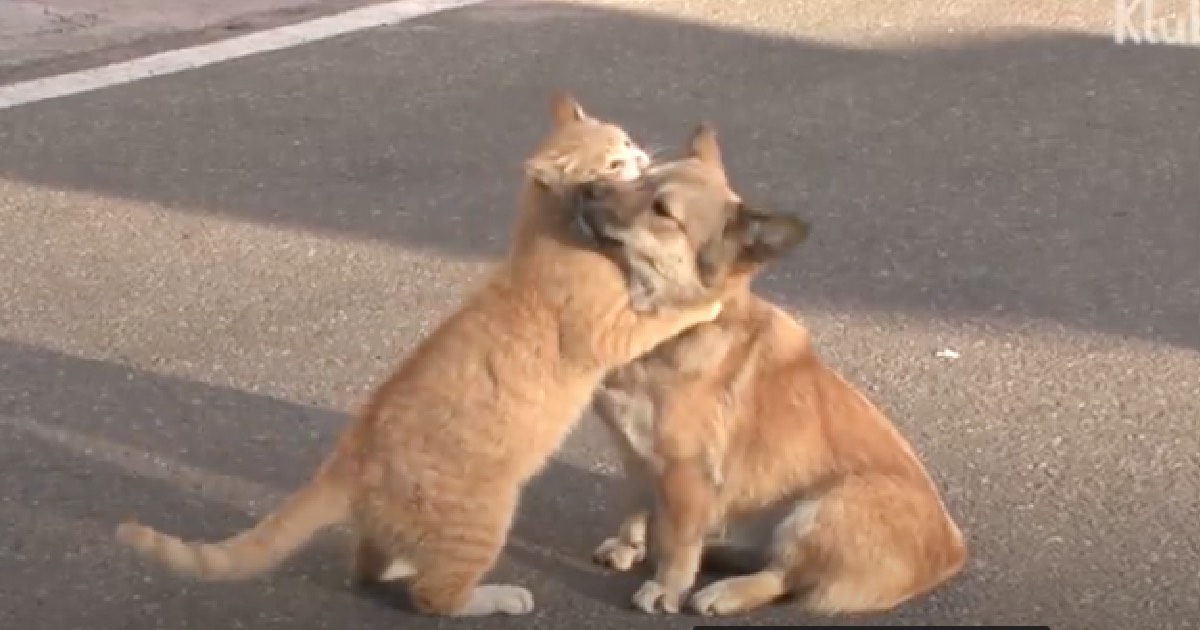