Jada the Pit Bull mix spent the past year confused, scared, and alone. When her dad passed away, her mom, Deborah Warren, was so filled with grief that she struggled to keep a daily routine. So, Warren made the difficult decision to surrender Jada to a shelter in Plaquemines Parish, Louisiana. She instantly regretted her decision, but by the time she was feeling more stable, it was too late. The animal shelter Jada was at had closed, which most likely meant euthanasia for a Pit Bull breed like Jada. For months, Jada’s former family thought she was gone forever, until a Facebook post caught their attention.

When Jada’s shelter closed, Northshore Humane Society rescued a group of seven dogs, one of which was Jada. The staff knew it would be tricky to rehome a 11-year-old Pit Bull, but they were determined to make it work. They all fell in love with Jada’s sweet personality, so they knew she’d find a forever family in no time.

But weeks quickly turned into months. Before they knew it, Jada had been with them for about a year. The organization had shared a wide variety of photos and videos to help the pup get adopted. They even aired a news story about her with no luck.

It was clear that Jada was not happy at the shelter. She would cry in her kennel whenever humans passed her. The staff tried to keep her comfortable by letting her stay behind the front desk during the day and even giving her a temporary foster home, but nothing seemed to work. Jada continued waiting, and she became sadder and sadder every day.

Then, one particular video changed Jada’s life. The staff created a tear-jerking TikTok video and shared it all over social media. It showed Jada crying and begging for a home. That was the video that caught the attention of Jada’s former family.

For an entire year, Jada’s family thought she was dead. Every day, Warren felt guilty and heartbroken about her decision to surrender Jada. Grief is extremely difficult, so it caused her to make a decision that she would’ve never made otherwise. When her extended family saw Jada on Facebook, they couldn’t believe their eyes. Jada was still alive!

Warren’s son, Josh LaBarge, and his family agreed to adopt Jada so she could be home with a loving family. They adored Jada, and they had been devastated when Warren let her go. So, LaBarge, his wife, and their 10-year-old daughter drove a couple hours to get Jada and bring her home. Of course, Warren came along so she could see the sweet dog again too.

Jada’s face lit up as soon as she saw the familiar faces at the shelter. She ran to her family with a tail wagging. It was clear that she finally knew she was home. Her days of crying at the shelter were over.

The shelter staff got emotional at the thought of Jada leaving, but they were also overjoyed that she got the happy ending she deserved. The Northshore Humane Society said they’re big about second chances, so they were glad that Jada’s family was able to welcome her home again. It might be a little different without her dad, but at least she’s with humans who love her deeply. 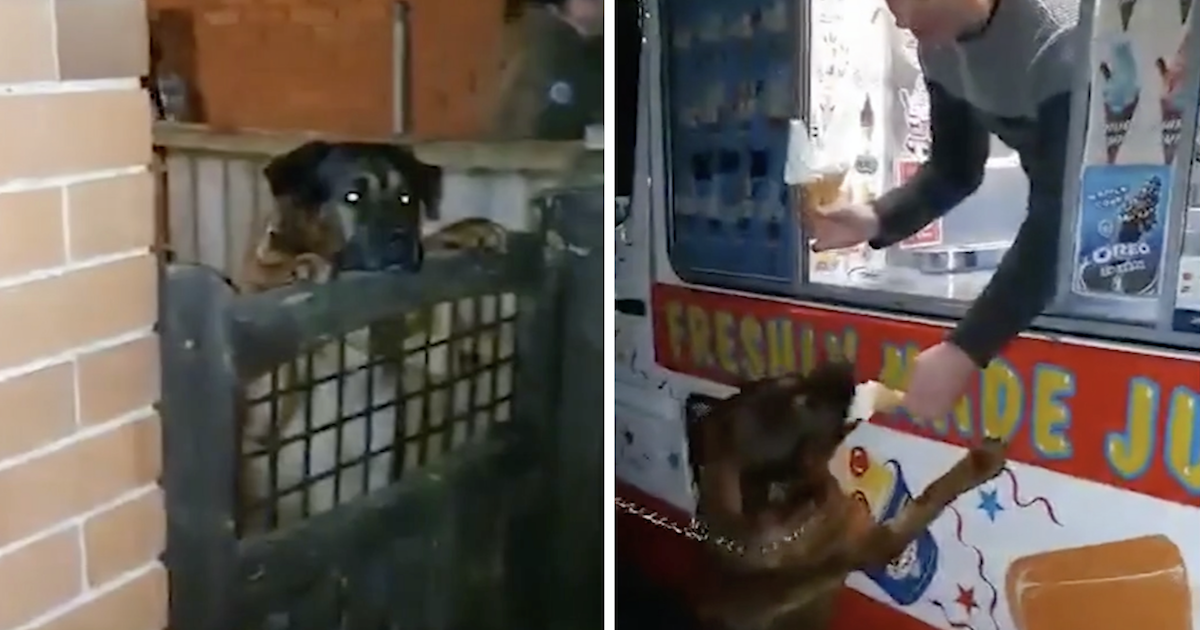