I’ll never forget how terrified and devastated I was when I first heard that my mom’s dog, Teddy, was hit by a car. One of the lucky ones, he came away from the accident with a broken leg. Teddy has that particular doggie resilience, and amazingly within a few days he was already learning how to leap on furniture with his full leg cast.

A brave Brittany Spaniel named Dexter from Colorado showed a similar determination. His accident, however, was much more devastating. As dogs often do, Dexter escaped his yard one day back in 2015.

What happened next would change his life forever, but he’d show incredible strength through it all.

“An owner’s WORST nightmare, a freak accident. Dexter escaped from the yard, and we were on search as soon as it happened, but he is fast. My husband Tim … found him running alongside the road. Dexter crossed the road right in front of a moving van.”

As you can imagine, the van did a lot of damage. Poor Dexter’s front legs went underneath it.

“I got a call from Tim that ‘Dexter kinda hurt his front legs.’ When I arrived on the scene, it was WAY worse than I imagined possible.”

The family lives in the middle of the mountains, so they had to drive nearly an hour to get Dexter to the emergency vet. Dexter held on valiantly the whole time.

“We were not sure he would make the trip, but he did, and his outstanding vet, Dr. Franklin, at the San Juan Vet Clinic saved Dexter’s life. Dr. Franklin credits Dexter’s determination to live.”

Thankfully, Dexter survived that terrifying accident. Still, his recovery would be long and difficult. The poor pup lost one of his front legs and the other was pinned at the elbow.

Dexter also had to wear a cone for nearly a full year, and he had to relearn how to move around without his front limbs. Still, though his circumstances had greatly changed, Dexter was just happy to be loved and cared for.

“He was super happy just being alive. He was smiling, happy and positive. There were many days his attitude was infectious for the rest of us. He was happy just to be.”

For a while, Dexter was sort of getting around like a tripod. He likes to explore though, and this method wasn’t quite efficient enough for him. One day when he was out in the yard with his mom, he figured something out. Pasek explained:

“One morning I had Dexter in the front yard for his morning routine, and he was so happy, I went back in to get my coffee. When I came back outside, he was up on the front porch. I was shocked, a bit upset because he … had just had another surgery. I knew he was not putting any weight on his front leg, so I had no clue how he climbed those stairs.”

Determined to solve the mystery, she brought Dexter back down the stairs and took out her phone to record. Then she saw her dog walking like a person: on two legs.

“He turned around and did it again. I caught him walking upright up the front stairs … I was shocked and scared he would hurt himself again. I remember feeling both amazement and apprehension over this determined dog.”

Though incredible to see at first, Dexter walking around on two legs is now totally standard for him. Just look at how fast he can move like this!

Dexter has been through a lot, but he’s still living his life to the fullest… and mostly bi-pedal.

“If Dexter wants something, Dexter will get or do anything he wants. We slow him down.”

Follow this resilient doggie on Instagram or Facebook! He’s also on Tik Tok, if you’re hip enough for that. Either way, you won’t want to miss his videos. 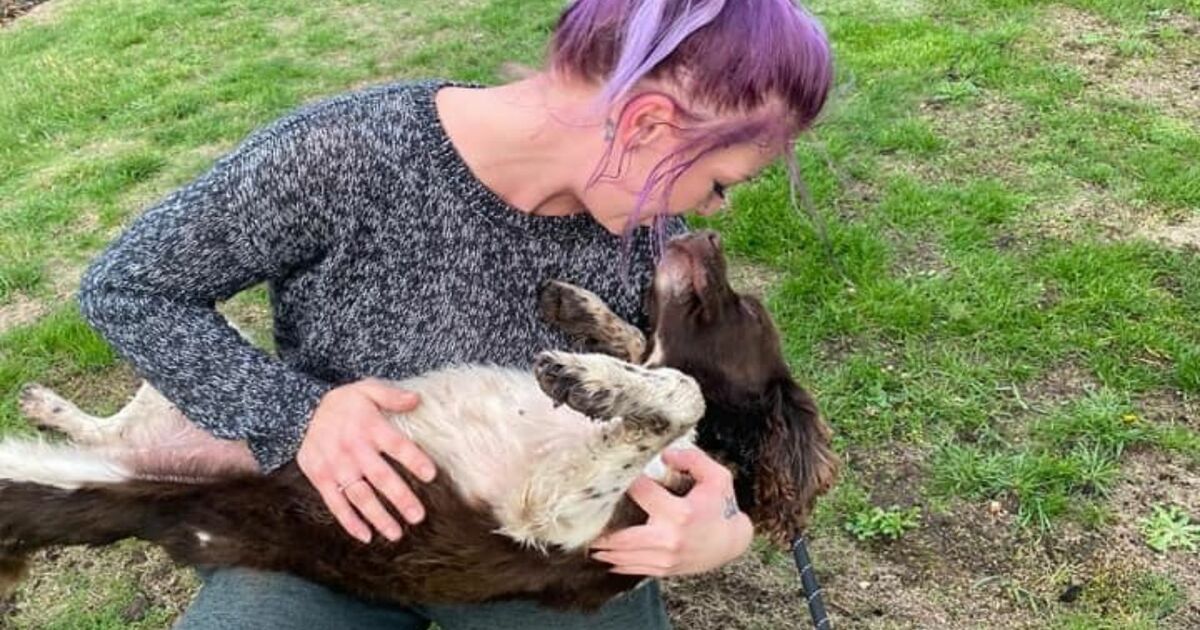 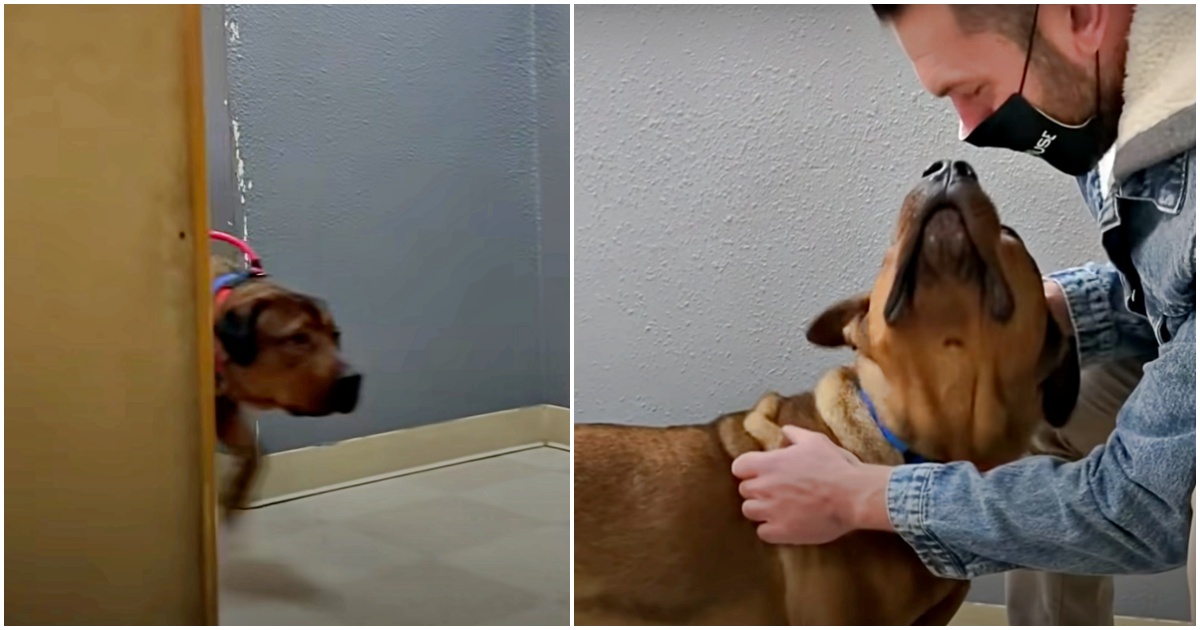