For lots of dog lovers, their favorite breed is “stuffed.” Say, for example, you’re living with severe allergies or more likely you’re a child not financially independent enough yet to raise a living dog. Or maybe you just think stuffed animals are cute! Either way, if you bring your stuffed dog with you to a cafe, odds are you love it very much and don’t want to be separated from it.

That’s at least what the people at Tama Cafe in North Carolina figured when they shared photos of a stuffed pup after it had been left behind at the cafe over Christmas. If you couldn’t see the photos, you might believe the caption was written about a real living dog.

“HELP! Lost Puppy! This little guy was left at the cafe in Wilmington. We are certain his owner misses him greatly. He is very friendly and cuddly, although we left him alone over Christmas and he more than made himself at home!”

The photos showed this forgotten puppy getting into all sorts of trouble around the cafe. He filled up on beverages and even broke into the cash register for a spree.

The post now has over 800 shares. The funny posed pictures seemed to work, everyone wanted to help this lost puppy find its home.

“I love that you did this! Not long ago my daughter lost her very special cuddle pup and it wasn’t ever found… I wish someone had done this for her.” -Kristie Lynn via Facebook

“My 2 oldest kids have each lost their special toys when they were younger so I LOVE that this was shared!” – Linda Ambert via Facebook

In the mean time, the person running social media for Tama Cafe had an absolute ball with the unidentified and still unclaimed pup. They even took him on a little field trip.

“Spent some more time with the little guy again today. Still don’t have a hot lead on his owner. We might have given him a little too much sugar with that cookie. He started climbing things in the cafe. So we took him on a trip to the park and Wrightsville Beach (obeyed the leash law) to burn off some energy.”

This is some quality pet photography, even capturing the pup frolicking outdoors. That’s tough to accomplish with most dogs!

Hopefully this puppy’s person will see the posts and reunite with it soon! But at least we know the little guy is well looked after for now. 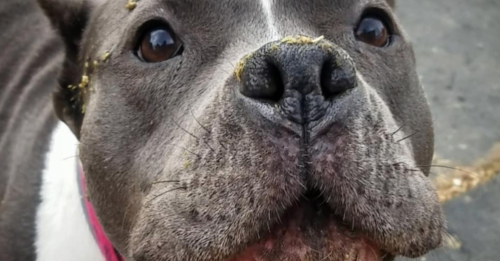 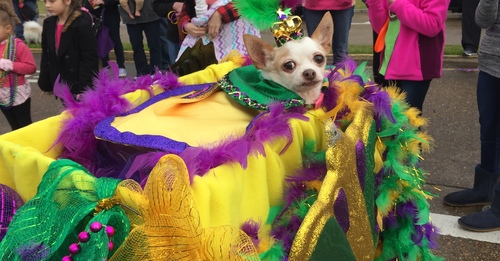