Six months into his deployment to Afghanistan, Spc. Alec Alcoser grabbed his dog’s leash and left the barracks. It was a mission day, and Alcoser and his partner, a German Shepherd named Alex, were reporting to duty. They’d been working together for months and already had a close bond. They slept in the same bed, enjoyed their free time together, and always had each other’s backs. On that day their friendship was put to the ultimate test. 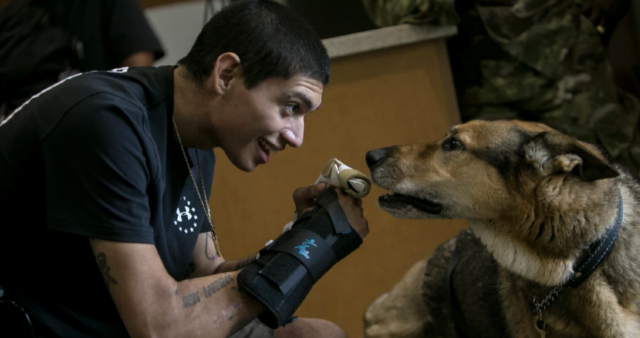 Rounding a street corner, Alcoser and Alex saw a local Afghan walking toward them. The next thing they knew, there was nothing but pain and confusion. Alcoser and Alex were hit by the suicide bomber’s blast at close range. The explosion initiated a firefight, and the soldier and his dog were caught in the middle. Seriously injured, Alcoser could do nothing but wait for it to end. Through it all, his dog never left his side.

The attack killed Afghan and Czech soldiers and left both Alcoser and Alex with traumatic injuries. Alcoser had multiple broken bones, including his arms and legs, and was hit by shrapnel on 30 percent of his body. Doctors also reported he suffered from a mild brain injury. Recovering was his new priority, but there was someone else he couldn’t stop thinking about. 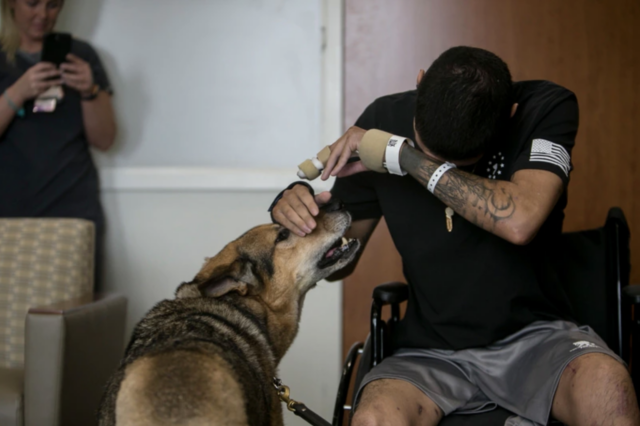 During the explosion, Alex was injured alongside his partner and fellow soldier. The dog needed to have his left rear leg amputated and was retired from service. While Alcoser was recovering at a veteran’s rehabilitation center, Alex was at Joint Base San Antonio-Lackland learning how to walk with three legs. Partway through their recovery, Alex was finally reunited with Alcoser in the nation’s capital. Both Alcoser and Alex received Purple Hearts for their heroism in the line of duty. They relished the time they had together, but that time soon came to an end.

Their separation, however, was only temporary. The soldier and his dog recently had another heartfelt reunion at a rehabilitation center in Texas. Alcoser wiped tears from his eyes as Alex got in close to greet his best friend. Despite everything that happened overseas, the two Purple Heart recipients remained steadfast friends.

Alcoser still has months of rehabilitation in front of him, but doctors are confident he’ll make a full recovery. He’s already walking, and he’s looking forward to getting back to serving his country. In the meantime, Alcoser is focusing on getting better for his wife and infant son. There’s also something else motivating him—he wants to make Alex an official part of his family. The duo made it out of Afghanistan by working as a team, and now they’re ready to be together on a permanent basis. 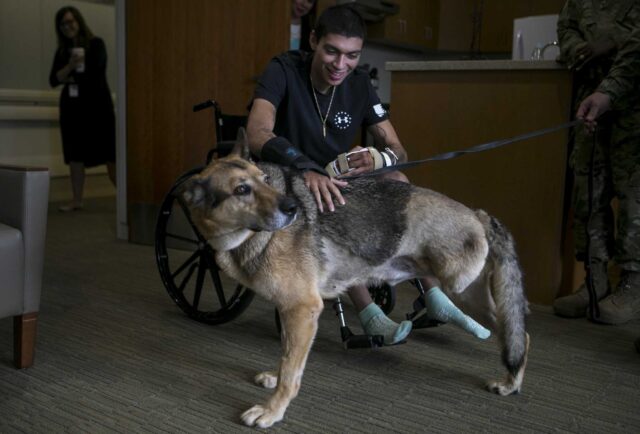 iHeartDogs recently got in touch with Alec to see if he was able to make Alex a permanent member of his family. We’re happy to report that he was able to give Alex a home with him! Both have recovered wonderfully and are living happily together! 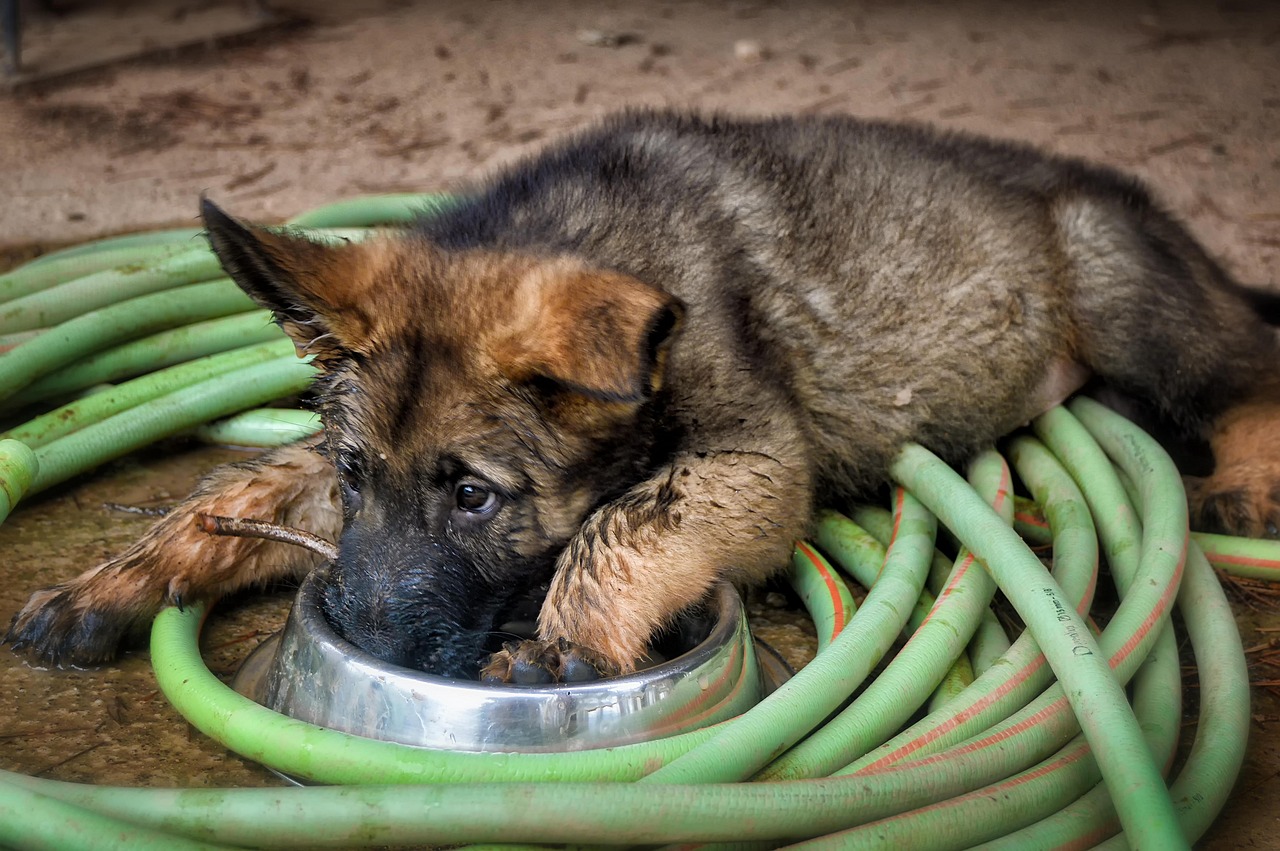 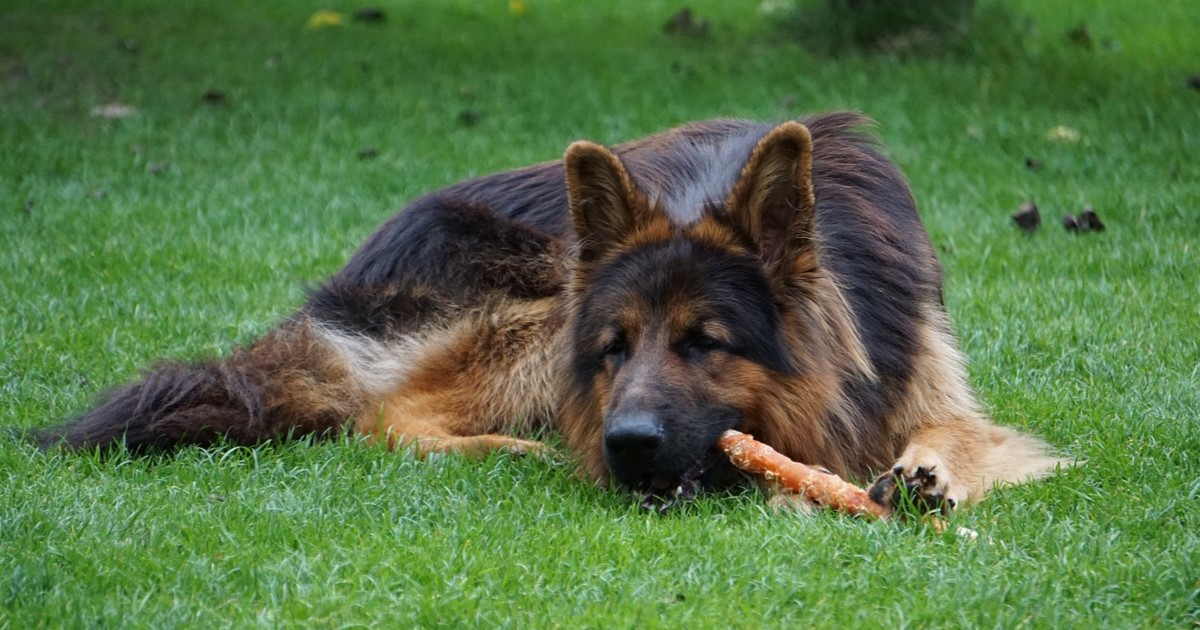 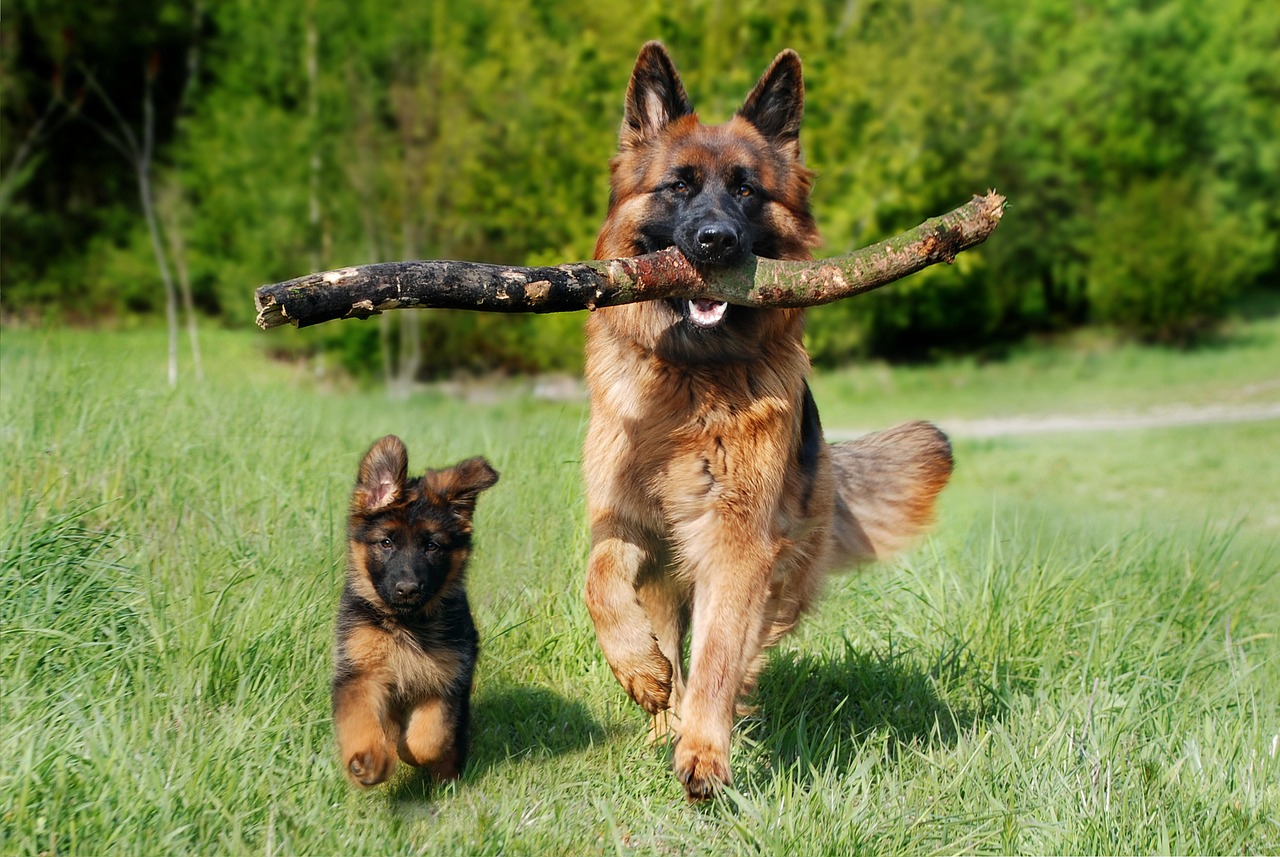