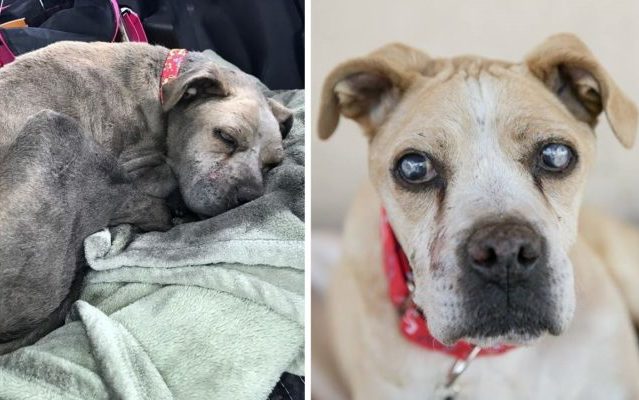 On October 20, 2017, the heroic rescuers from Hope for Paws responded to a call about an abandoned senior Pit Bull at a Sun City, CA auto yard. The dog was blind, frightened, and covered in motor oil. Despite his fear, the gentle dog who would come to be known as Duncan, was easily taken in by volunteers. Lisa Arturo of Hope for Paws was determined to give Duncan the second chance he so deserved. She contacted the fabulous folks … Read more 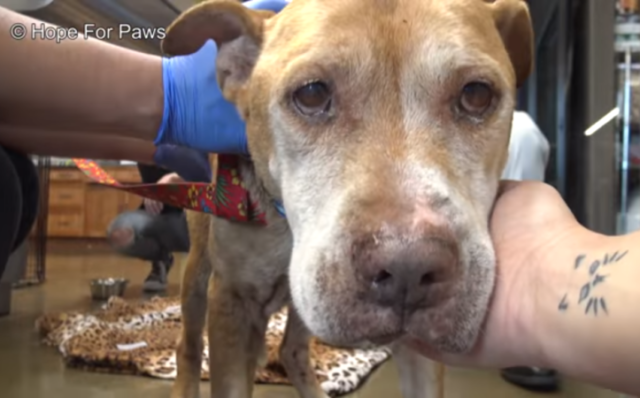 According to neighbors in the Los Angeles community where Stewie was rescued, the pitiful senior pup once had a family. After falling on hard times, they moved away, leaving the puzzled pooch behind. Ever the faithful companion, Stewie waited at his abandoned home for more than a year for his humans to return, eating rocks when his hunger became too much to bear. ﻿ Source: Homeless dog was so hungry he ate rocks! Thanks to your support, we saved his … Read more 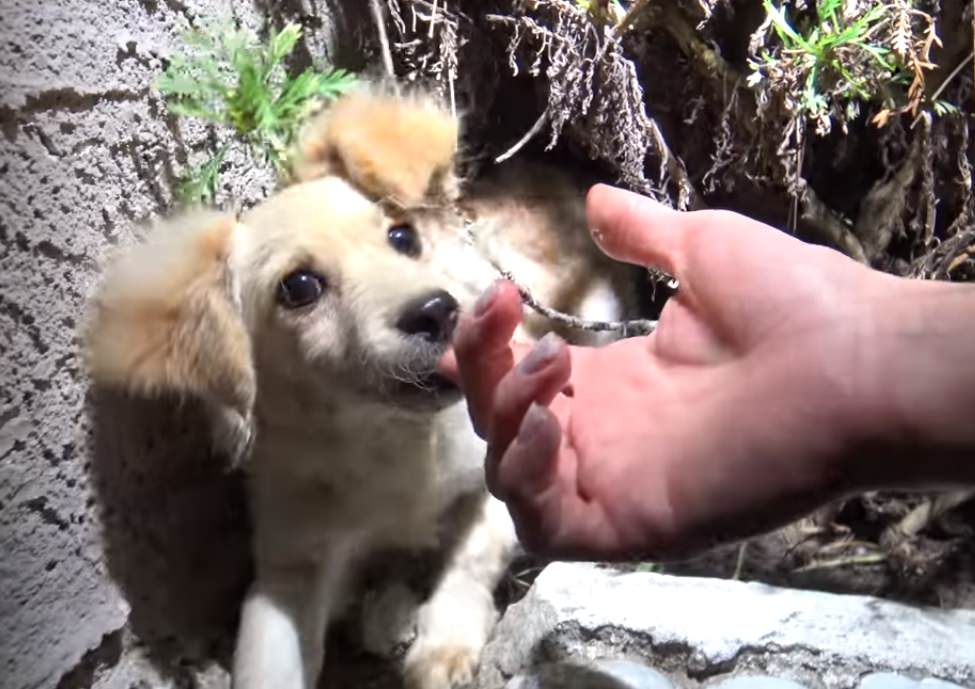 Do you know what to do when you see a dog in need of assistance? For those who have never been confronted with the situation before, it can be difficult when you find yourself there. You don’t want to frighten or injure the dog, but you don’t want to be bit by a scared pup or risk it running away before help arrives either. A successful rescue takes planning and a delicate hand. When a stranger saw a pup cowering … Read more 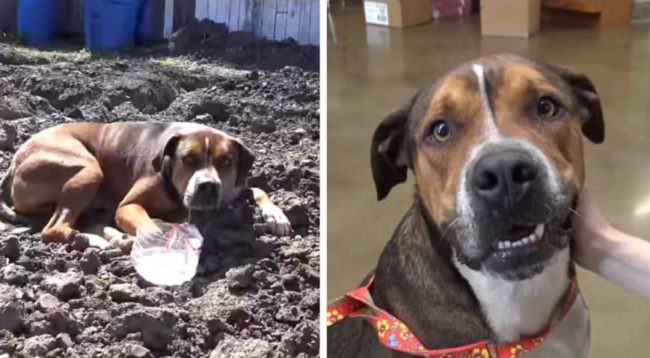 The most rewarding part about dog rescue – aside from watching them head off to their new homes – is witnessing the remarkable transformation that takes place when downtrodden rescue dogs realize they have been saved. There is a shift in every aspect of their behavior and posture, as if their long-lost hope for a brighter future has miraculously returned.   In the following video, the compassionate animal lovers at Hope For Paws save yet another lonely, dejected stray from the … Read more 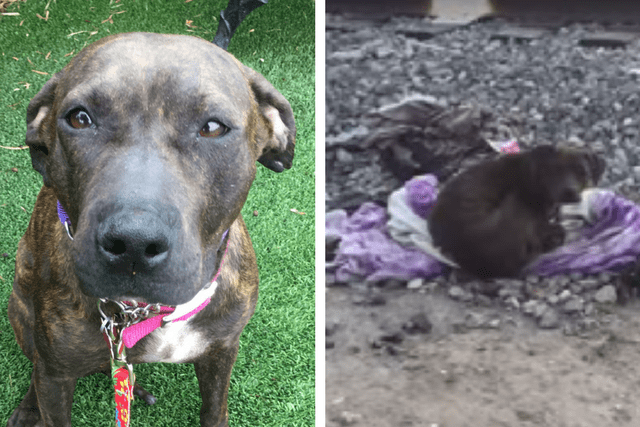 Hope For Paws is an organization in Los Angeles, CA that is committed to helping as many homeless animals as they can. They save dogs who are injured and starving and give them second chances at life. They’ve seen countless cases of canine heartbreak, and the story of a homeless pit bull who sat vigil over her dead friend’s body is especially poignant. The dog, later named Cassandra, was first found by railroad maintenance workers. She hadn’t left the side … Read more 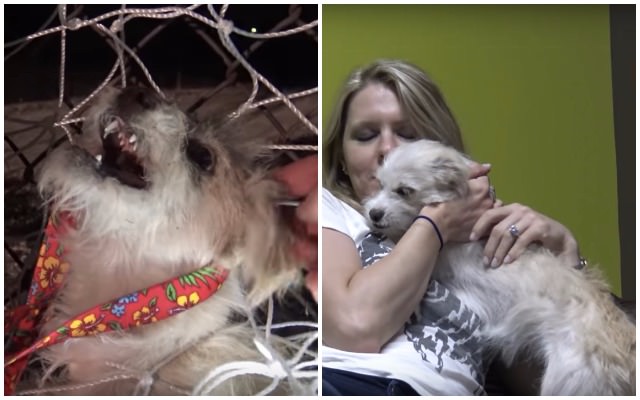 When dogs are terrified for their lives, they sometimes come off as aggressive, plus they may have been hurt by humans before. The dog in the video below is small, but feisty. It’s unknown how long she’d been living on the streets, but the skittish pup had been seen by the L.A. river for several weeks before anyone had been able to rescue her. When Hope For Paws arrived on the scene, they put netting on the fence that surrounded the river … Read more 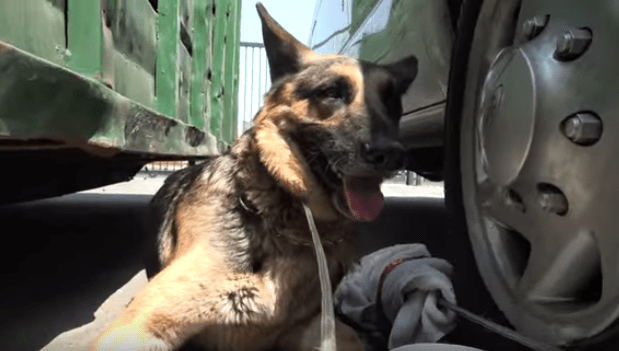 Hope for Paws is a non-profit animal rescue group based in Los Angeles, CA. When they were notified of a homeless German Shepherd living outside of a medical clinic, they quickly jumped to action to help save the dog. Unfortunately, he was very scared and did not want anything to do with humans at all. He ignored their food and treats, despite how hungry he probably was, and kept running away to hide. The Hope for Paws team was trying … Read more 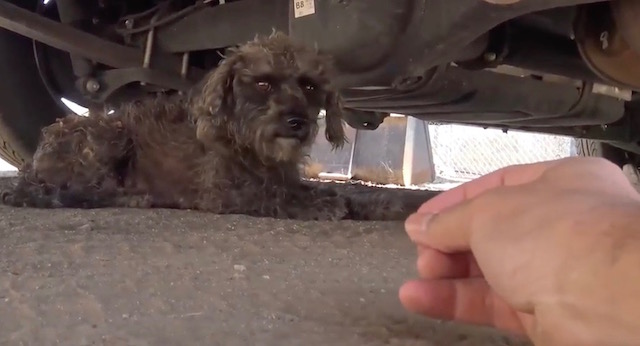 Hope For Paws in a Los Angeles-based dog rescue that’s shared tons of amazing rescue stories. Recently, they received a call about a small, shaggy stray dog who had been homeless for at least a few months. While the rescuers are used to dogs running and hiding from them due of past traumatic experiences, they suspected that this pup didn’t want to leave her spot for another reason. Once they were finally able to get the pooch safely contained, they saw that … Read more 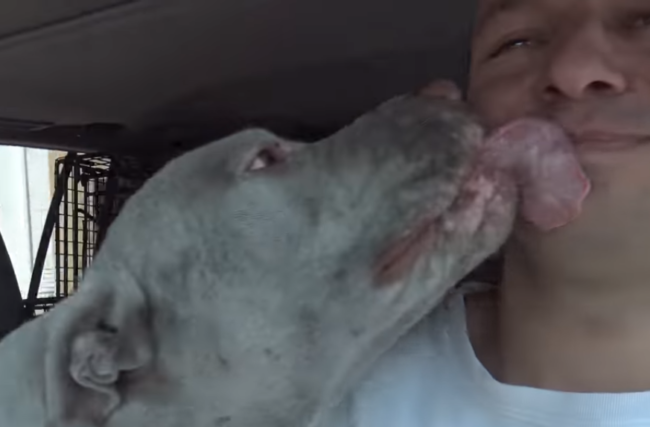 Hope For Paws Animal Rescue Organization is devoted to helping dogs in need. Many of their efforts to save the fearful, abused dogs of Los Angeles are quite challenging. They often find themselves patiently luring terrified pups who have known nothing but cruelty and neglect; but no matter what it takes, these devoted rescuers get the job done. Luckily for us, they record their efforts, providing incredible rescue and transformation videos via their YouTube channel. Recently Hope For Paws got … Read more 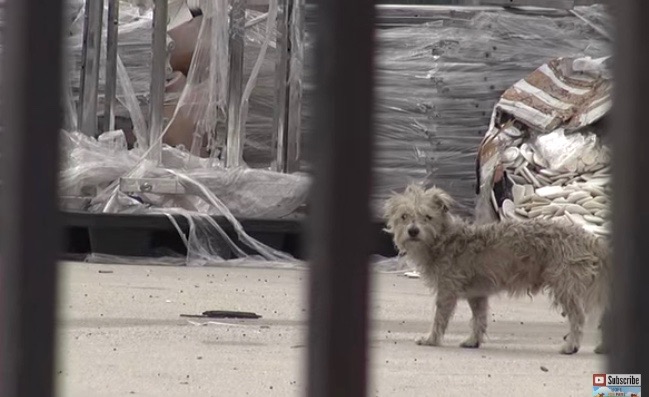 When onlookers saw a small stray running around the streets of Los Angeles, they knew the pup needed help and called Hope For Paws rescue. The Maltese/Jack Russell mix was dirty, hungry, and terrified of humans. Once rescuers saw him enter an abandoned property, they worked fast to block off the area so they could reach the pup and bring him to safety. He was so scared, he kept running and hiding. Eventually, he got so tired, they were able to catch up … Read more