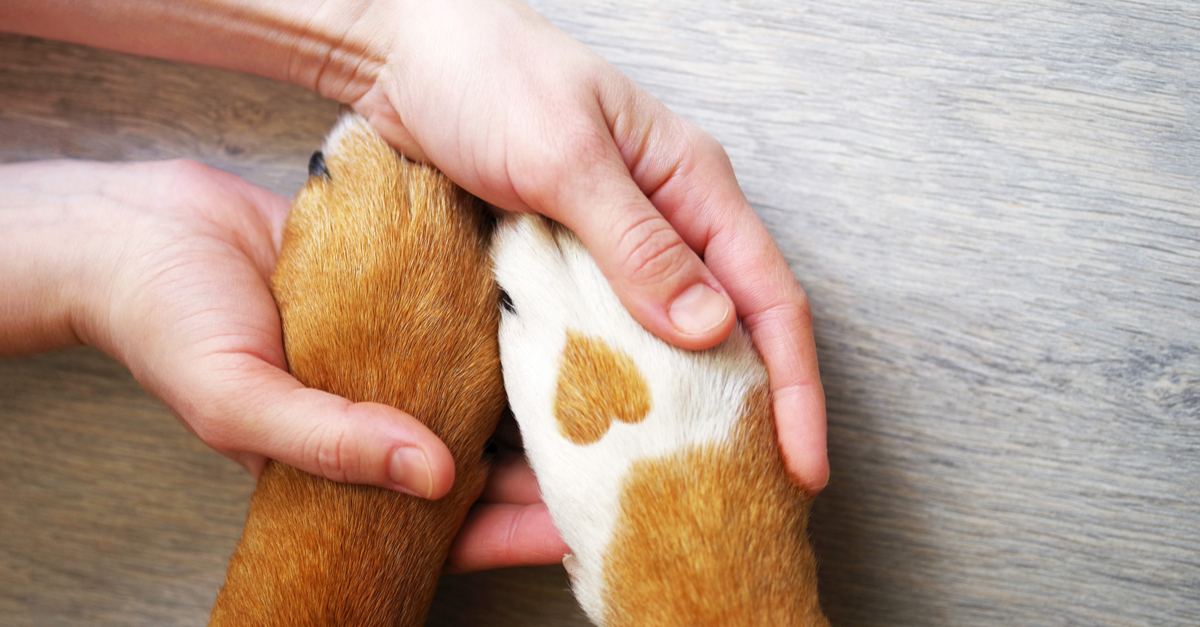 HealthyPaws vs. Trupanion: What Are The Differences and Who is Superior?

Thank you for visiting our guide to HealthyPaws vs. Trupanion pet insurance. Below you’ll find a comparison of plan rates, multipet discounts, wellness plans, coverage amounts, and more.

What Are the Differences Between HealthyPaws and Trupanion Pet Insurance Plans?

The comparison below will show you the pet insurance plan features of HealthyPaws and Trupanion, as well as many of the other top pet insurance carriers.

iHeartDogs is reader-supported. When you buy via links on our site, we may earn an affiliate commission at no extra cost to you.

To receive your no obligation Quote Comparison Between HealthyPaws and Trupanion, fill out the form below

Common Questions About Trupanion Vs. HealthyPaws

Both HealthyPaws and Trupanion offer unlimited annual coverage, meaning there is no maximum amount covered.

Unfortunately neither HealthyPaws nor Trupanion offer a multipet discount at this time.

Who is Cheaper: Healthy Paws Vs. Trupanion?

In our example quote, HealthyPaws beat out Trupanion by a large margin ($26.25 vs. $68.25). The example quote was for a 1 year old 30 lb mixed breed dog based out of the Texas zip code 75001. Keep in mind, however, that your location, dog’s age, breed, gender, and other factors greatly affect your pricing. The best way to know whether Trupanion or HealthyPaws is cheaper is to run a comparison quote here.

The Bottom Line: Who is Better Trupanion or Healthy Paws?

Overall, we give an edge to HealthyPaws for more affordable pricing and fast paying claims. Unfortunately, neither Trupanion nor HealthyPaws currently offers a multipet discount or an optional wellness coverage plan, covering things like normal vet exams, dental cleanings, and other preventative tasks. Both companies are very reputable and popular with iHeartDogs readers.

iHeartDogs created surveyed our readers in 2022 about their experience with Trupanion and other major pet insurance plans.

Overall Pets Best received a 4.5 out of 5 rating:

⭐⭐⭐⭐⭐ - They may be expensive, when I first got it the price was $62 a month and it gradually went up to $72 a month and then jumped to $100 the next year... now $116... but they have paid for 2 ACL operations, and amputation and Chemotherapy for my Bulldog, they are 24/7 human contact, direct payment to hospitals, They have SAVED my dog's life and allowed her live longer ... best decision I ever made - Trupanion review by Paul, Wakefield

⭐ - They ignore paying what they owe. One year to get them to do it. Then again, another year to get paid. My veterinarian had to argue for months. We are in another arguing cycle. It’s been ten months. - Trupanion review by Leslie, Denver

⭐⭐⭐⭐⭐ - They are great in reimbursing you on what's been paid and I like the fact they pay 90/10. Really helped when my boy was diagnosed with inoperable bladder cancer and we took him to Ohio State Veterinary Clinic for his treatments. Sadly he passed away 2 years ago from a massive stroke, not the cancer we thought might take him. OSU was great. Have other animals covered by them also and have just gotten a puppy who I signed up right away. Will recommend them 100 %! - Trupanion review by Susan, Miamisburg

⭐⭐⭐⭐⭐ - There is nothing that I don't like about this Company - Trupanion review by Maura, Conception Bay South

⭐⭐⭐⭐⭐ - Price is fair and reimbursement I s fast - Trupanion review by Bsrb, Northville

⭐⭐⭐⭐⭐ - Our golden retriever was very prone to illness- epilepsy, bladder stones, digestive issues, knee surgery, autoimmune immune issues. We incurred over $30,000 of veterinary expenses in an 18 month time period, and over 80% was covered by our policy. Having Trupanion made it possible to give my baby the best possible care. - Trupanion review by Lori, Lambertville

⭐⭐⭐⭐ - No annual max , deductible applies to each illness, or accident - Trupanion review by Mary, Coeur d'Alene

⭐⭐⭐⭐⭐ - My dog was a middle-aged rescue from the shelter, and they had no problem insuring her. I have since had issues to be covered, and they were, without question. I was paid within days. The first time took a little longer because they wanted information from the vet. I couldn't be happier. - Trupanion review by MK, Rancho Cordova

⭐⭐⭐⭐⭐ - Love that I get to choose my deductible and get 90% back on everything but office visits. Dislike that they don’t cover wellness but I have had great experiences when filing claims and get paid back very quickly. - Trupanion review by Lynne, Walpole

⭐⭐⭐⭐⭐ - I love the peace of mind I have knowing my dog can get the best care - Trupanion review by Cathy, Calgary

⭐⭐⭐ - I like that they are speedy and easy to use. I don't like that they don't cover regular maintenance office visits. - Trupanion review by kathy, Everett

⭐⭐⭐⭐⭐ - Cover exactly what they say they do and do not quibble about costs or delay paying claims. - Trupanion review by Karen, Jackson

⭐⭐⭐⭐⭐ - Been excellent for one dog not so good for my second dog - Trupanion review by Susie, Des Moines

iHeartDogs surveyed our readers in 2022 about their experience with HealthyPaws and other major pet insurance providers.

Overall HealthyPaws received a 4.4 out of 5 rating:

⭐⭐⭐⭐⭐ - They have no max payout and claims are processed w/in a couple days! - HealthyPaws review by April, Powhatan

⭐⭐⭐⭐⭐ - I have never had a problem with a claim being paid promptly or as I thought it should be (and there have been a lot). My rate has really gone up…more than I would have expected but I have had (and continue to have due to allergies) many claims so it is still worthwhile. - HealthyPaws review by Marcie, Madison

⭐⭐⭐⭐⭐ - I Like they have always reimbursed me for treatments for both my dogs. No dislikes . - HealthyPaws review by Susan, Petaluma

⭐⭐⭐ - When one of our dogs died 2 winters ago I called Healthy Paws right away to cancel the insurance policy for him. I made it clear that we still had 2 other dogs who were to continue coverage. However, about a week later I found out that all 3 dogs had been cancelled. It took me numerous phone calls, emails, letters, inquiries before the 2 living dogs got reinstated. Luckily the dogs did not experience any health issues during that time. Healthy Paws said that they would not be covered til they were again under coverage. The company did not act overly concerned or sorry for the error. Continue to search for other options. - HealthyPaws review by Leatha P., Colorado Springs

⭐⭐⭐⭐ - they keep raising premiums, as your dog gets older, even when you do not file a claim. And they are suppose to raise them when vet cost go up. - HealthyPaws review by Tony, Philadelphia

⭐⭐⭐⭐⭐ - Always been easy to work with, file claims, and get reimbursed 😍 - HealthyPaws review by Linda, Lenoir City

⭐⭐ - They randomly seem to increase the premiums. I don’t like a lot of the policy’s like if you get referred to a specialist they won’t pay for the exam. I’d probably leave them but now I have a dog who’s been having issues and it’s harder to move. I won’t use them again with a new puppy for sure. - HealthyPaws review by Tory, Ithaca

⭐⭐⭐⭐⭐ - Premiums go up even though I’ve never used it - HealthyPaws review by Ann, Ormond Beach

⭐⭐⭐⭐⭐ - Easy to file claims and they respond quickly. I understand what is covered and what isn't. - HealthyPaws review by HELENE, Palos Hills

⭐⭐⭐⭐⭐ - Able to pick the coverage I want. Payments are fairly fast. - HealthyPaws review by Joyce, Novato

⭐⭐⭐ - I like the price. I don’t like the fact that I have to pay upfront and then get reimbursed. I want an insurance that will pay the veterinarian directly, like human health insurance. Why do I even have insurance if I have to pay the vet and if I don’t have enough to cover the cost, I will have to put my dog down. This doesn’t make sense. I should just put the money into an account and only use it for emergencies. - HealthyPaws review by Colette, Deerfield Beach

⭐⭐⭐⭐⭐ - No arguments over what vet charges - HealthyPaws review by Case, Vacaville

⭐⭐⭐⭐ - Easy to upload claims through the app and they are quick to provide reimbursement. - HealthyPaws review by Karen, West Roxbury

⭐⭐⭐⭐ - Nothing to dislike yet. - HealthyPaws review by Amy, Sonoma

⭐⭐⭐⭐⭐ - Pay you back quick - HealthyPaws review by Bill, Philadelphia

⭐⭐⭐⭐ - I love how easy it Is to use and everyone is so friendly. I’m honestly annoyed at the fact my rates have increased a cumulative of over $50 in the past two years… even my car insurance hasn’t gone up by that much. However, the rate I pay is lower that what other companies would offer if I were to sign with them now. - HealthyPaws review by Catherine, Los Angeles

⭐⭐⭐⭐⭐ - Fast turnover for claims. Had the last one close in one day. Great customer service reps. - HealthyPaws review by Krystelle, Antioch

⭐⭐⭐⭐ - It was the highest rated on several surveys and they did send me a check pretty quickly but they are expensive and so I only have my older, bigger dog covered since the fee has gone up a lot. - HealthyPaws review by J.T., Morgan Hill

⭐⭐⭐⭐⭐ - Monthly premium is not the cheapest but they have been a fantastic company! They process claims quickly and have not denied any claim (no preexisting conditions and I only send claims that are allowed per the contract) - HealthyPaws review by Janet, Unknown

⭐⭐⭐ - Coverage is good but monthly cost has almost tripled in the 6 years we’ve had it with no major claims. What started as a reasonable rate is now ridiculous for a 6 year old dog and in comparing other companies with the same coverage they are all about the same overpriced rate. - HealthyPaws review by , Brooklyn

⭐⭐⭐⭐⭐ - There is no cap and reimbursement is super fast. - HealthyPaws review by Cindy, Milwaukee

⭐⭐⭐⭐⭐ - Healthy Paws has excellent customer service. My claims have all been settled and funds received within a week. I have 2 dogs, both are insured, both have had several claims. My 10-year-old has copper storage disease. Healthy Paws has paid every claim for her disease quickly and with no extra paperwork other than an itemized paid invoice. I highly recommend them. - HealthyPaws review by Lace, Palm Bay

⭐⭐⭐⭐ - They have paid quickly and without issue. Claims are easy to file.
I recommend purchasing pet insurance as early as possible because any issues your pet is diagnosed with prior to having them insured will be determined to be a pre existing condition and not covered by the insurance company. - HealthyPaws review by Heike, Portland"

⭐⭐⭐⭐⭐ - I love the 90% return. I dislike after an update on the app, I can no longer use it to take a clear picture of an invoice for submission. - HealthyPaws review by Andrea, Olympia

Compare HealthyPaws and Trupanion Pricing and Benefits Below